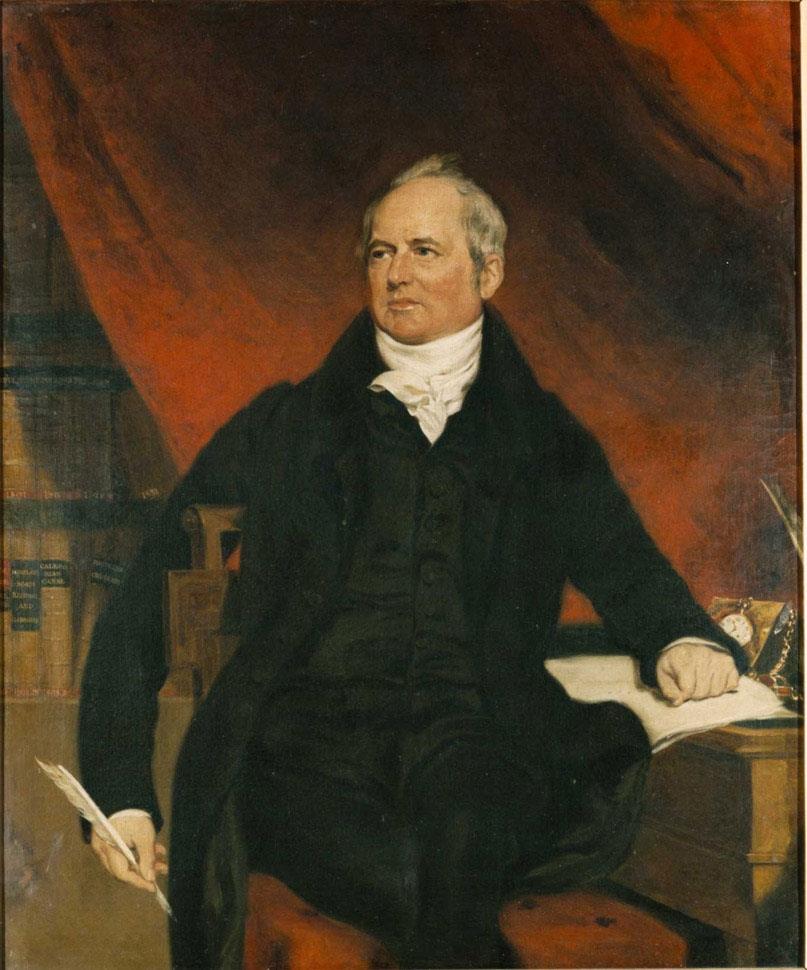 Some people count sheep to help them get to sleep – John Rickman counted people, over and over again. He was the driving force behind the country’s first census, in 1801, but also oversaw the following three censuses, in 1811, 1821 and 1831. By the time he retired there were clear trends emerging from the figures – trends which needed to be understood by a government coping with the economic strains of a country moving into a modern industrial society.

The idea of holding a national census had first been considered by Parliament back in 1753. The intention then was to register the “total number of marriages, births, and deaths, and also of the total number of the poor receiving alms from every Parish and Extra-parochial Place in Great Britain”. It was introduced by Thomas Potter, the MP for St Germans in Cornwall and it elicited considerable opposition – it would cost too much, it wasn’t feasible, it could give our enemies information which could be damaging to us by exposing numerical weaknesses.

The MP for York, a Mr. Thornton, went so far as to say that he did not believe:

‘that there was any set of men, or, indeed, any individual of the human species so presumptuous and so abandoned as to make the proposal we have just heard. …. I hold this project to be totally subversive of the last remains of English liberty …. The new Bill will direct the imposition of new taxes, and, indeed, the addition of a very few words will make it the most effectual engine of rapacity and oppression that was ever used against an injured people….. Moreover, an annual register of our people will acquaint our enemies abroad with our weakness’.

Nevertheless, the Bill passed its first hurdle but there was insufficient time for it to complete all its Readings, and the Bill lapsed. 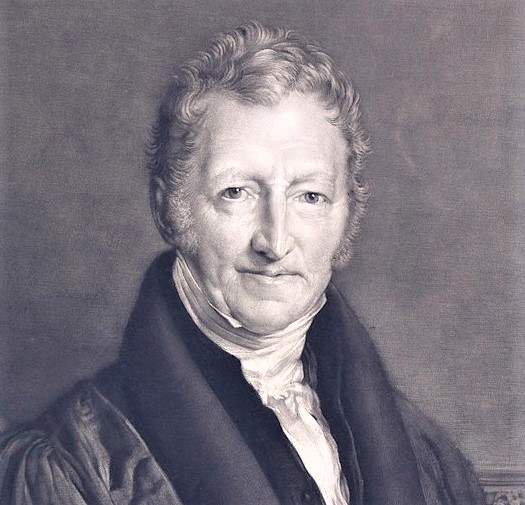 The likely enormity of the effects of a rapidly growing population was laid bare by an Anglican vicar from the small parish of Wotton, near Guildford. Writing in 1798 Rev. Thomas Robert Malthus published a book entitled An Essay on the Principle of Population and it really set the cat among the pigeons. In it, he considered how population growth related to the economy and put forward the proposition that whenever the food supply increases, population will rapidly grow to eliminate the abundance. In the long term, the population would grow so much that there would be insufficient food for them, and starvation would result. He maintained that in the absence of war, disease or moral control (i.e. sexual abstinence) the only limit to population growth would ultimately be a shortage of food.

His views triggered a fierce debate about the role of the State, on contraception, on compulsory sterilisation and also on the future of agriculture. Malthus condemned the import of foreign corn, arguing that the Corn Laws were needed to impose taxes so as to encourage home-grown grain crops. He was also opposed to the nation’s Poor Laws, feeling that they enabled the poor to buy more food, in turn putting up prices.

Arguments swirled around as the ideas of Malthus were tossed around by politicians like a hot potato. Basically, no-one could be sure whether the population was growing or shrinking. The government didn’t know where its resources were most needed, and there was a sneaking fear that the number of men available for conscription, in the event of war with France, might be less than that of our enemy. At this point in time a statistician named John Rickman entered the fray: he was a man who disliked theories – especially those of Thomas Malthus. He liked facts and figures, and he liked certainty. He accordingly pressed Parliament to carry out a census in accordance with the following principles:

1          “the intimate knowledge of any country must form the rational basis of legislation and diplomacy.”

2          “an industrious population is the basic power and resource of any nation, and therefore its size needs to be known”

6          “a census would indicate the Government’s intention to promote the public good”, and

Rickman was a successful lobbyist. He was appointed as Private Secretary to Charles Abbot (later Lord Colchester), the MP for Helston in Cornwall. In 1800 Abbot introduced a Population Bill ‘for taking an Account of the Population of Great Britain, and of the Increase or Diminution thereof’. It was passed and the Act came into force on the last day of December 1800. The first census was held just three months later – a remarkable tribute to the administrative skills and endeavours of John Rickman. He not only laid down the procedures, selected the questions, appointed the enumerators and received the results; he also analysed the results and was able to present the findings to Parliament by the end of 1801 – just nine months after the census was carried out. 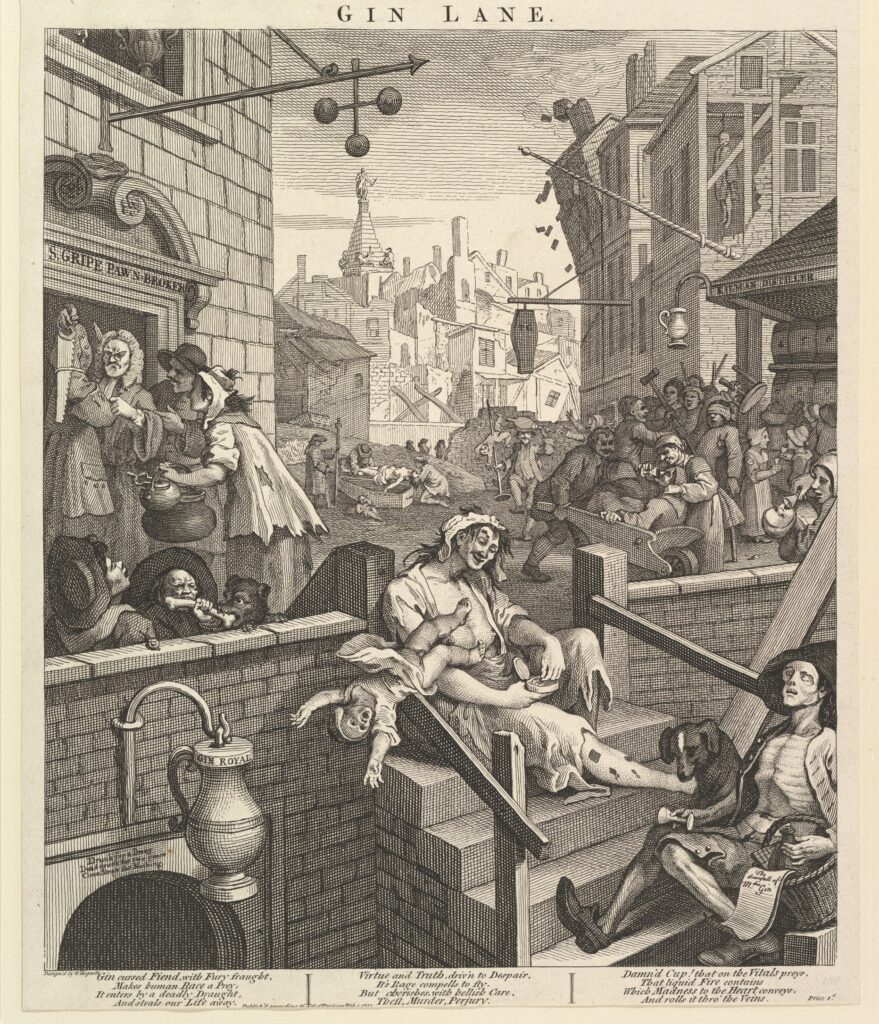 The first census result give us a population of just below eleven million in 1801, rising by 15% to nearly 12,600,000 in 1811. Within ten years it had gone up to 14,481,139 – an increase of just under 15% in 1821. Within another ten years it had risen to 16,643,028, an increase which hints at the social changes and stresses which affected the Victorian era. The quicker the rate that the population grew, the poorer the living accommodation became and in the 1840’s it was calculated that Liverpool had a population of about 40,000 living in cellars, with an average of 5 or 6 persons in each cellar. Higher population densities meant higher death rates and shorter life expectancy.

The 1821 census introduced a new question, about the age of the population, calculated in five-year bands (up to the age of twenty) and ten-year bands thereafter. The results revealed that that a huge mushroom in growth was building up – one half of the population was under the age of twenty. That contrasts with a modern figure of one quarter. It meant that these ‘Victorian baby boomers’ would soon come of age, want housing, require education, fresh water and effective drainage – and need feeding. 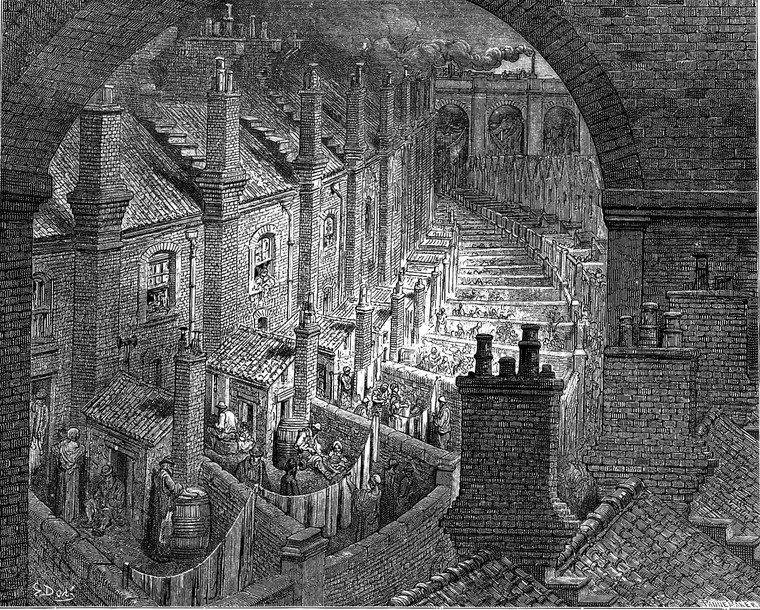 Victorian slums by Gustave Dore, courtesy of the Wellcome Institute

Within another twenty years urbanisation had tilted dramatically and by 1851 the combined population of the British Isles (including Wales Scotland and Ireland) was a staggering 27 million. London alone had grown in size from around 1.5 million to 2.5 million people in just forty years. 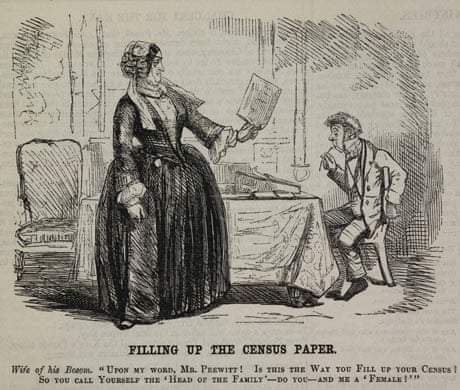 And just who was the ‘Head of the Household’ …. shown courtesy of the British Library

Rickman’s career included twelve years as the Speaker’s Secretary and twenty-six years as Clerk Assistant at the Table of the House of Commons. During his tenure he helped overhaul the rules and arrangements for recording and publishing parliamentary proceedings – rules which hadn’t changed since the 1680’s.  His work was recognized in 1815 when he became a Fellow of the Royal Society and international recognition came in 1833 when he was awarded honorary membership of the Société Française de Statistique Universelle. Somehow, in among all his work on the census, he acted from 1803 as secretary to the commissions for making roads and bridges in Scotland, and for constructing the Caledonian canal, and in 1823 was nominated to a commission for building churches in the highlands and islands of Scotland. He was a close friend of Thomas Telford, adding extensive notes to an autobiography of the great engineer which Rickman published in 1838, some years after Telford had died. He also acted as Telford’s executor. A man described as being so badly dressed that he could easily be mistaken for a tramp, in his spare time Rickman wrote articles about the antiquity of the stones at Stonehenge. All in all, definitely a man who could cure insomnia at a thousand paces….

He died in August 1840 and is buried at St Margaret’s, Westminster.