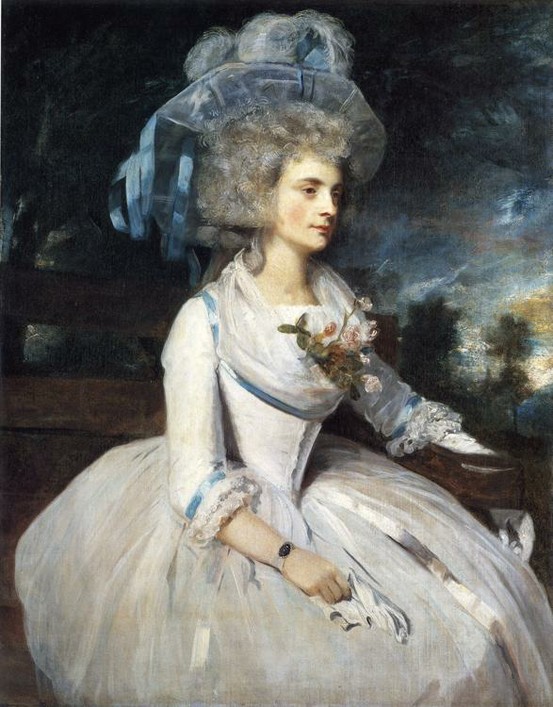 I have always been intrigued by Lady Skipwith – not because she had her portrait painted by Sir Joshua Reynolds in May 1787, when she was 35. She had been born in 1752 as Selina Shirley and was the eldest daughter of the Honourable George Shirley, son of the 1st Earl of Ferrers.

Her husband Sir Thomas George Skipwith was already a man of fifty when they tied the knot, two years before the Reynolds portrait. They got married on 13th September 1785 but the marriage proved childless; her husband had become the Fourth Baronet Skipwith* on 6th December 1778 upon the death of his father but the baronetcy came to an end when he died in 1790, at Margate. He was buried at Monks Field. 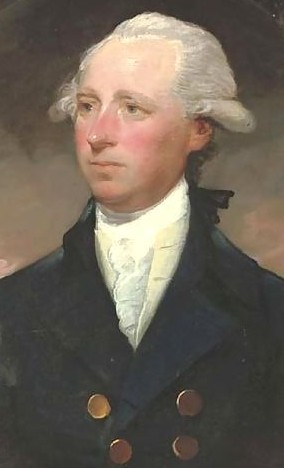 Lady Skipwith had a reputation as a skilled horsewoman, and a nephew recorded that “there was something rather formidable in her powdered hair and [the] riding habit or joseph which she generally wore.”

Other than that I know little of her life: she outlived her husband by 42 years. In his will Sir Thomas appears to have given her a right to reside in the family home at Newbold Pacey Hall in Warwickshire. When she died on 23 March 1832 the Hall passed to her late husband’s cousin, Sir Grey Skipwith.

You just get the feeling that the married couple may not have been very close – he had spent all his adult life as a bachelor and at 35 she must have assumed that with ‘the first blush of youth passed by’ she was unlikely to marry. Her husband had been an MP for a while, but never actually spoke in the House. It appears they may have had some fairly grandiose ideas for erecting a new stately pile at Newbold – plans were drawn up by Colen Campbell, chief architect of the Prince of Wales. 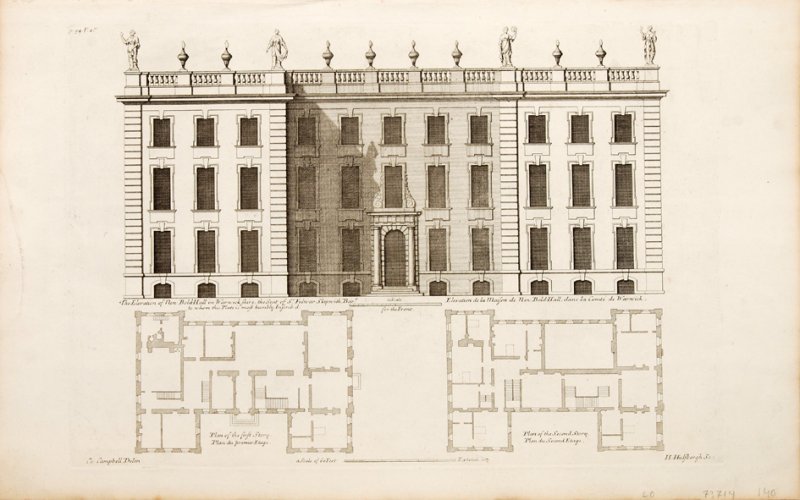 It looks as though the plans were never implemented (or certainly not in that form) and on the death of the baronet Lady Skipwith may have found herself somewhat strapped for cash. That is the only reason why I can think she came round to my ancestor Richard Hall with her begging bowl. She wanted £1100 – a not inconsiderable sum. Richard lent it to her at four and a half per cent interest, secured by way of mortgage. I do not know how they met, or whether there was a network of go-betweens putting aristo’s who were on hard times in touch with wealthy tradesmen like Richard. I can only assume that they met, some time in the autumn of 1795, because I cannot imagine he would have forked out that sort of money without checking his “investment”. Her house was perhaps 40 miles from where Richard lived.

Richard would have been well used to the idea of money lending to the cash-strapped but asset-rich members of the aristocracy – his brother in law William Snooke was most adept at the art of money lending to the well-heeled and would certainly have shown him how it was best done! Loans of up to a hundred pounds were covered by a promissory note (an I.O.U.) whereas sums above that amount but below a thousand pounds were covered by a bond (i.e. under seal). Loans of over a thousand pounds were secured on a mortgage. This was the routine long-practised to good effect by William Snooke, and this is what Richard followed. 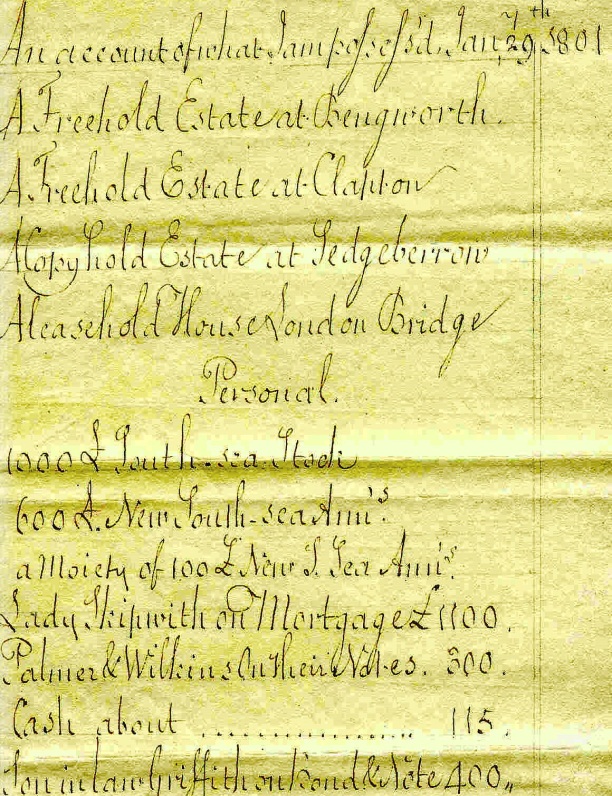 In his list entitled “Of what I am possess’d” for 1795 Richard records the loan for the first time, and mentions it again each time he revised the list (usually once a year). It was still outstanding in 1801 – the year in which Richard died – and so presumably the loan would have been called in by Richard’s executors.

* My thanks to Nancy Mayer for pointing out that he became fourth ‘baronet’, not fourth ‘ baron’. As far as I am concerned baron is used to describe beef, but I appreciate that it is supposed to be used as a peerage title!