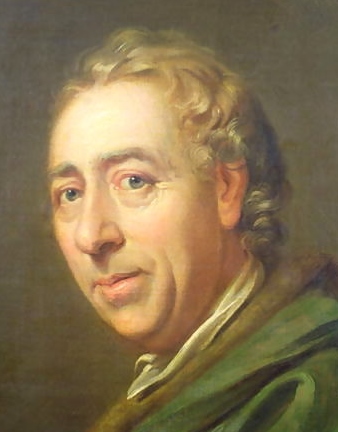 Lancelot Brown was born in Northumberland in 1716. As a lad he became a gardener’s boy at Sir William Loraine’s seat at Kirkhale Hall. In 1741,he joined Lord Cobham’s gardening staff at Stowe in Buckinghamshire, where he served under William Kent (one of the founders of the new English style of  landscape garden). While at Stowe, Brown married a local girl (sometimes described as being Kent’s daughter) and had the first four of his children.. He served as head gardener at Stowe before moving to London in 1751. He then purchased a small estate at Fenstanton and Hilton in 1767, later acquiring the manor of Fenstanton in 1770.

Richard’s diary entry showing his visit to see Brown’s handiwork at Hampton Court. (In practice Brown was only appointed Head Gardener earlier in 1761 and his influence would barely have started to become apparent).

The roll-call of his commissions is impressive to say the least: Hampton Court, Warwick Castle, Blenheim Palace, Bowood House, Longleat, Chatsworth and to a lesser extent Kew Gardens, to name but a few of the 170 gardens he helped design. His nick-name came from his invariable assertion to land-owners that their land had ‘capabilities’ for improvements to the landscape. He called himself a ‘place maker’ rather than a landscape gardener. 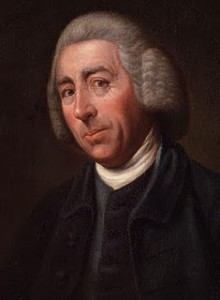 His style was as far removed from the formal knot gardens and planted-up flower beds as it is possible to get. For Brown, emulating nature was the name of the game, with rolling hills, meandering streams, serpentine-shaped lakes with overhanging trees, and perfect vistas at every turn.

Capability Brown died on sixth February 1783, in London, leaving behind a legacy unparalleled in the history of English gardening. Indeed one of the criticisms made against Brown was that he destroyed so much of what had gone before. The architect Sir William Chambers complained that Brown’s grounds “differ very little from common fields, so closely is nature copied in most of them.” Another author commented that he hoped to die before Brown so that he could “see heaven before it was ‘improved.” His works destroyed the three greatest Baroque gardens in England; Longleat House in 1757, and Chatsworth and Blenheim in 1760. In its place he brought a parkland style which became so popular that there can hardly be a stately home in the country which doesn’t show Brown’s influence to some degree.

He is buried at Fenstanton Church, Cambridgeshire.