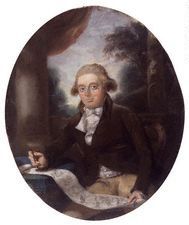 Oscar Wilde, in The Importance of being Earnest, extols the benefits of having a Bunbury, but I wonder how real life Bunbury’s reacted to hearing that their name was synonymous with a “fictitious excuse for making a visit or avoiding an obligation” (O.E.D)?

One Bunbury who I suspect might have been amused was the lovely Henry William Bunbury, born in 1750. His father was the 5th Baronet (Sir William Bunbury of Mildenhall, Suffolk) so he can be said to have been born with a silver spoon in his mouth (if not with a whole canteen of silverware).

After completing his studies at Cambridge University (St. Catherines College) he began to draw caricatures and other comic subjects, the first of which were etched and published in 1771. Not for him the scatological, virulent political satire of Gillray or even Thomas Rowlandson (who was a close friend of his) – more a gentle dig at the world and its foibles. Many of his friends were the subject of his gentle satire and remained on good terms with him because they could see that no malice was intended. 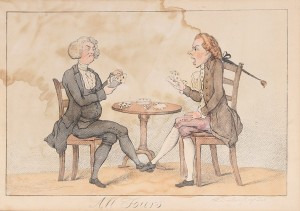 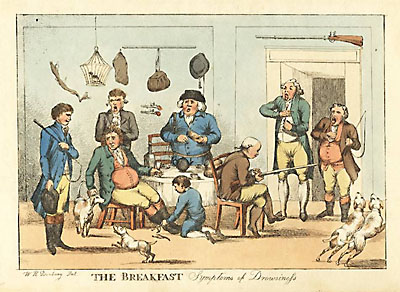 The Breakfast, showing the hounds eager to go a-hunting while their masters show signs of drowsiness and seem reluctant to leave the dinner table… 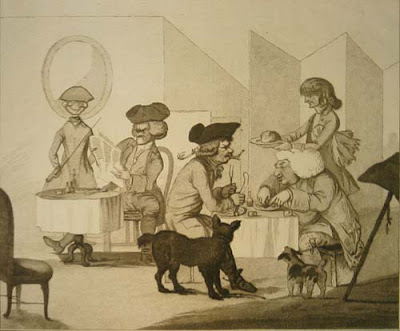 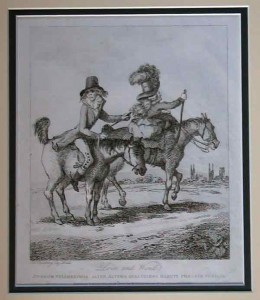 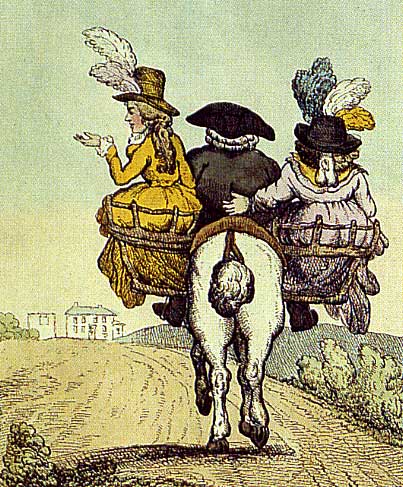 Me, My Wife and Daughter

He was a good artist – he exhibited at least once at the Royal Academy, and did the usual Grand Tour on the continent before coming back to England to try his hand at a spot of soldiering. He was captain of the West Suffolk Militia, and used his artistic talents to record their activities and in particular their horsemanship.

He enjoyed the patronage of the Frederick, Duke of York (he was appointed his Equerry in 1787) and was an adept mover through the fashionable salons of London Society. He was Groom of the Bedchamber to one of the younger royals, and was generally well-liked and highly successful with his drawings, many of which were adapted as etchings by Rowlandson. 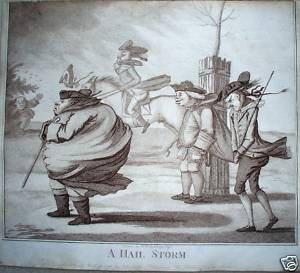 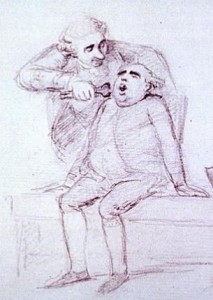 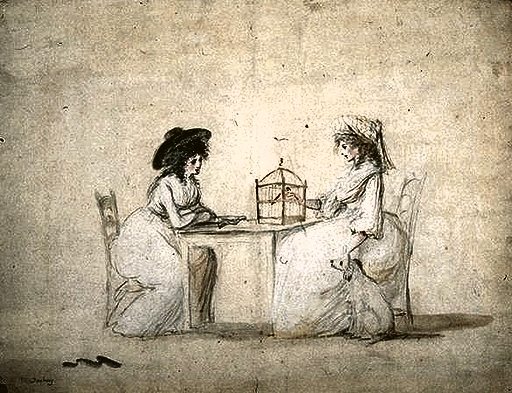 He was particularly liked for his series entitled A Long Minuet as Danced at Bath published in 1787. The finished engraving was printed on a piece of paper five feet long, and consisted of a comic-strip of dancing couples, some elegant, some ungainly, as they minuet across the pages. It is presumably this paper roll which Bunbury is shown holding in the portrait (by Thomas Lawrence) at the start of this blog. This is probably a sketch for one of the scenes: 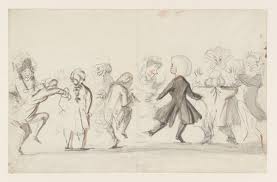 Pictures of riders were a favourite of Bunbury and in the same year (1787) he decided to have printed “An Academy for Grown Horsemen, containing the completest instructions for walking, trotting, cantering, galloping, stumbling and tumbling. Illustrated with copper plates, and adorned with a portrait of the Author.”  He chose to do this under a pseudonym, namely “Geoffrey Gambado”. I find his pictures charming, warm, and beautifully observed. 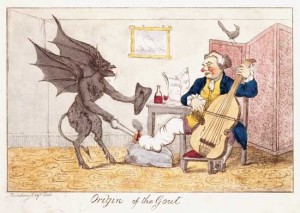 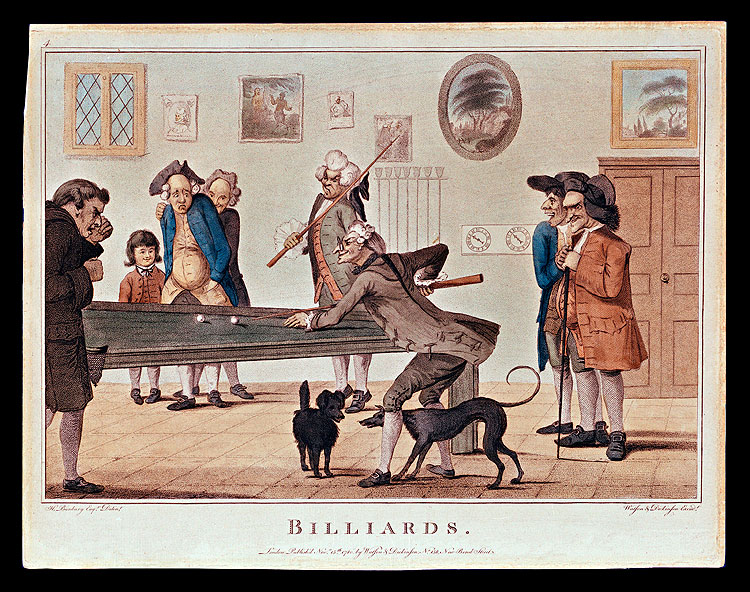 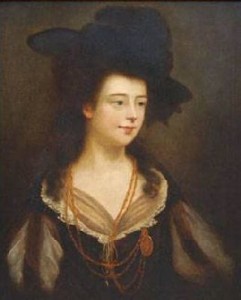 As a twenty one year old he had married Catherine, the daughter of Captain Kane William Horneck, and Catherine bore him two sons. He died on 7 May 1811. He will never be as famous as Hogarth or Gillray, but his gentle poking of fun at the world around him is a real pleasure to see.

2 Responses to “Let’s hear it for good old Bunbury! A well-bred observer of life, and of Mankind’s foibles.”