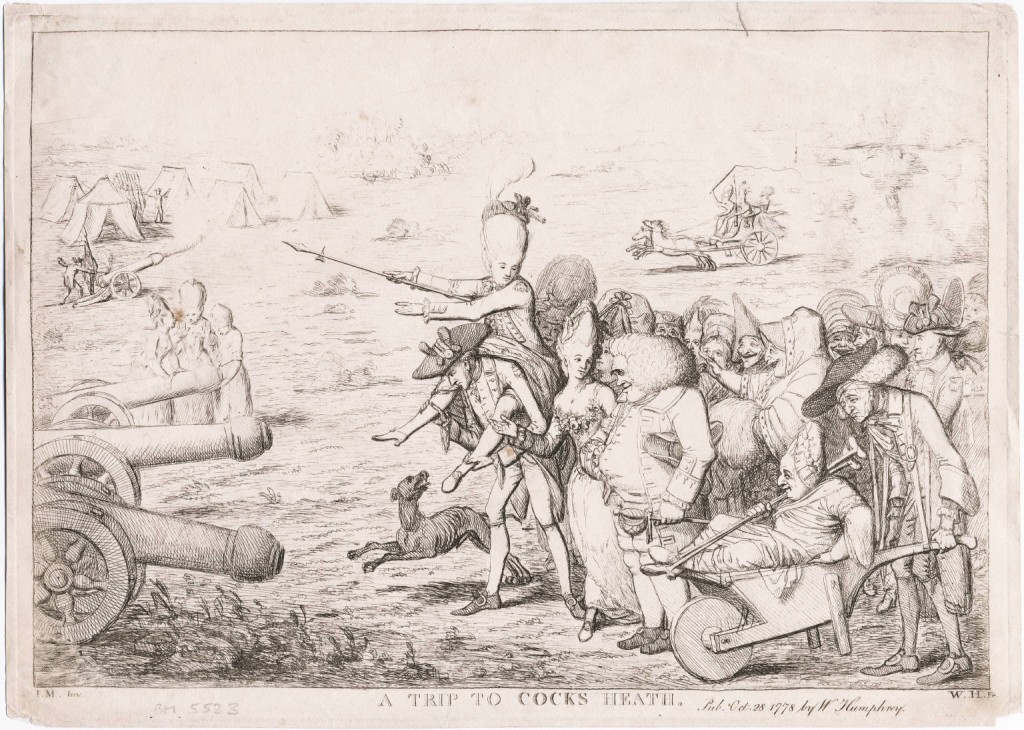 In this print, shown courtesy of the Lewis Walpole Library, we see all the ingredients of Eighteenth Century caricatures: a bit of smut, a bit of obscenity, the happy hooker, the old crone – brought together by William Humphrey in 1778 under the title A Trip to Cocks Heath.

“A crowd of visitors on the right are shown approaching the military camps at Coxheath indicated on the left with tents and cannon. The crowd, preceded by a barking dog, is chiefly comprised of women, led by a prostitute in pseudo-military garb who is carried on the shoulders of a soldier. Behind her a young woman leads a fat military officer wearing a large wig and carrying his sword in his hand. Following are two elderly women, one with a large muff, the other holding crutches and seated in a wheelbarrow pushed by an old man. Other women and soldiers make up the crowd. In the left foreground are three cannons, inscribed “9 P.”, “9 Pounder”, and “G.R. 12″, the latter being admired by several women”

Jokes about cocks, and phallic canons – what more can you ask for ?

3 Responses to “Make mine smutty …. A Trip to Cocks Heath”