Master of the Ceremonies, Bath: a reminder of Thomas Rowlandson’s take on the gregarious Mr Tyson

Ahead of giving a talk on 1st March in London to the English Dance Circle, I looked out a post I did in November 2014, when I discussed the role of the Master of Ceremonies at Bath. It still seems relevant, so here it is again: 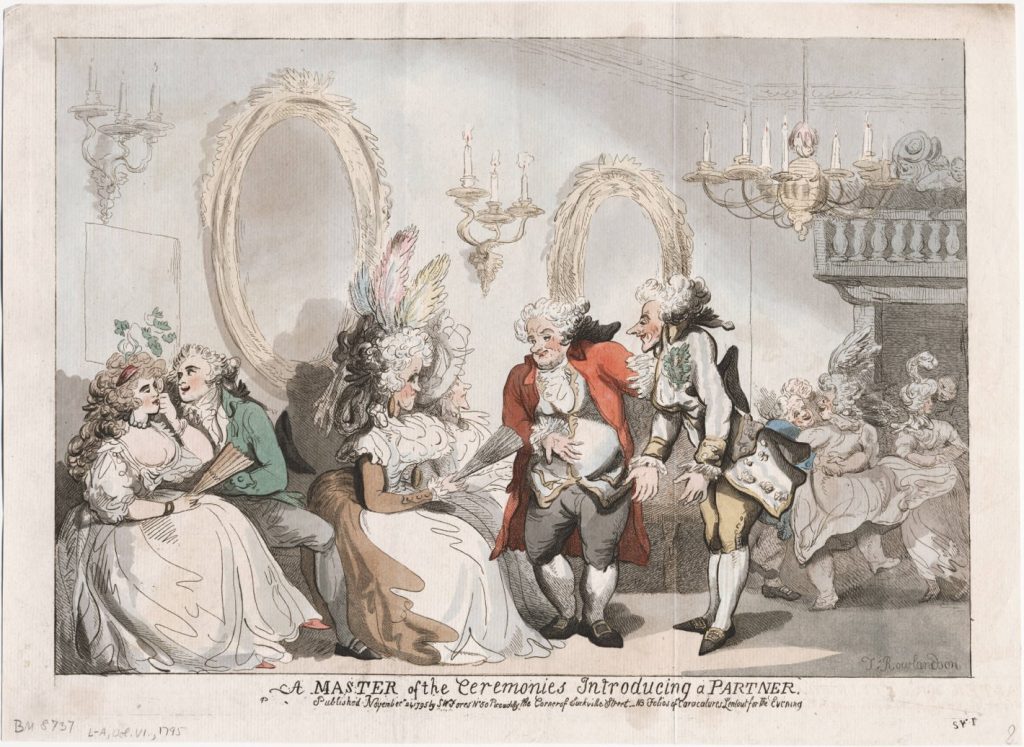 Rowlandson print, published in March 1782, entitled “A Master of the Ceremonies Introducing a Partner”

Coming across this Thomas Rowlandson sketch on the fascinating Lewis Walpole site  at Yale University reminded me of the important role played by the Master of Ceremonies at venues such as Bath. If you went to a ball you couldn’t just go and chat up a bird you fancied – you had to be introduced. And that was one of the functions of the Master of Ceremonies – to vet the attendees, decide who they were appropriate to be introduced to, and later, to effect those introductions so that the evening would be a success. I imagine it was sometimes a case of “mix and match” – a title needed money, and vice versa, while on other occasions it was mixing “like with like”.

I am indebted to the Austenonly site here for the explanation of the MoC role, given by Joseph Moser in 1807. It was their function to:
“… introduce regularity into large assemblies, to keep order, to repress the ebullitions of passion, to banish, if possible, that contraction or thrusting out of the lips which Shakespear calls pouting; to prevent violent suffusions or flushings in the female countenance; to keep the ladies from tossing, and their noses from turning up, when precedence, partners, and people that nobody knows, with a hundred other serious circumstances, excite those emotions. He has also annexed to his office something clerical, it being his business to join hands: but he goes still farther, he frequently procures partners, who sometimes under his banners enlist for life.” (See The Sports of Ancient London. The Sporting Magazine. ) 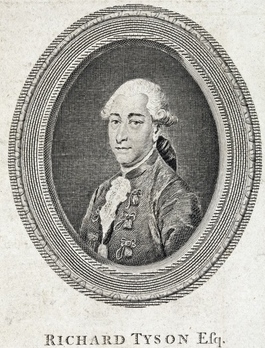 The print dates from 1795 and shows Richard Tyson, Master of Ceremonies, effecting an introduction of a gentleman who is clearly no longer in the first flush of youth, to a pair of ladies who definitely should only be seen by dim candlelight!
Richard Tyson had been MoC of the Upper Rooms at Bath for a number of years. Since 1771 there were two separate rooms – in time, the new (Upper) Rooms had a separate MoC from the (original) Lower Rooms – a far cry from when there was but one “King” of Bath, in the form of Beau Nash, who was in sole charge of proceedings from 1704 until around 1760.
According to Wikipedia “He (Nash) would meet new arrivals to Bath and judge whether they were suitable to join the select “Company’ of 500 to 600 people who had pre-booked tables, match ladies with appropriate dancing partners at each ball, pay the musicians at such events, broker marriages, escort unaccompanied wives and regulate gambling (by restraining compulsive gamblers).” Not bad for a days work! 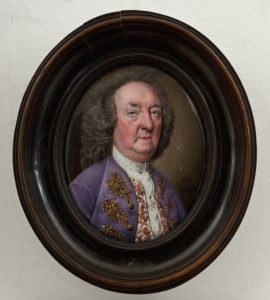 It does seem a bit hard therefore, that when he died, the long-serving, long suffering Beau Nash ended up in an unmarked paupers grave. He had been a prodigious gambler, with enormous debts. Because of those debts he was forced to move in to the home of his mistress Juliana Popjoy. The poor girl was so distraught when he died in 1761 that she apparently went to live in a large hollowed-out tree. Which is entirely proper for the 18th Century, because of course that is what one did when feeling bereft and lonely!
Meanwhile, my thanks to Master Rowlandson for a rather lovely piece of observation of the manners, etiquette and style of Bath in its Georgian grandeur. Nice one!

For anyone interested, I will be giving a talk in London to the Early Dance Centre at 7.15 on 1st March. You can find details on the EDC website here. For tickets, contact the EDC secretary on:-  secretary@earlydancecircle.co.uk