Personal hygiene was never a strong-point for Richard Hall, and, as I have mentioned before, he rarely bathed. A two-month interval between such ablutions was normal, and if for any reason the interval was less, he described the process as being a ‘continuation’.

“Resum’d my Bath and thro’ Mercy was carried very well through it.” 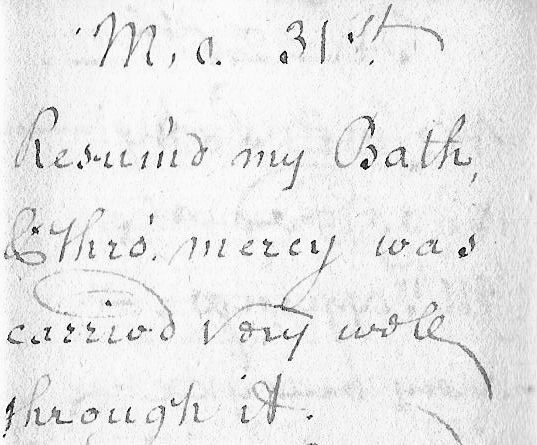 Clearly taking a bath was seen as a risky activity, and one which Richard did not repeat until the height of summer…. I think another dab of Eau de Cologne on the hanky might be called for!

Post script: Just in case you feel that I am being unfair to grandpa, and wish to point out that he may well have wash’d his important little places in between bath-times, he may not have been fastidious about washing but he was fastidious about recording such instances in his diary! We even have: