As a child I remember learning the words of the song ‘Bobby Shafto’, with the verses which start:

“Bobby Shafto’s gone to sea,
Silver buckles on his knee,
He’ll come back and marry me,
Bonny Bobby Shafto. 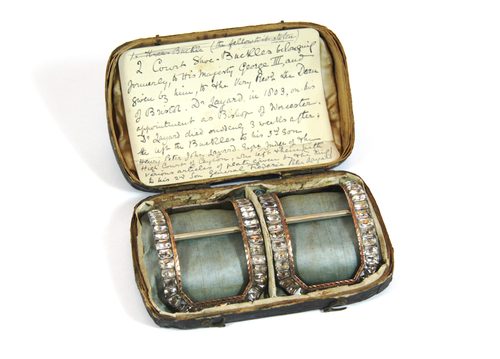 So who was Robert Shafto, what did he do, and why does the song commemorate him? The answer is not entirely straight-forward for there are many myths and contradictions, not helped by the fact that successive generations have added verses of their own.

What appears to be the case is that there was originally a North country ballad sung to a Scottish folk tune which was previously given the title ‘Brave Willy Foster’. Some suggest that the original Robert Shafto was a resident of County Wicklow in Ireland in the eighteenth century. I can find no record of this apart from hear-say.

What is clear is that even if the words were not initially written about the Robert Shafto who was a resident of Whitworth, near Spennymoor in the north east of the country, he chose to adopt it as an election song. He went on to become an MP, first for Durham City (1760 to 1768) and later for Downton in Wiltshire.

If he is the Bobby Shafto then he was born around 1730, the son of John Shafto who died in 1742. He is believed to have been educated at Westminster School in London before going up to Balliol College Oxford in 1749. Both his father and uncle had served as the local Tory MP in Durham  and they lived at Whitworth Hall, a fine country house which  burned down in 1876. In 1891 the ruined pile was replaced with a Victorian building, now the Whitworth Hall Country Park Hotel.

Our Robert was indeed flaxen haired and a dedicated follower of fashion. He had his portrait painted by Sir Joshua Reynolds. The portrait shows him as tall, slim and youthful. What is clear is that when he too stood for parliament he was happy to adopt the moniker of ‘Bonny Bobby Shafto’ and to use this ditty when electioneering.

The story, quite possibly totally fictitious, is that Robert was at one stage betrothed to a local heiress, one Bridget Belasyse from Brancepeth  (not far from his home at Whitmore).The story goes that Bobby upped and left her, leaving her devastated. In the story she dies of a broken heart, just a fortnight after her beloved went and married Anne Duncombe in 1774. Or maybe it was a fortnight before the wedding. Or perhaps it wasn’t a broken heart after all, but pulmonary bronchitis. (You makes your choice and takes your pick).

The records show “Anne Duncombe married Mr Robert Shafto on 18th April 1774 in the private dwelling house of her Uncle, Thomas Duncombe, in Grosvenor Square, London. The ceremony was conducted by Thomas Shafto of Brancepeth, the witnesses were Lisburn and T Duncombe esq.”

So, clearly there was a Brancepeth connection, since Bobby’s brother was rector there. But whether Bobby had ever run off to sea, is not recorded.

Anne was a wealthy woman who inherited a house at Downton in Wiltshire when Thomas Duncombe died. Consequently Bobby and his wife moved South to Downton where they are known to have had three children, John, Robert, and Thomas. It is not known exactly when Anne died, but probably around 1783/4. She was buried at Downton. (And no, they didn’t live at the Abbey!)

Robert  remained a widower. He died in November 1797, and is buried in the Shafto family crypt beneath the floor of Whitworth Church.

He was succeeded by eldest son, John Shafto. John’s son Robert Duncombe Shafto also stood for Parliament and it was for probably for his election campaign in 1861 that an additional verse was added:

All his ribbons flew about

All the ladies gave a shout