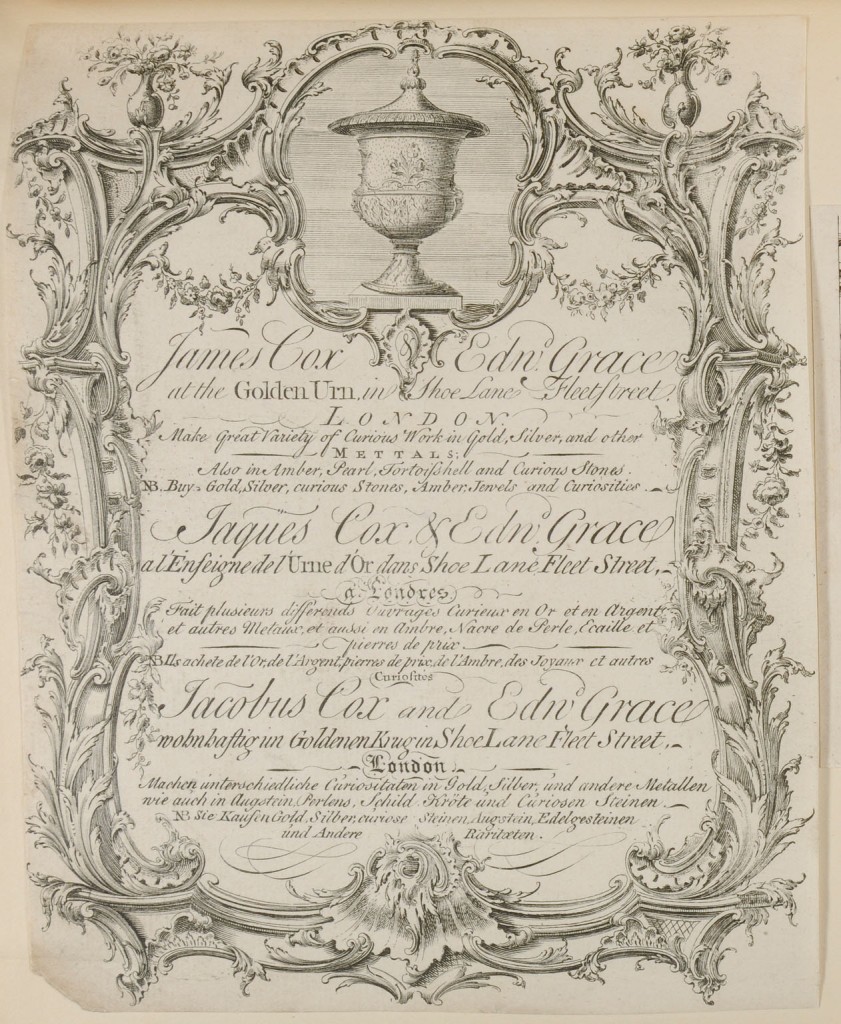 My ancestor Richard Hall was fascinated by automata, particularly those marvelous exhibits to be found at Cox’s Museum in Spring Gardens. I still have his catalogue of the various exhibits, such as life-sized tigers made of solid silver studded with rubies and other precious stones. Seeing these figures sway from side to side must have been a wondrous experience. 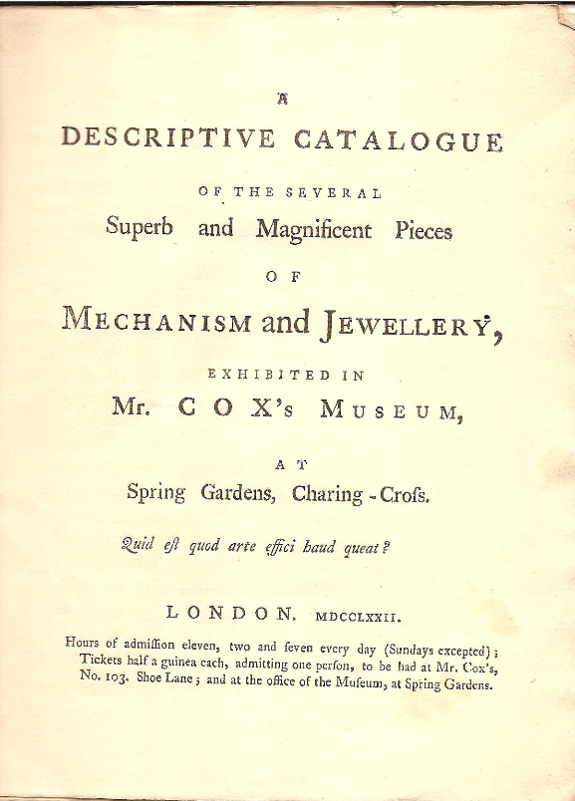 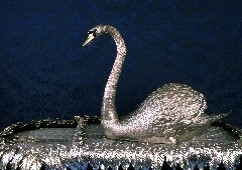 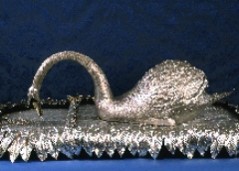 The swan with its amazing articulated neck

You can still sense the amazing and complicated machinery if you visit Bowes Castle and see the famous silver swan – one of the few surviving exhibits from Cox’s Museum. Most of the other exhibits would have been melted down when James Cox went bankrupt and his stock failed to find a buyer at auction. The actual machinery for

the swan (and there are three separate machine parts) was made by my favourite Georgian entrepreneur J J Merlin, about whom I have blogged previously. He was a wonderful and indefatigable inventor and clock-maker, and I am sure that Richard Hall would have gasped in amazement at some of his pieces as they twirled, twisted and moved, often to music.

Anyway, I am reminded of this because I received notification of a forthcoming sale in Geneva by Sotheby’s. I was sent notification of it by Enfilade the online serial newspaper for Historians of Eighteenth Century Art and Architecture. The news snippets are great at drawing attention to books, exhibitions and so on, and they can be followed on Twitter using @Enfilade_HECAA

The auction is next month (May 14) and doubtless if I had a spare half a million dollars to spare I would put in a bid for the star of the show, a magnificent piece of musical automata dating from the 1820s. It is a clock which HECAA describe as being a “stunning object (which) proudly showcases the very finest of Swiss craftsmanship: its external appearance combines exquisite design and detail, while its inner mechanics represent the most advanced horological complications of the age. The bird cage features two charming singing birds as well as a captivating butterfly. Thanks to three automaton mechanisms, the elements combine to form a delightful scene filled with movement and music.” What’s not to like?

Pedro Reiser, head of Sotheby’s watch division in Geneva says “This wonderful automaton is a rare find—all the more exceptional because it features an automated butterfly. Records suggest that only one other double-bird cage clock with an automaton butterfly is currently known. We are delighted to be able to present this exquisite creation, which would be equally at home in the collection of a connoisseur or in a museum.”

According to the HECAA report “Inside the rectangular cage are two singing birds, which jump from one perch to another, opening and closing their beaks alongside an animated fountain. The fountain is topped by a beautiful butterfly, whose hand-painted wings move as it turns within the cage. The mechanism articulating these delicate movements, built in brass and steel, are ingeniously concealed inside the lower section of the cage. The birdsong, mimicking canaries and nightingales, is reproduced by a combination of bellows, whistles and cams, enabled by an intricate fusee-and-chain mechanism. This feat of horological complexity can be attributed to a highly accomplished craftsman, Jean-David Maillardet  from La Chaux-de-Fonds.”

Maillardet died on 15 November 1834 , at the age of  86 years; like Merlin he worked on a number of “perpetual motion” clocks, such as this one alongside. Along with his uncle Henri, the Maillardet’s were working in London in the 1790s and came up with some wonderful moving figures. I gather that the most famous are  the large magician and the small magician, which can still be admired in the International Museum of Clock Making in La Chaux-de-Fonds (Switzerland). 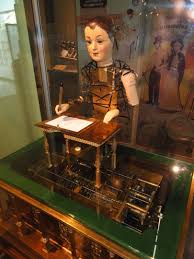 The Sotheby’s catalogue states that “The music box, which is concealed inside the base of this striking piece, plays three melodies which are triggered on the passing of each hour or on demand. The mechanism triggers brass cylinders, which in turn vibrate the 93 blades of the clavier, or the ‘comb’. The clavier is signed ‘C. F. Nardin’ for Charles-Frédéric Nardin from La Chaux-de-Fonds”

It does rather look to me that the place to visit is La Chaux-de-Fonds – next time I can engineer a visit to Switzerland I will make a point of visiting the museum!