In the Eighteenth century lotteries were often used to raise money for specific “good causes” – such as the construction of a new bridge across the Thames at Westminster,  or to establish the British Museum at Montagu House. Various public funding exercises were arranged. Even military campaigns were part-funded via the State Lottery.  In the case of James Cox, a jeweller who went monumentally bankrupt because of the high cost of his unsold stock, a lottery was also used (with Parliamentary consent) in the hope that the money raised would clear the bankruptcy. (It didn’t, and the be-jewelled automata made by James and intended for the Far Eastern market had to be sold for scrap).

My ancestor Richard regularly forked out twenty five pounds (shared with his brother in law) for a lottery ticket and on at least one occasion he won a prize. Here are the actual lottery tickets he purchased in 1753 (top) and 1740 (bottom). 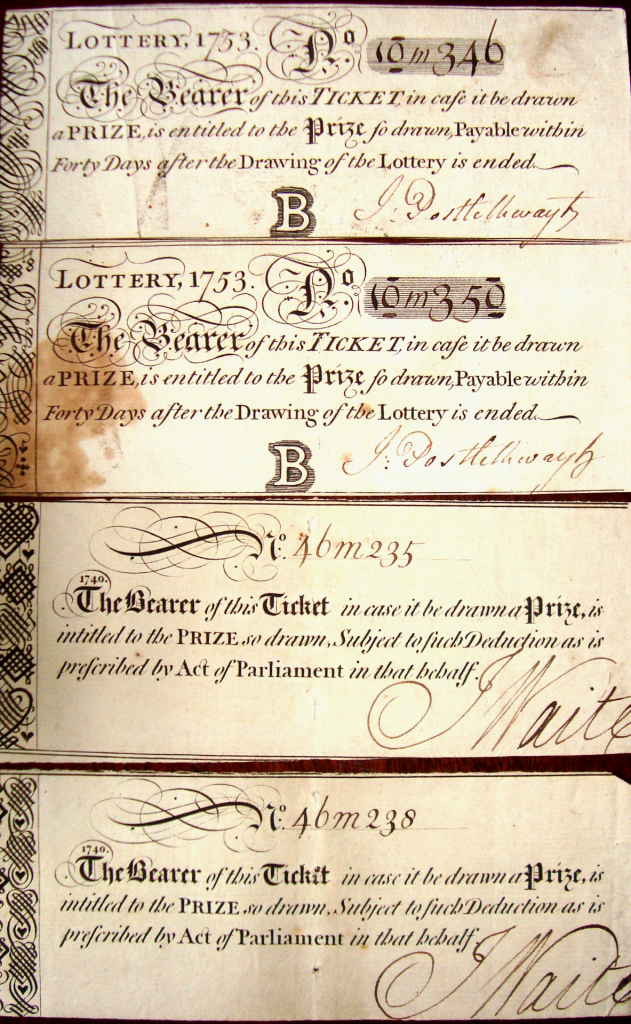 And the actual handbill issued by the ticket seller? Richard collected that also: 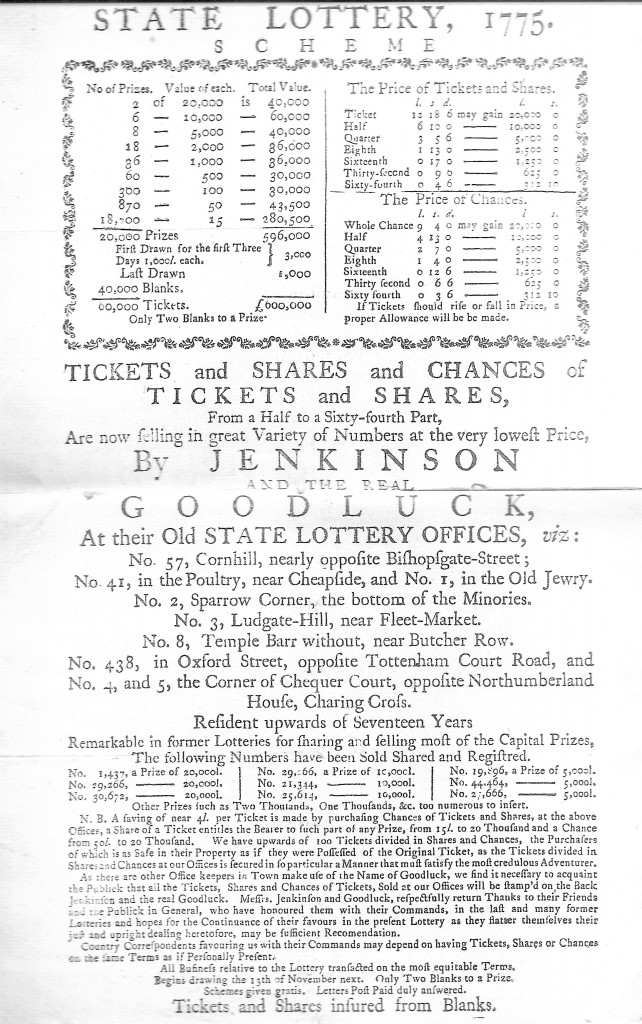 The final sentence drew attention to the fact that you could insure against a blank being drawn – usually by paying a fee to a “Moroccan” – in other words a spiv offering odds, and wielding a red Moroccan purse in which he kept the money he earned.

Alternatively punters could go into the lottery insurance office to take out insurance – as in this 1777 print (shown courtesy of the Lewis Walpole Library ): 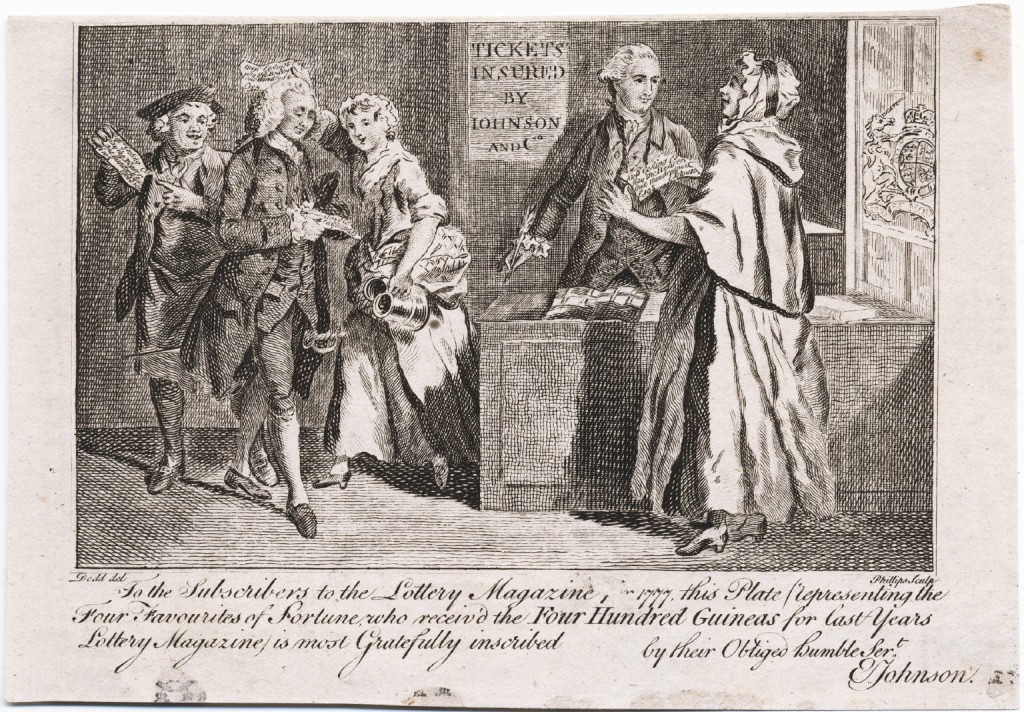 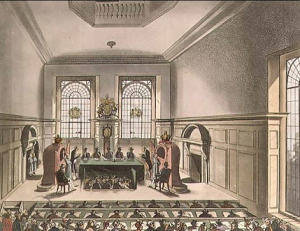 As for the actual drawing of the lottery winning ticket this is a print entitled “Coopers Hall, Lottery Drawing”, from Ackermanns Microcosm of London”, dating from 1809. It may not have the shrieking crowds and razzmatazz associated with 21st century lotteries on the television, but it clearly was a public spectacle – if only to ensure that it was seen to be open and fair.

I cannot be sure, but I am fairly certain that Richard Hall ticked the box marked “no publicity” when he won his share of the lottery prize …. and then went off to spend it on fast women and slow carriages!

6 Responses to “Odds on for a lottery win, 18th Century style.”