Meandering through the Cotswolds is always fun – coming across somewhere new and interesting is always a pleasure. And so it was with  the gardens adjoining Painswick House – billed as being the  best (if not, only) surviving rococo garden in Britain.

It is easy to forget, but before Lancelot Brown came along and ripped up all before him, there was a short period where rococo was all the rage for garden design. After William III and his Dutch-inspired straight canals and formal water features came a brief period of whimsy – with men like the delightfully named Batty Langley designing gothic buildings reached by circuitous and often serpentine paths. And it was during this time – the 1740s – that the owner of Painswick House decided to  convert the valley below his new residence into a rococo garden. 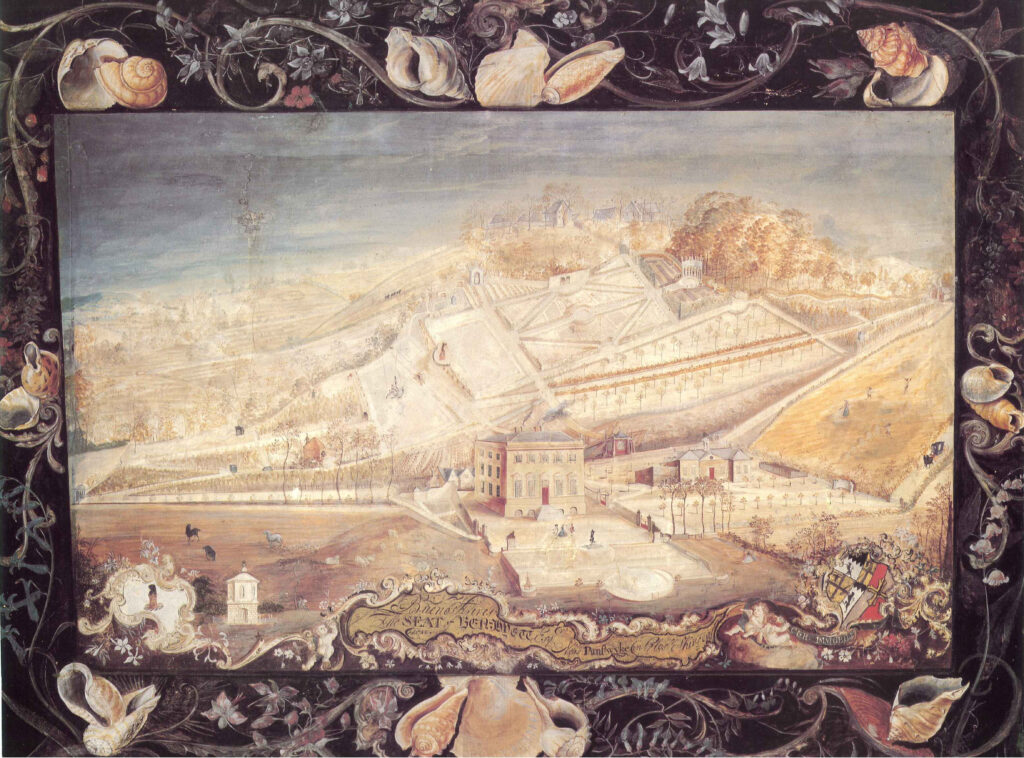 What you see today is largely a modern recreation, but it has been done tastefully and  faithfully, based on a picture painted by Thomas Robins in 1748. A drawing by the same artist is held by the V&A, made in 1742. 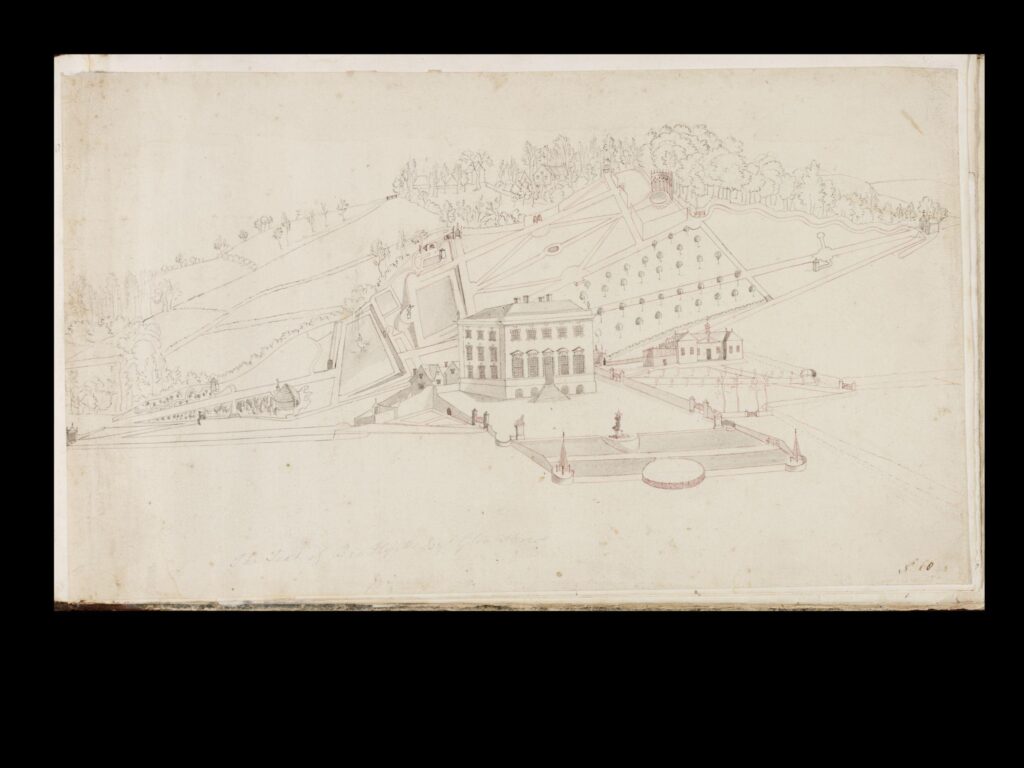 Thomas Robins drawing of the gardens in 1742, shown courtesy of the V&A

The V&A has this to say about the artist: “Thomas Robins is an enigmatic artist and, so far, little has been discovered of his life. He may be descended from the family of Robins who held the manor of Matson. He published a Prospect of Bath in 1757 and A View of the Baths and Pump Room in 1764. His son Thomas Robins the Younger was a drawing master.
Between 1747 and 1770, Robins produced a series of drawings and paintings of English country houses and, in particular, their gardens. His surviving drawings and paintings epitomise English rococo taste. Robins was either specially attracted to rococo gardens, or had a reputation for the delineation of such gardens in the circles of cognoscenti of the rococo.”

The house itself is not open to the public – Wikipedia describes it as a limestone building with tiled roofs, and states that it has a nine-bay front with a central door set in an Ionic porch with a pediment. From the area which is open to the public there is hardly anything visible but Wikipedia includes an image, shown courtesy of Mike Baldwin and shown under Creative Commons Licence BY-SA 2.0 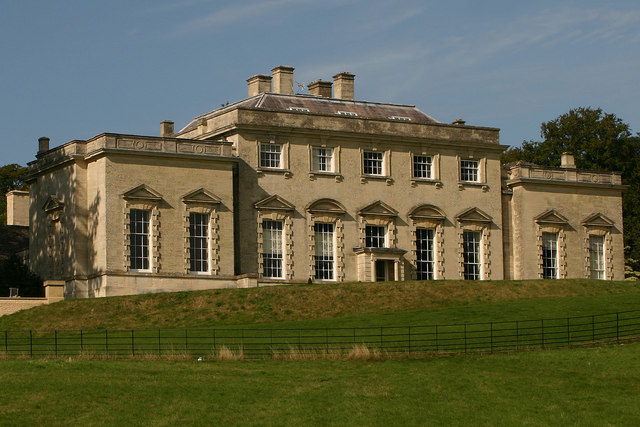 It is the gardens that are worth a visit –  maintained by a  charity called the Painswick Rococo Gardens  Trust. As recently as forty years ago the whole valley was  covered by a pinewood plantation – and all the rococo features had been obliterated. Thanks to a lot of hard work – and influenced by the Robins pictures – many of the original features have been restored.

For instance the close up of the Robins painting shows a red, crenalated, summer house immediately behind and to one side of the house, giving views of the valley beyond: 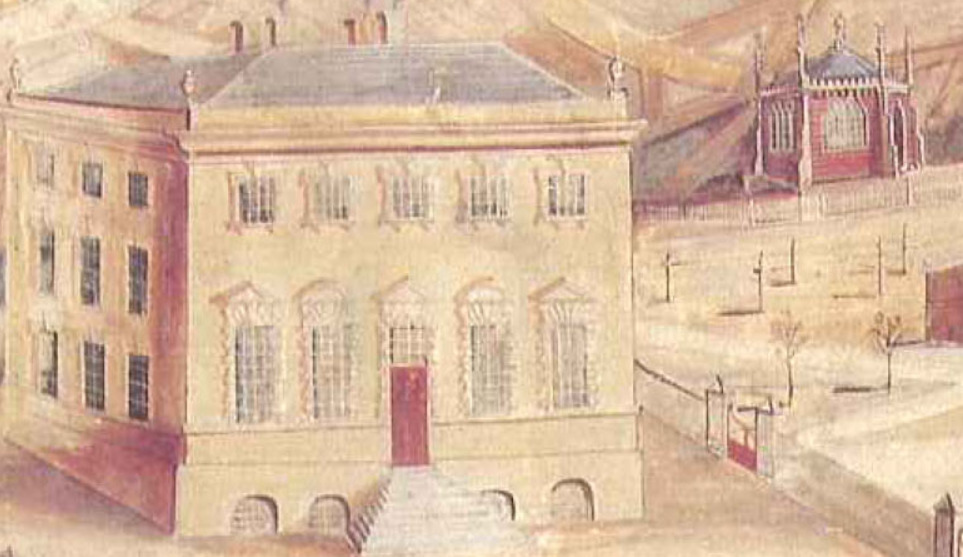 The structure was re-imagined and is now a two-storey structure, known as the Eagle House (presumably because it gives a bird’s eye view of the garden). More particularly it is stated on the Historic England site that it was “present in 1748, rebuilt in 1991, is listed grade II*and consists of an octagonal, gothic, battlemented summerhouse. Set into its basement is an alcove seat. From this, and the main summerhouse room, there is a view north-east across the valley to the Doric Seat” 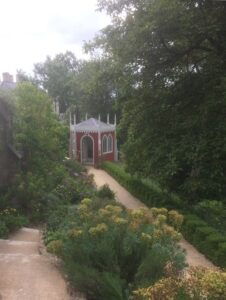 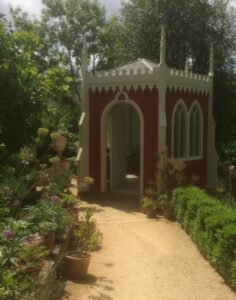 At the top of the garden is the Red House. The Historic England site describes it as being “present in 1748, listed grade II*. It is an elaborate gothic garden pavilion with ogee-headed cusped openings and rendered, red-painted stone walls; inside is a fireplace. From the pavilion’s door there are glimpses of other structures and a view down the axial hedged alley down the upper part of the valley. This is straight, whereas some of the other paths, including one which bisects it, are serpentine.” 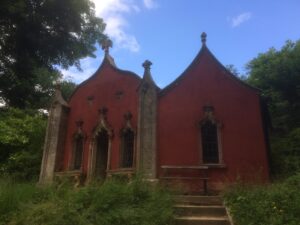 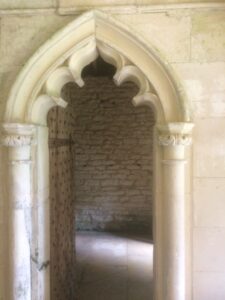 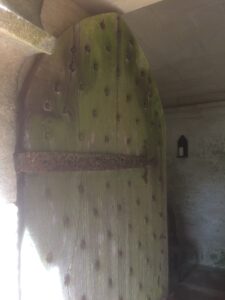 From the Red House the winding path leads down to a formal area called the Exedra (Greek for ‘meeting place’, I believe) and which is described as being “a white-painted wooden screen with gothic arches and surmounted with battlements and pinnacles. This was built in the 1990’s, based on a structure shown on Robins’ 1748 painting. To its front (south-west) is a small formal garden with pool. South-west of this, and occupying the greater part of the upper end of the valley, is a kitchen garden comprising symmetrically disposed wedge-shaped beds arranged around a small circular pond. South-west of the kitchen garden is a grass slope running down to the Bowling Green.” 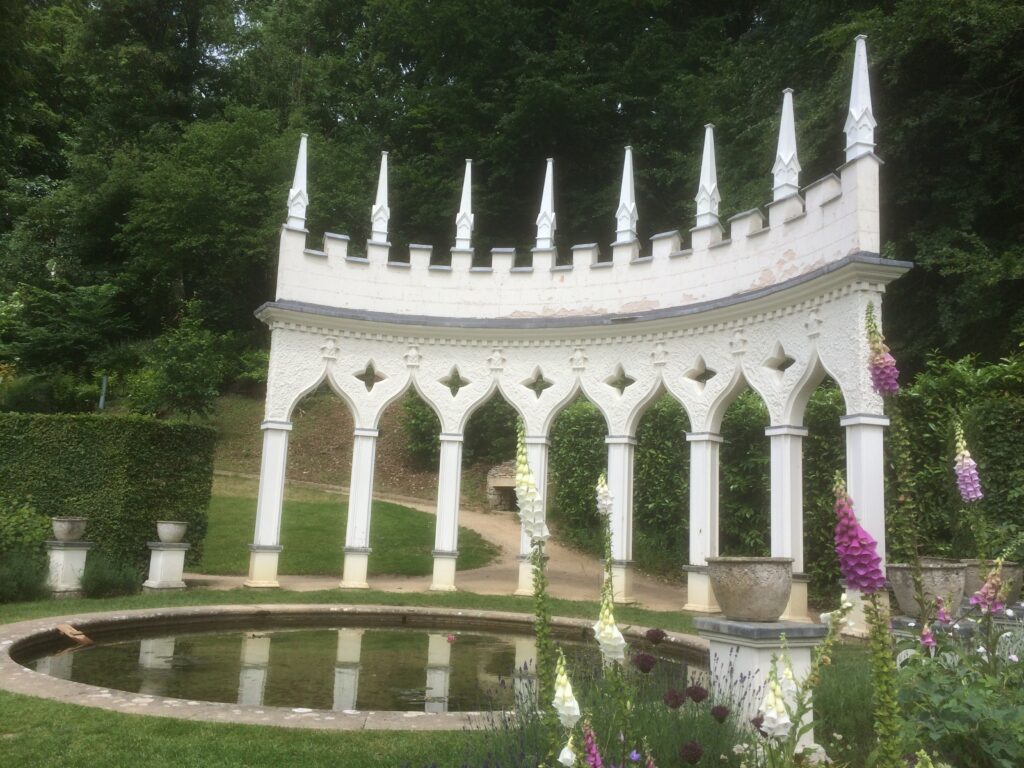 All in all, a lovely garden in a beautiful setting.