Pattens from circa 1720, shown courtesy of the V&A

It was not uncommon for women in the 18th Century to wear strap-on metal “shoe supports” to lift the shoe off from the ground, so that long coats and dresses did not drag along the mud and puddles which made walking around town so hazardous. Especially linked to working class women, the pattens often feature in caricatures, but I had forgotten how often Thomas Rowlandson makes use of them. Here are a few:

First up , from 1803 and shown on the excellent Lewis Walpole site, a Rowlandson entitled “A cat in Pattens”. The woman’s aspirations to being fashionable, complete with fur muff and collar, are clearly no more than a sight for sore eyes in the opinion of the one-eyed beggar and the chimney sweep. I love the poodle, trimmed and crimped. 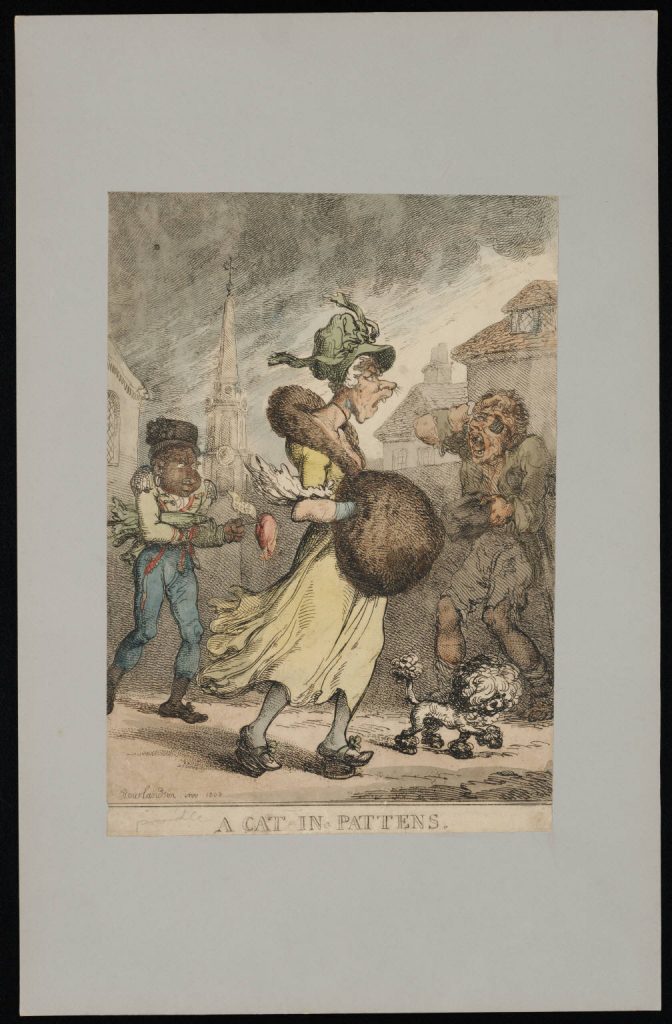 Next up, a Rowlandson from 1807 entitled “A Nincompoop or her henpeck’d husband”, also on the Lewis Walpole site. The ‘lady’ with her ostrich feather plumes, carries her fan, leaving her husband to tow alongside, umbrella under his arm, and carrying her bag – and pattens. 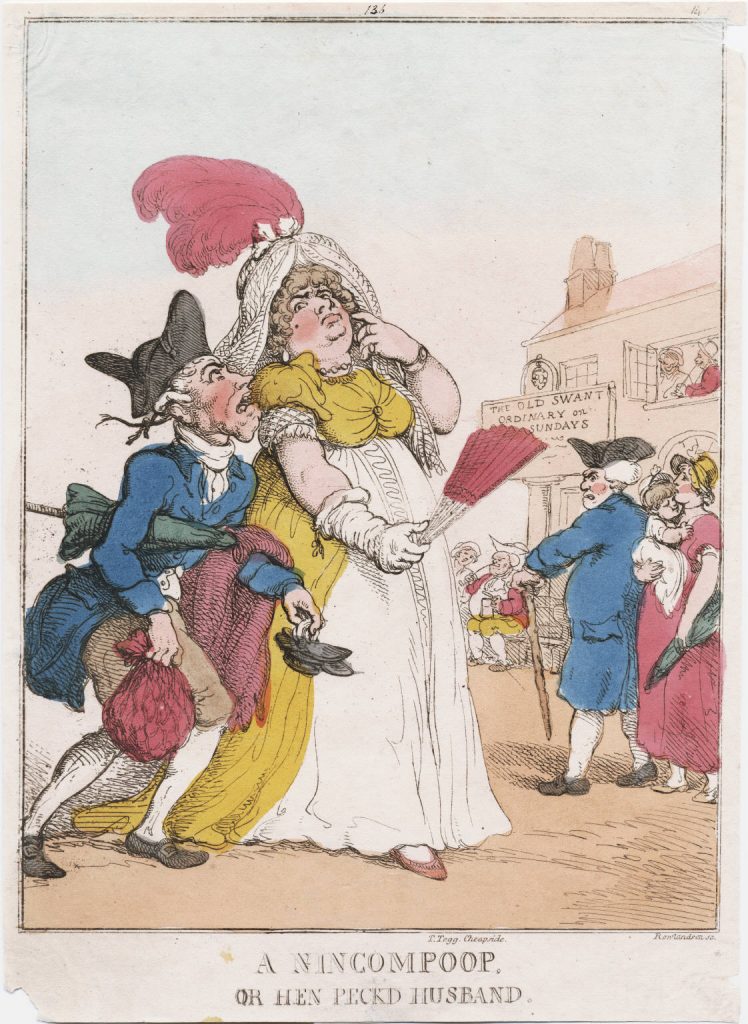 Another Rowlandson, this time from 1811 and appearing on the British Museum site, shows a midwife on her way to see a client, clutching a lantern and a bottle of  cordial and passing the bored watchman and the yawning chimney sweep. 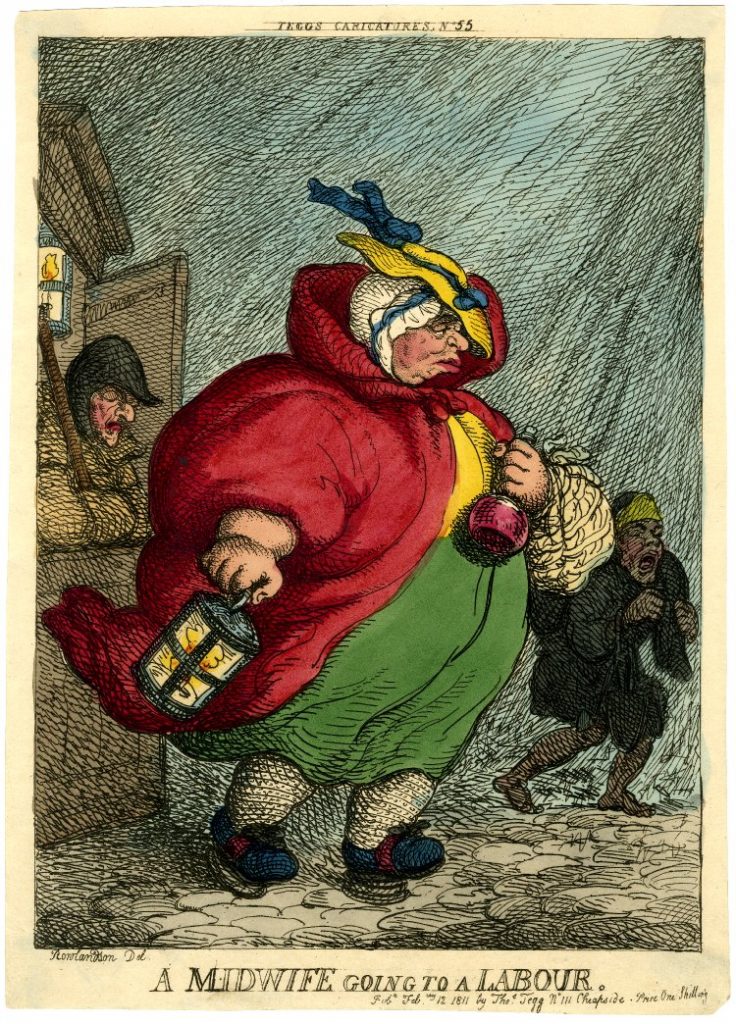 A year later Rowlandson did a similarly unsympathetic  depiction of  a woman having to walk through rainy streets with his “Wet under foot” showing the woman wearing pattens and walking over cobbles. Again, it is on the Lewis Walpole site: 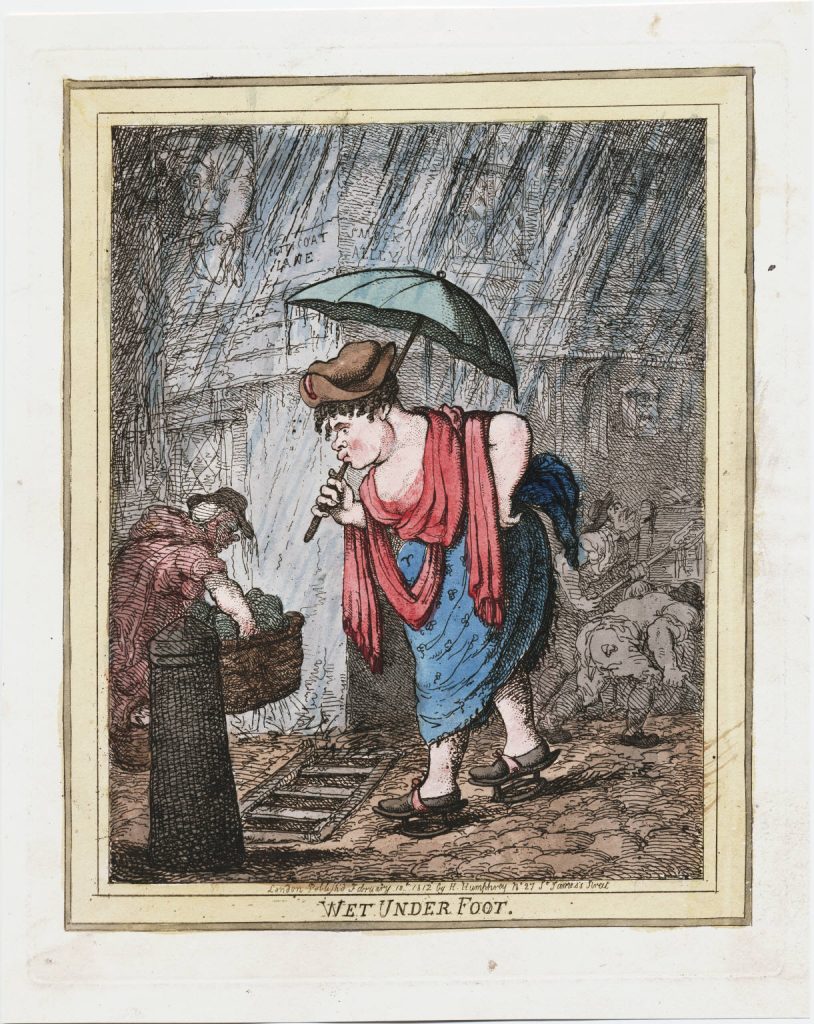 Rowlandson was not of course the only caricaturist to highlight pattens. Here are two more. First up, “Piety in pattens, or Timbertoe on Tiptoe” showing the man with a wooden leg somewhat dwarfed by the mop-wielding woman perched on incredibly high pattens. Her smile suggests that she rather likes where he is putting his hands…. 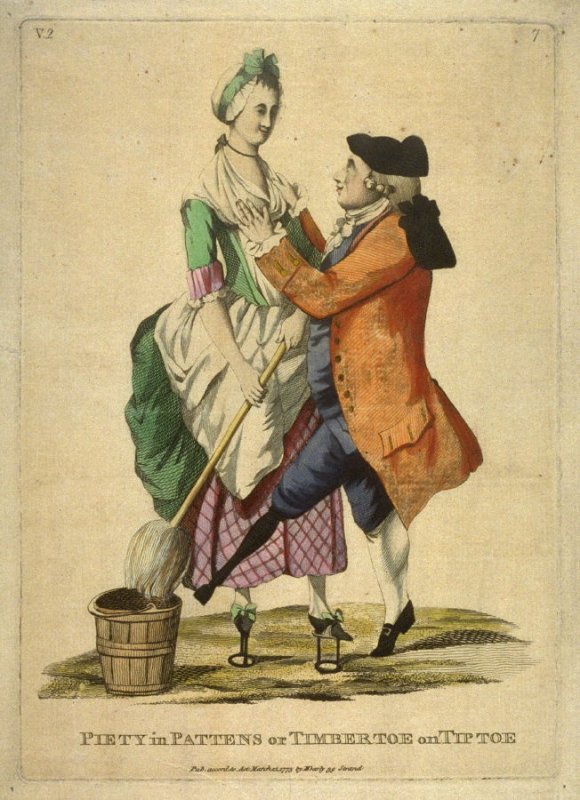 To end with, a rather later drawing, once more from the British Museum site, by C J Grant. It dates from 1831 and shows what happened if you walked the streets without pattens…. although the lady in question is blissfully unaware of the dirt covering the back of her dress…. As she says “I’ve walked pretty clean, considering.” 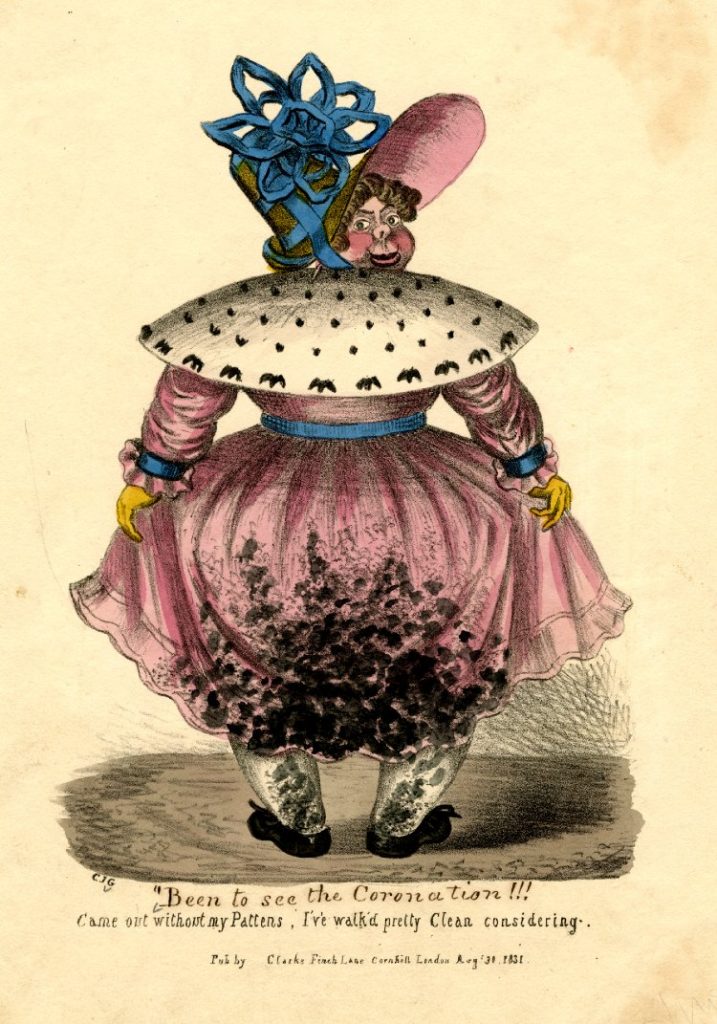 Post script: you can find out more about the business of selling pattens etc on the excellent London Street Views site here, with its description of the premises of H E Morey in Bishopsgate Street.