A quick follow-on from yesterday’s post to show a rather lovely commentary on obesity. The background is that Frederick I, King of Württemberg, married Charlotte, the Princess Royal (eldest  daughter of King George III) in 18th May 1797. It was his second marriage, since his first wife died in 1788.

The cartoon is by Richard Newton and shows the grotesquely large Frederick approaching his consort, while  a black slave supports his protruding belly. A carpenter has cut a hole in the dining table so that the King can reach his dinner, and makes the crude comment that he wonders “How the King will reach [the Queen], God only knows. Perhaps he has some German method…” 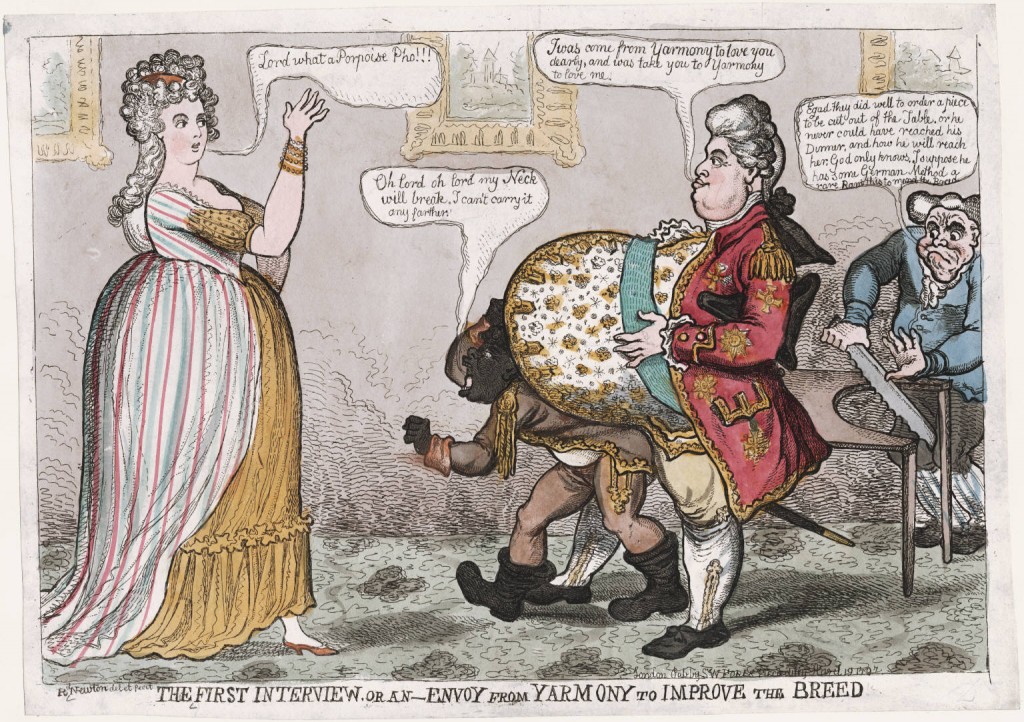 In fact the print hardly  exaggerates: the king was huge. Wikipedia has him as being at 2.11 m (6 ft 11 in) tall  and weighing about 200 kg (440 lb). Frederick had been given the nick-name “The Great Belly-Gerent”. Napoleon apparently remarked that God had created the Prince to demonstrate the utmost extent to which the human skin could be stretched without bursting. In return, Frederick wondered how so much poison could fit in such a small head as Napoleon’s. Ouch! 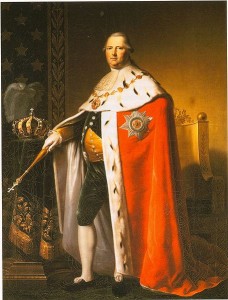 Poor Charlotte…. the German Method may have worked but the resulting daughter was stillborn  (1798) and she was widowed in 1816. She died in 1828.

The King in full ceremonial garb.

4 Responses to “Richard Newton and an obese monarch: more from a marvellous caricaturist”