In his diary the seventy-year-old Richard Hall writes:

Small wonder that the rioters took to the streets when you consider just what a profound increase there had been in the cost of one of the staples of the British diet – a loaf of bread.

Richard was terrified at the effects of inflation – especially at a time when his disposable income was being savaged by the introduction of income tax. A look at his household expenses shows why he was so concerned: 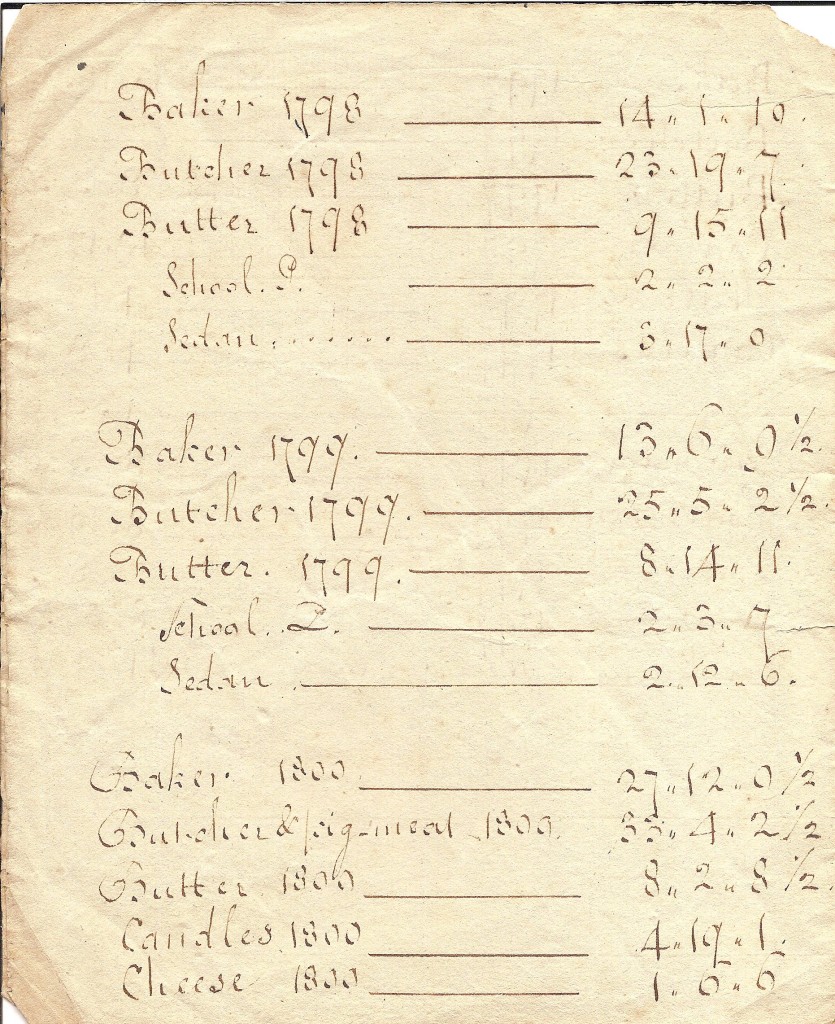 So, for 1798 Richard spent just over fourteen pounds on bread during the year. It remained much the same for 1799 (Thirteen pounds six shillings and nine pence halfpenny) but the following year it rocketed – doubling in just one year to a shade over twenty seven pounds and twelve shillings! Meat from the butcher went up by a third, while the other expenses were in line with earlier years. It must have been a bewildering time, and Richard’s diaires are full of little notes about how much corn was costing, the size of the harvest, and so on.

Ah well, let them eat cake ….. or, as James Gillray put it,  “Substitutes for Bread, or Right Honorables saving the loaves and dividing the Fishes”. 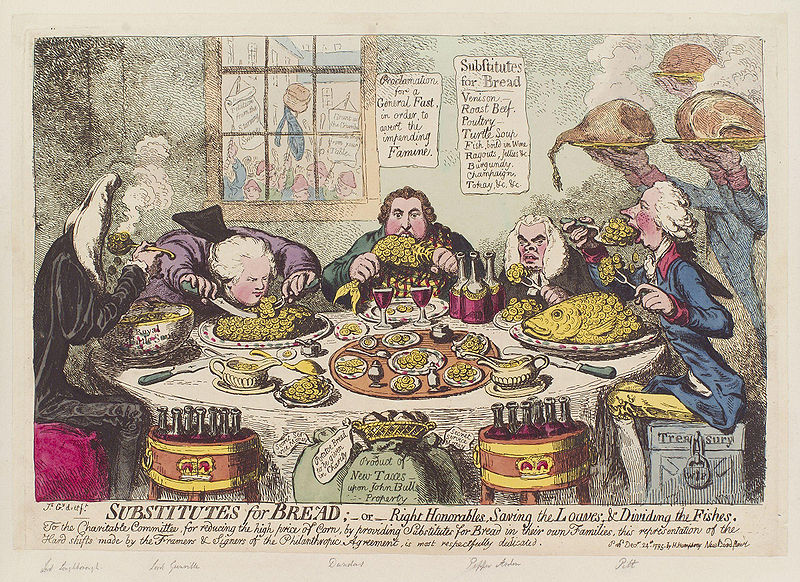 4 Responses to “1800: September 17th, riots on account of the dearness of corn and bread”