A few miles from Moreton-in-Marsh in the Cotswolds is a remarkable house built in 1805, known as Sezincote. With its Georgian adaptation of traditional Indian architecture from an earlier century, it is easy to dismiss it as a bit of whimsy, with its onion-domed roof and its emphasis on carved bulls, elephants and so on. The fact that the future George IV visited it in 1807 gives credence to the idea that this pseudo-Mughal style inspired HRH to embark on the design for Brighton Pavilion. 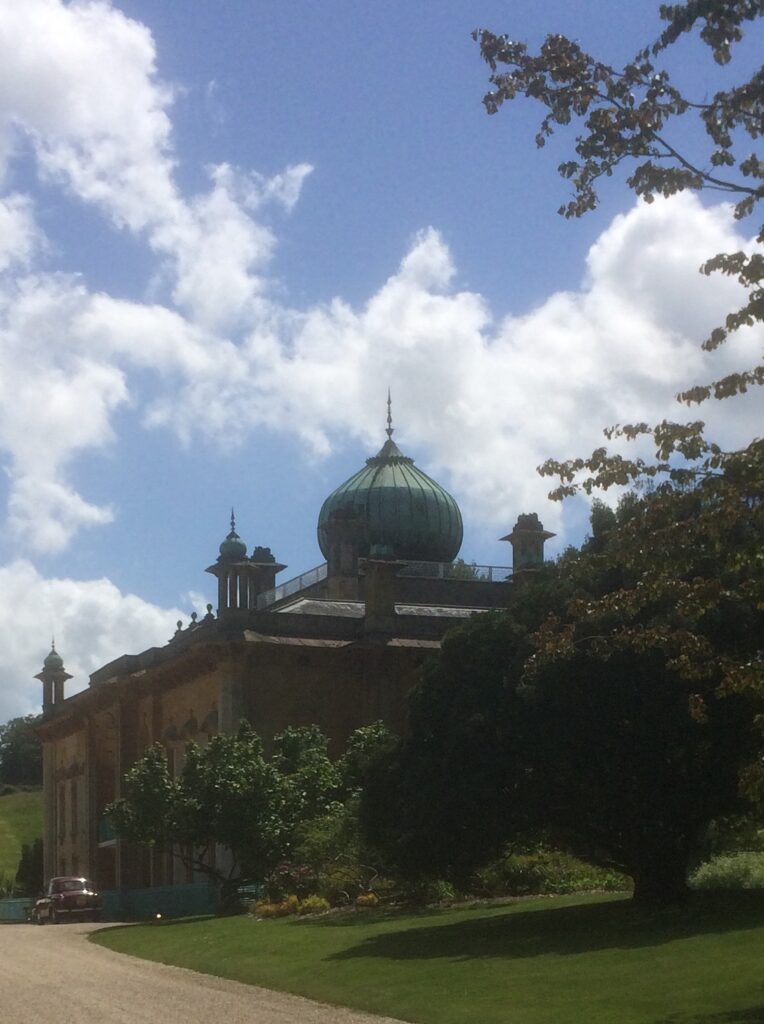 The main house with its onion-dome roof (own photo). 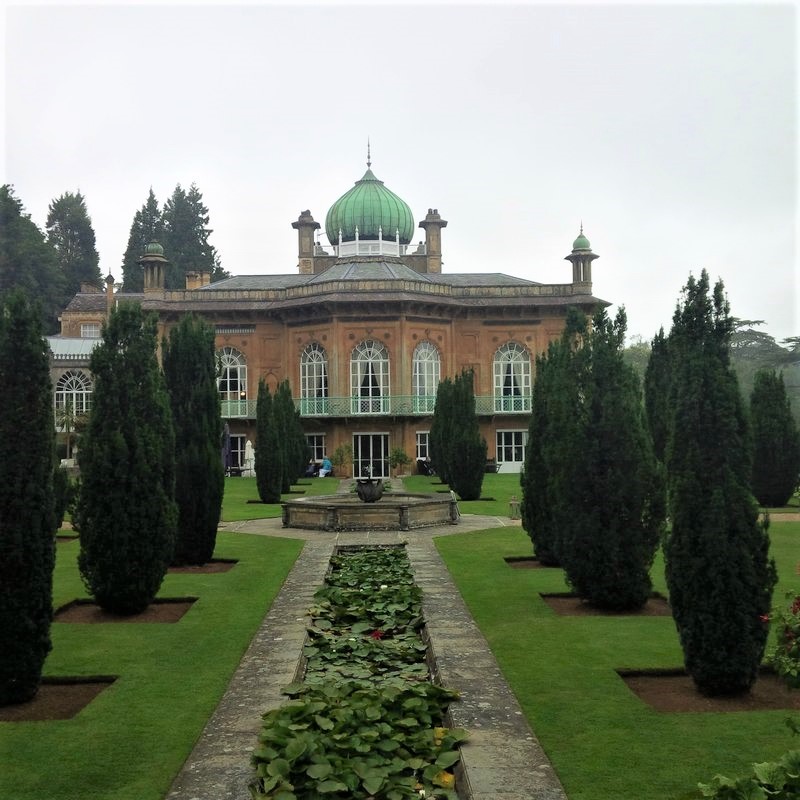 It isn’t without its detractors, with the Indian diplomat-writer-politician Shashi Tharoor describing it as an ‘incongruous monument to the opulence of the nabobs’ loot’. This refers to the fact that the land on which the house was built was originally acquired in 1795 by a nabob (ie wealthy person usually employed by the British East India Company, who subsequently returned from India  with vast wealth acquired while working overseas). His name was Colonel John Cockerell. He died three years later and it was his brother Sir Charles Cockerell who decided to build a house ‘in the Indian style’ on the site, using another brother by the name of Samuel Pepys Cockerell as architect. Oddly, for a man who was a surveyor employed by the East India Company, Samuel Pepys Cockerell had never been to India, so his designs must have been based on drawings and descriptions given to him through his brother. 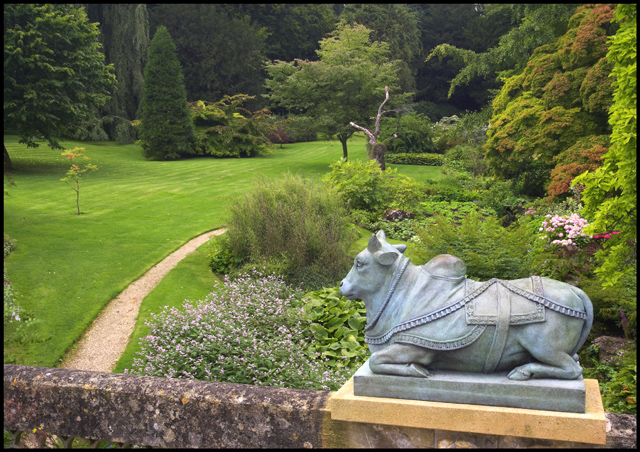 The house is set in gardens laid out on the instructions of Humphry Repton (he of the Little Red Books fame), and very fine they are: 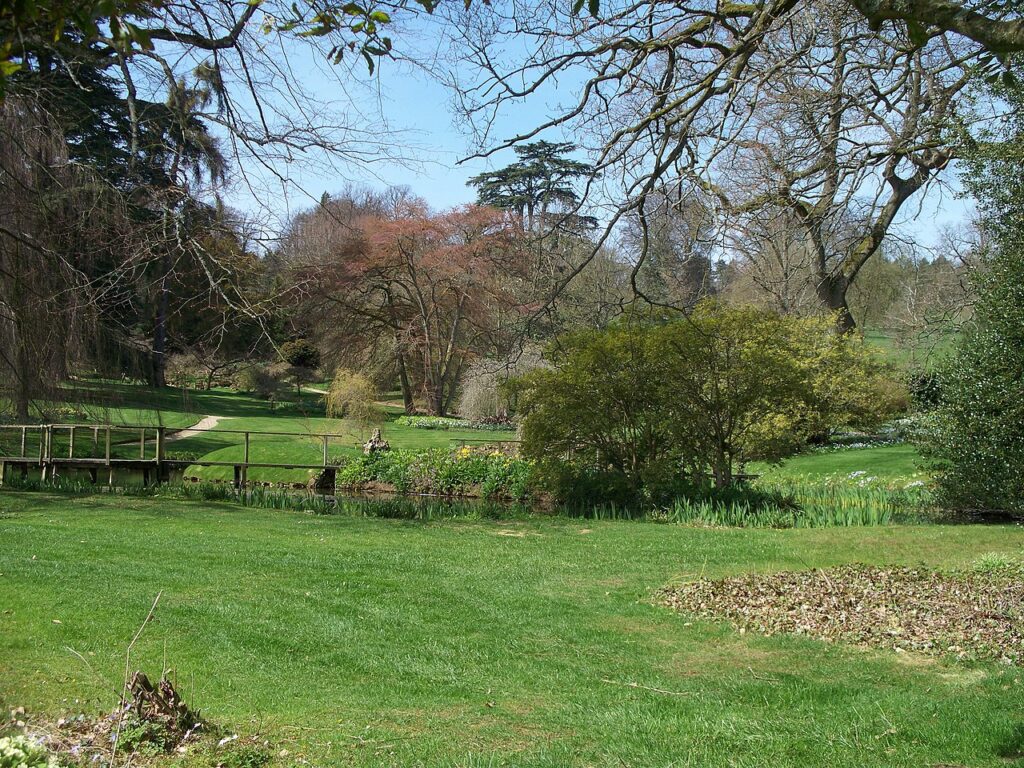 The Gardens at Sezincote, photographed by Michael-Dibb. CC-BY-SA-2.0. 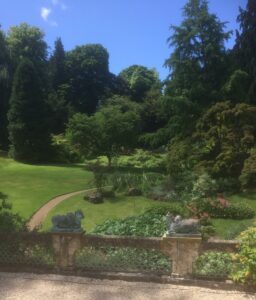 Brahmin bulls atop the wall, gardens beyond … (own photo). 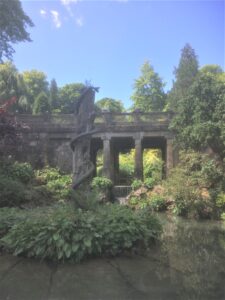 Statue of the three-headed snake in the gardens at Sezincote (own photo).

But for my money the most extraordinary building is the curved orangery, which leads off from the main house in an arc: 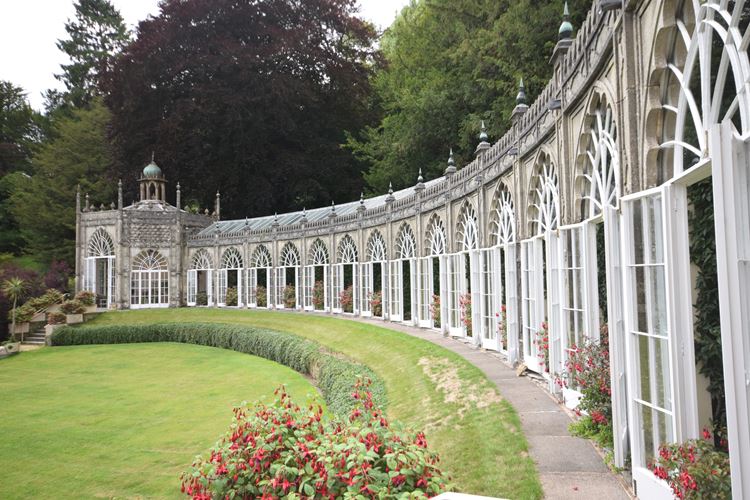 Historic England has this to say about the amazing structure:  Orangery. 1800-1805, refaced 1980. By Samuel Pepys Cockerell, Thomas Daniell and Humphry Repton. Reconstituted grey stone copying original colour; glass roof with limestone slate roof over octagonal room. Mogul/Hindu style. Orangery curves away in quarter circle from rear left of house,terminating in an octagonal room far left. Facade comprises an arcade of 15 pointed arches each with double doors with glazing bars, flanked by matching glazed lights to either side. Cusped lights with radiating glazing bars over. Stone steps up to arcade far right with cast iron models of Brahmin bulls at bottom. Parapet with pointed merlons and pointed copper finials at intervals above piers of arcade. Octagonal room far left with glazed double door at front and on left to match those of arcade but with some coloured glass. Engaged columns at corners extended up above roof level with ball finials at top. Central open-sided octagonal minaret at centre of octagonal pyramidal roof. Interior: Coade stone altar against far wall of octagonal room decorated with figure of seated god and palm tree in relief. Elaborate bronze lantern hangs from centre of ceiling. Stone steps up to forward facing entrance with models of Brahmin bulls at base. Octagonal room formerly used as aviary for exotic birds. 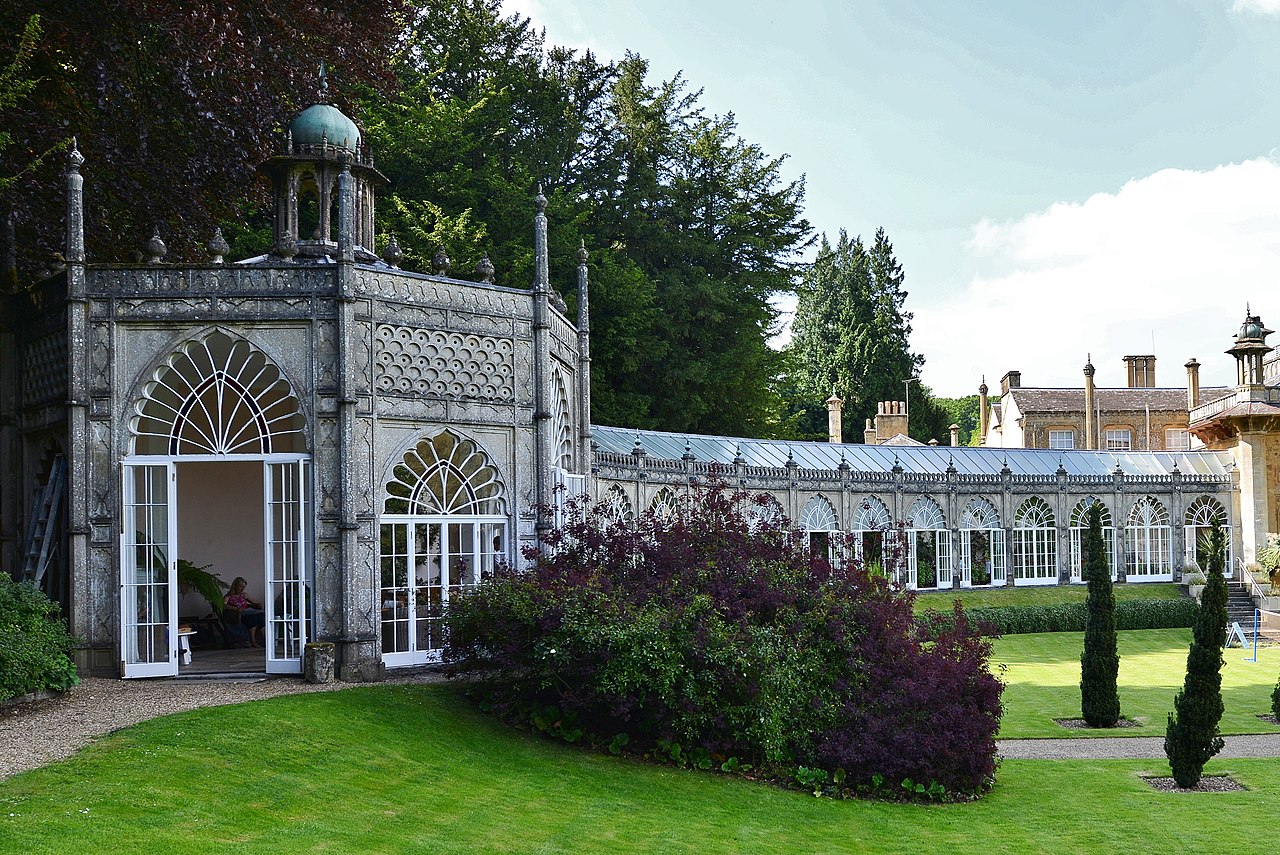 Unfortunately the house was not open to the public on the day I visited. I am not going to get drawn into the discussion about how  Britain looted India – and prefer instead to accept at face value that this is what happened – people made an obscene amount of money abroad, brought it back to this country, and used it to build some extraordinary structures. Nowadays, of course, the planners would be sticking their oar in, but I for one am glad that wealthy eccentrics in the Georgian era were able to indulge their fantasies in such a way. It is a lovely place to visit, in delightful countryside.