Godfrey Kneller (born Gottfried Kniller in Lübeck, Germany in 1646 and died  in 1723) was the foremost portrait painter of his age. He came to England in 1674 and following the death of Sir Peter Lely in 1680 he was appointed Principal Painter to the Crown, painting  half a dozen Kings and Queens, as well as hundreds of portraits of members of the aristocracy, usually in formulaic poses and clothing. He followed Lely’s example by painting a series of Hampton Court Beauties (being knighted by William III for his efforts) and also churned out dozens of portraits of members of the Kit Kat Club (politicians, writers, intellectuals etc).

In general I am not a fan – his pictures are too formal and ‘lifeless’ for my taste but here are a few I do like:

Lady Henrietta Cavendish (now that is what I call a smart riding outfit!) 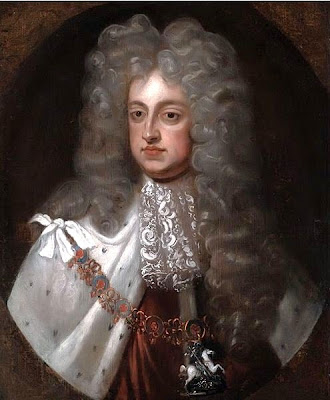 The portraits often started off with a simple chalk-on-paper drawing – this one from the National Gallery collection, consisting of the head of the composer Henry Purcell. In his ‘factory’ he would then paint the face via oils onto canvas, and pass the rest of the work to one of his staff  to finish off. It must have been a bit like the end-of-the-pier displays where you stuck your head through a hole and had your photograph taken  as if riding a horse, or wearing a sailor’s outfit or whatever! His paintings were generally full length rather than head and shoulders. 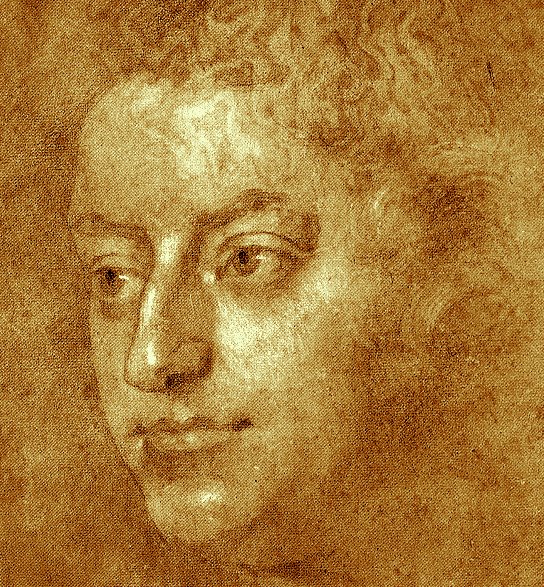 In 1709 he had a house built at Whitton near Twickenham – the house is now home to the Royal Military School of Music. In November 1723 he contracted a fever and died on 7th November. He is buried at Twickenham Church.