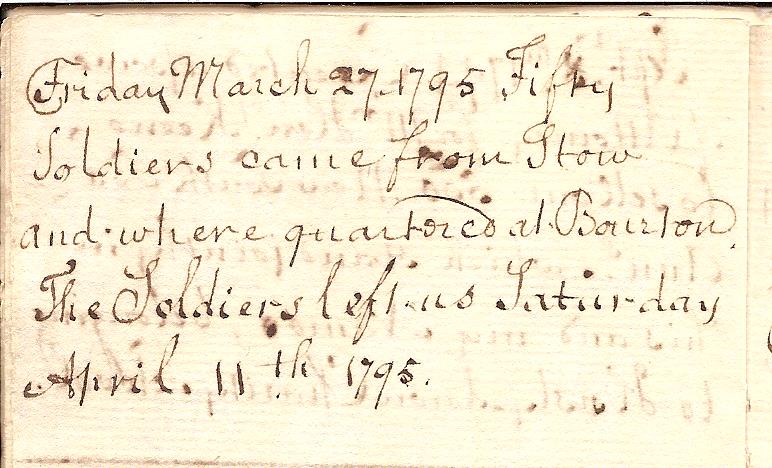 An interesting snippet from one of Richard Hall’s jottings: Fifty soldiers came from Stow-on-the-Wold in the Cotswolds and took up quarters at Bourton on Friday 27th 1795. Ah just think of the fluttering hearts and  girlish giggles of the village girls, a la Lydia Bennet! Those fine uniforms! Those randy soldiers… ah well, life got back to normal two weeks later, as the soldiers departed on April 11th.