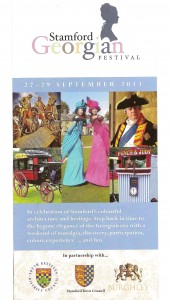 I think it is really great when towns and cities try and do something about remembering their historical importance. O.K., maybe Stamford has not grown as much in size of population since the Georgian era as other giants such as Nottingham, or Leicester. But perhaps it is precisely because of that fact that it hasn’t lost as much either, in terms of buildings, or character -so full marks to the local authority for hosting the Stamford Georgian Festival later this month. 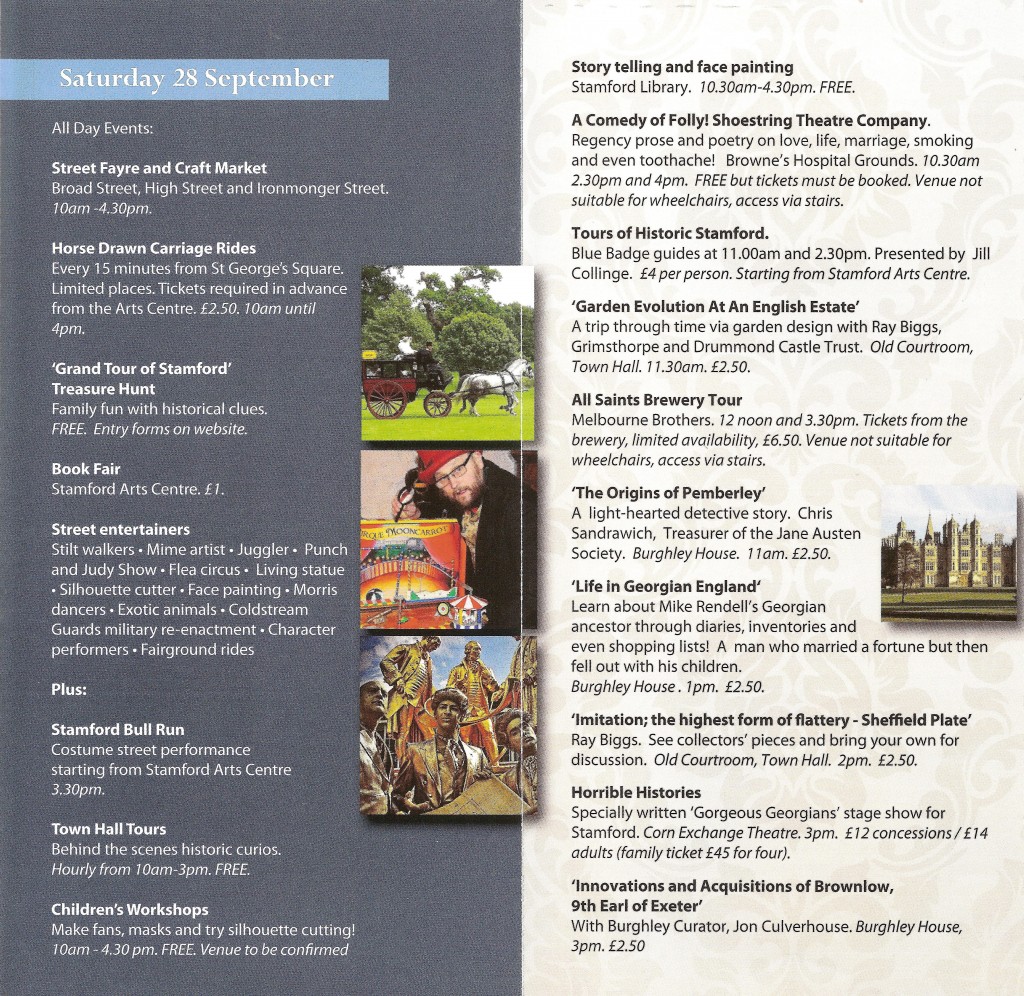 Say “Georgian” and in this country we tend to think of Bath – and yet I seem to remember learning somewhere that Bristol has more extant Georgian buildings than Bath. Whatever, Stamford in Lincolnshire has a fine Georgian heritage, and one which deserves to be remembered. Besides, they had the foresight to ask me to speak on both main days of their upcoming Georgian Weekend, so I think they deserve a clap on the back for their shrewd choice of speakers, if nothing else!

There is loads going on: what is not to like about a cricket match played in Georgian outfits – a Twenty Twenty match played out for free on Stamford Meadows? Fancy something more  refined – try a Georgian Tea Dance. Or an organ recital at Burghley House Chapel. Or how about a trip round the local brewery while pretending to bone up on the history of brewing?

There’s an exhibition of silhouette cutting – perhaps I should show them mine of dear old grandpa Richard Hall –  and talks about  the evolution of the English Garden. There’s an audience with Annie Gray on the Friday to kick things off – a chance to scoff various Georgian delicacies. And there are loads of street entertainers, a book fair, carriage rides and a specially written “Horrible Histories” about those Gorgeous Georgians in Stamford. Personally, I will be making a bee-line for the Knicker Lady and her talk on “250 years of bloomers briefs and bustles”, but that is because I never think you can know too much about a lady’s under-garments…. 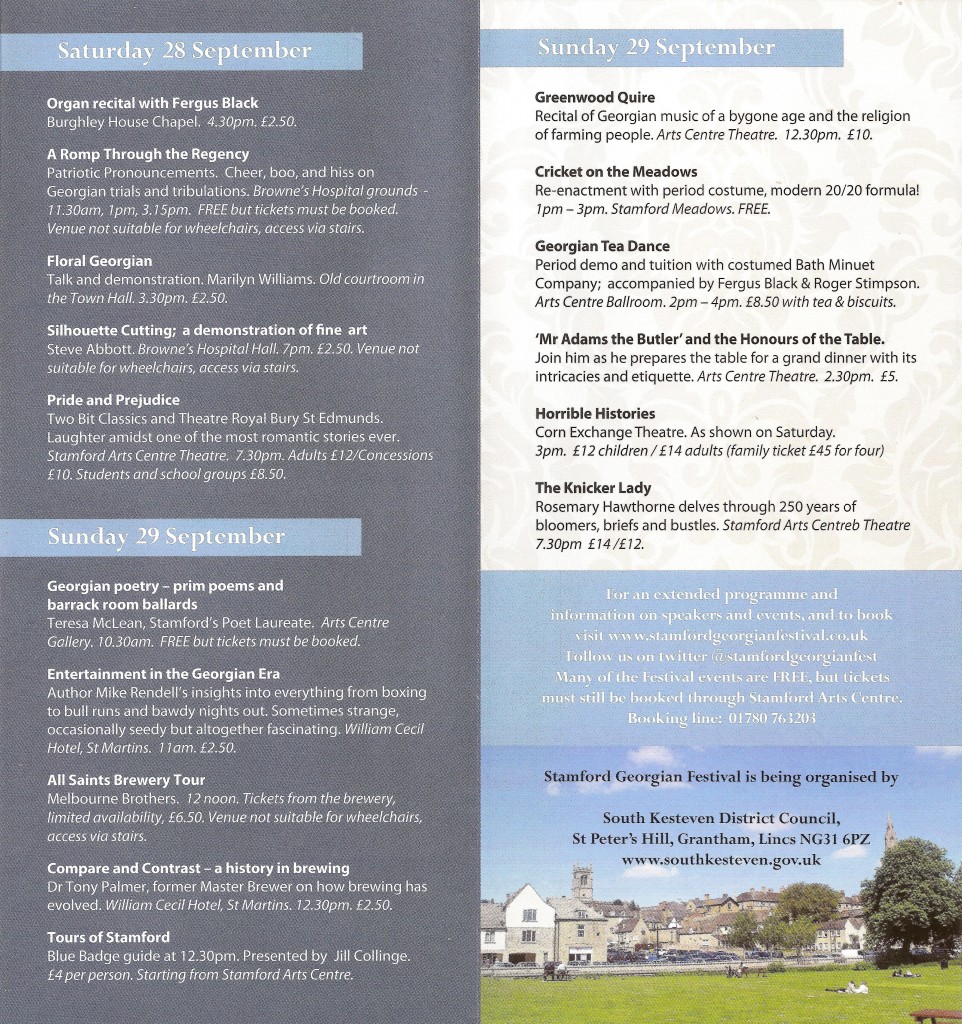 And that is quite apart from the chance to hear me rabbit on about life in Georgian England  (at Burghley House, a modest little home nearby, on the Saturday)

and on Entertainment in the Georgian period on the Sunday at the William Cecil Hotel.

So for all those living within a car journey of Stamford, dig out your diary, and your wallet, and head for Stamford. You can book tickets through 01780 763203 or visit the webpage at www.stamfordgeorgianfestival.co.uk