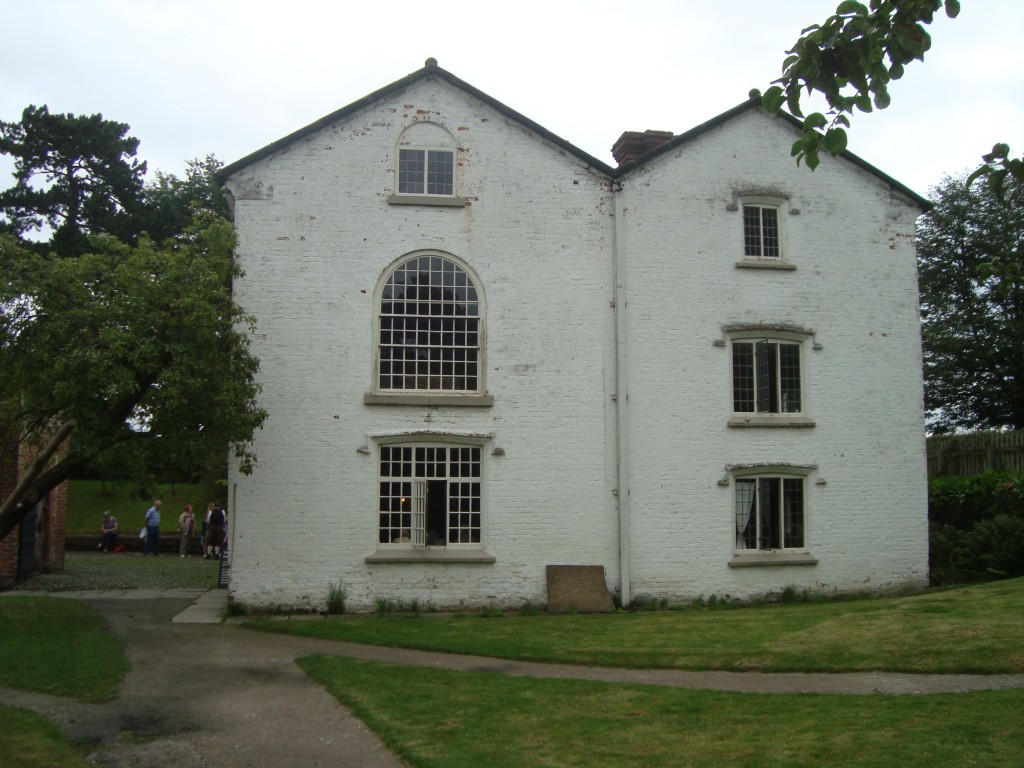 Recently I went to a National Trust property in the village of Styal, near Manchester, called Quarry Bank. It is a late 18th century cotton mill, full of fascinating detail and will be the subject of another blog in a day or two. But one of the ancillary exhibitions which I found especially interesting was the restored Apprentices House, with its focus on education for the poor in the 18th Century. 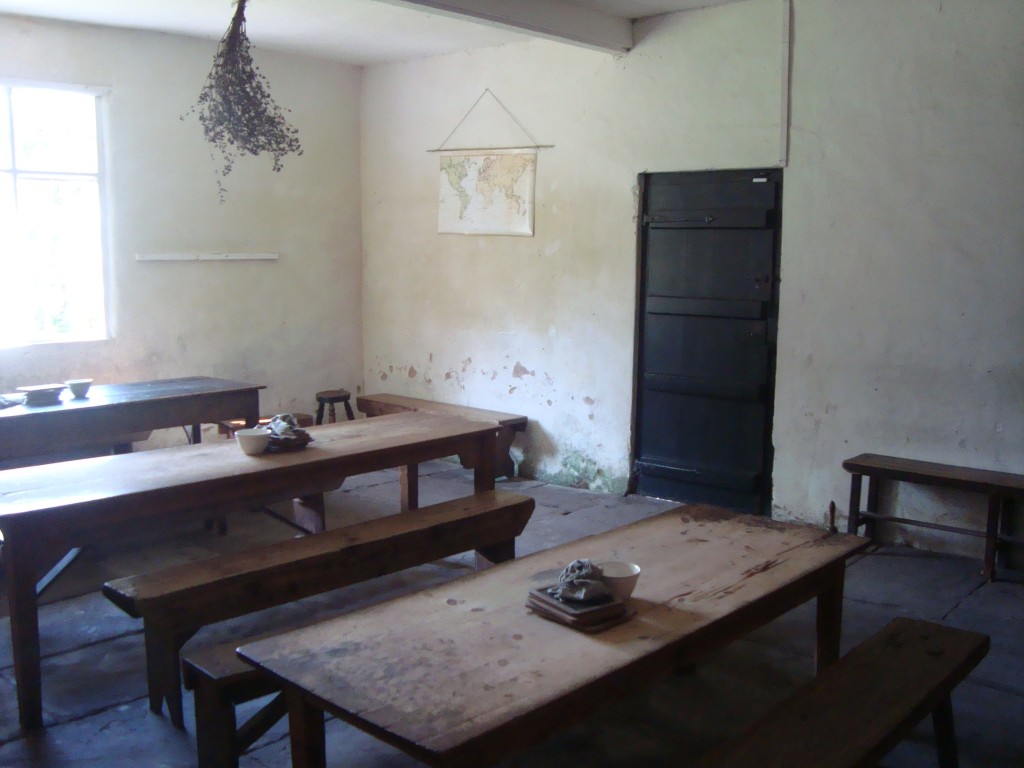 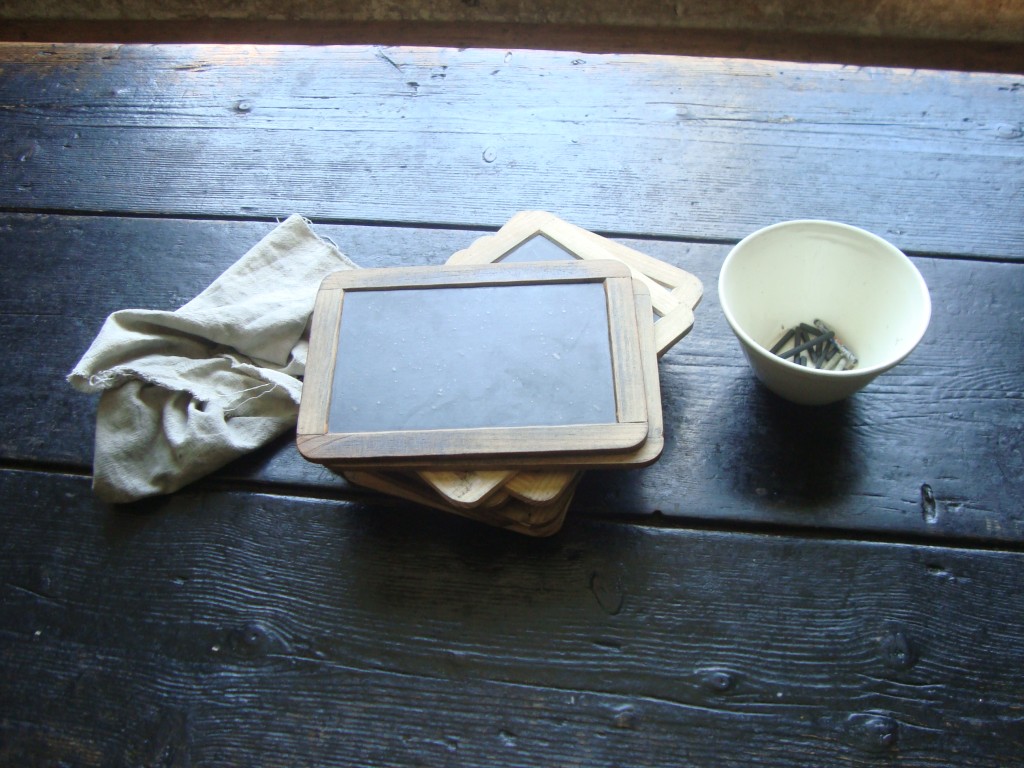 Writing slates and chalk, for doing those confounded letters… 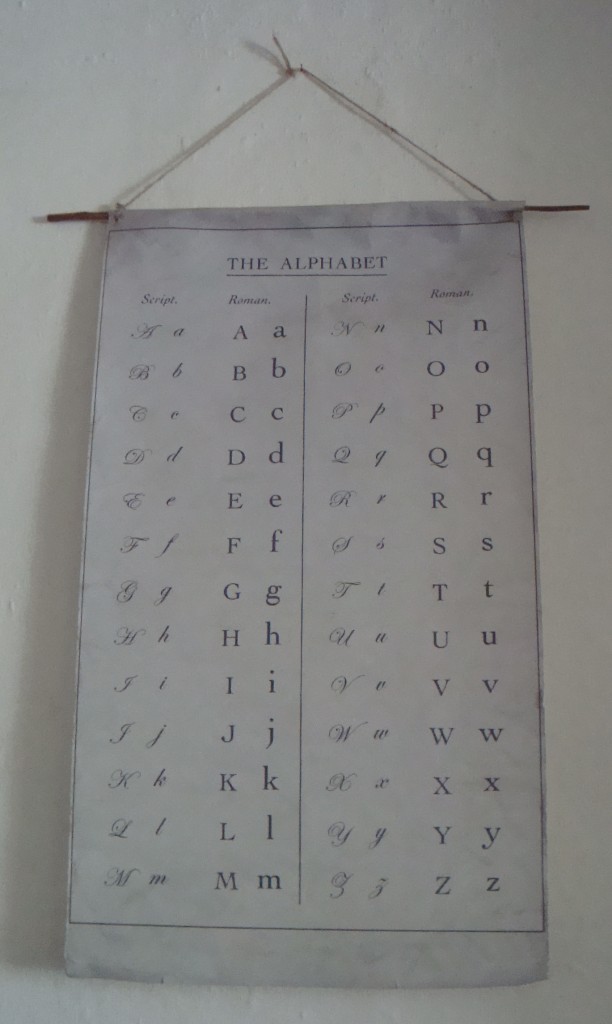 Hannah Greg, the wife of mill-owner, was instrumental in housing sixty girls and thirty boys, from the age of nine upwards, in the Apprentice House. A devout Unitarian, she was convinced that both her husband’s business, and the children, would benefit from the “homely” environment in which children could be brought up – providing labour during the day, and giving the children an education in the evening. The girls were taught to read and write, and it was interesting to see the sand trays (in which the younger children could practice their letters) and the slate tablets upon which the older children would trace out their copperplate script over and over again. The punishment for running away could be severe – fines of up to five shillings were recorded in some instances, paid back at the rate of a penny a day if the child worked overtime. But, since the children had to rise at 5.30 in the morning for a shower under the outside pump, and a spoonful of solid cold porridge to be eaten out of the hand en route to the factory 200 yards away, it is hard to see how “overtime” could be fitted in, since a day in the factory lasted until nightfall, and was then followed by lessons. Six days a week they worked – and then were expected to do their washing on Sundays – while fitting in two visits to the local church for services in the morning and afternoon. 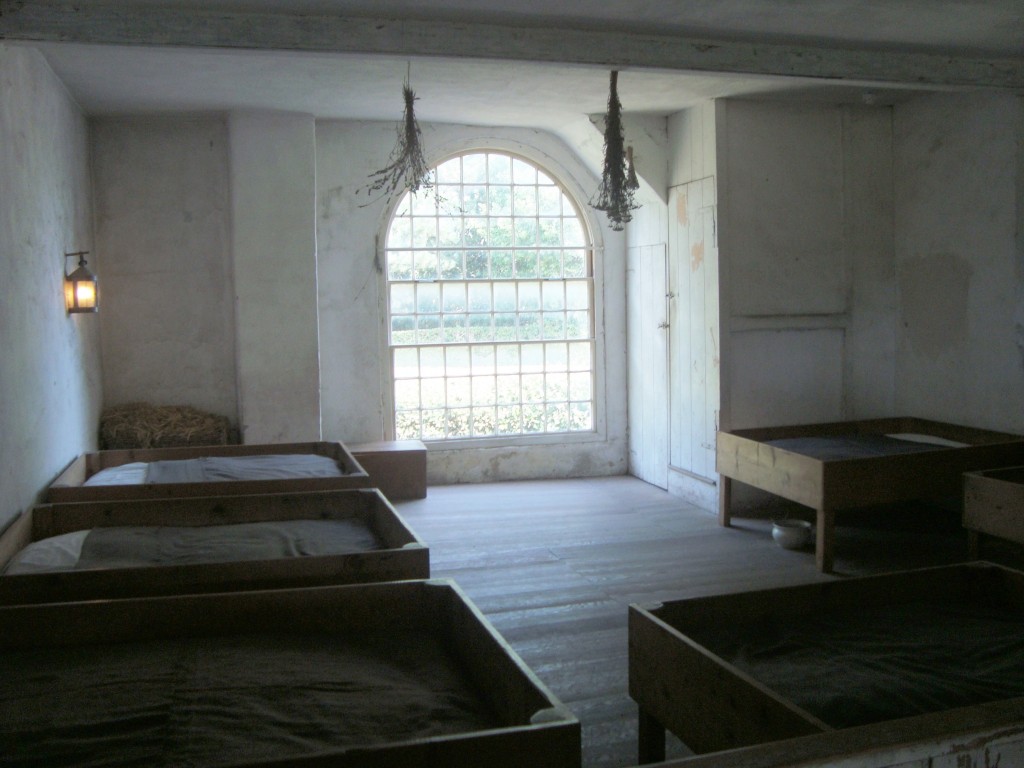 Thirty beds for sixty girls, in one room… in practice there were twice as many beds as those now on display.

Amazingly the sixty girls were crammed into wooden-framed beds in a single small dormitory, two to a bed. Six chamber pots were provided in the room, in which the girls were locked overnight. Mod. Cons ? Well. not exactly, but they were given straw in lieu of loo paper – and as the windows were left open all night and there were no fires, the poor little blighters must have been frozen. Still, they were better off than being in the Workhouse, and they got an education into the bargain. 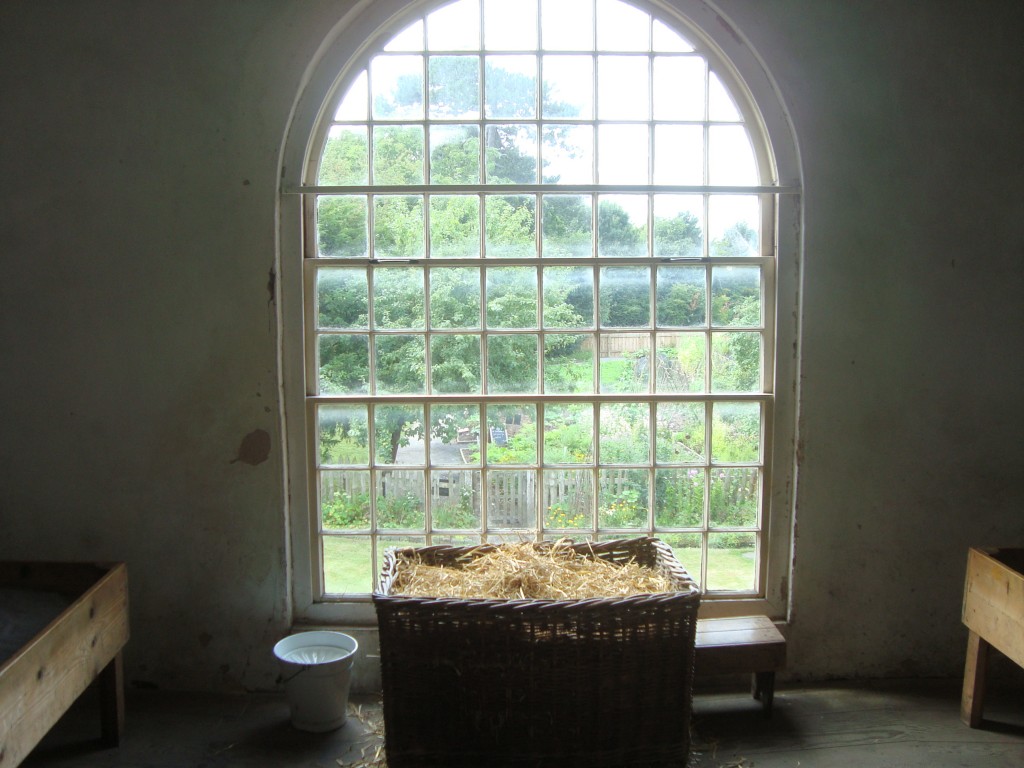 A loo with a view – slop bucket and basket of straw; backsides, for the use of…

Interestingly, new arrivals were checked out by the local doctor (Dr Holland), who made sure that the newcomers were old enough and fit to be admitted as apprentices. For his £20 annual fee he would give the children regular surgeries, bleed them with leeches when they suffered from reactions to the constant cotton dust, supply them with brimstone and treacle if they had stomach aches, and cut off damaged digits if they caught their fingers in the looms and yarn spinning machinery.

Having worked from the age of nine for perhaps ten to twelve years, the apprentices might then get a paid job in the factory, but at that stage would move out into other accommodation in the village. It seems amazing to think that a childhood of abject slavery was considered ‘enlightened’ but in practice the apprentices were fortunate to get regular meals, a roof over their head, and a chance to get a job afterwards. So, well done, Hannah Greg!

But Hannah  was not unaware of the injustices of the world and I must say I was impressed with some of her ideas which she recorded in her diaries in the last decade of the 18th Century. These are not the retrospective comments of modern-day feminists, or of rabid opponents of the British Empire – they were what a thoughtful, conscientious, person was thinking at the time, 215 years ago. It makes you think… 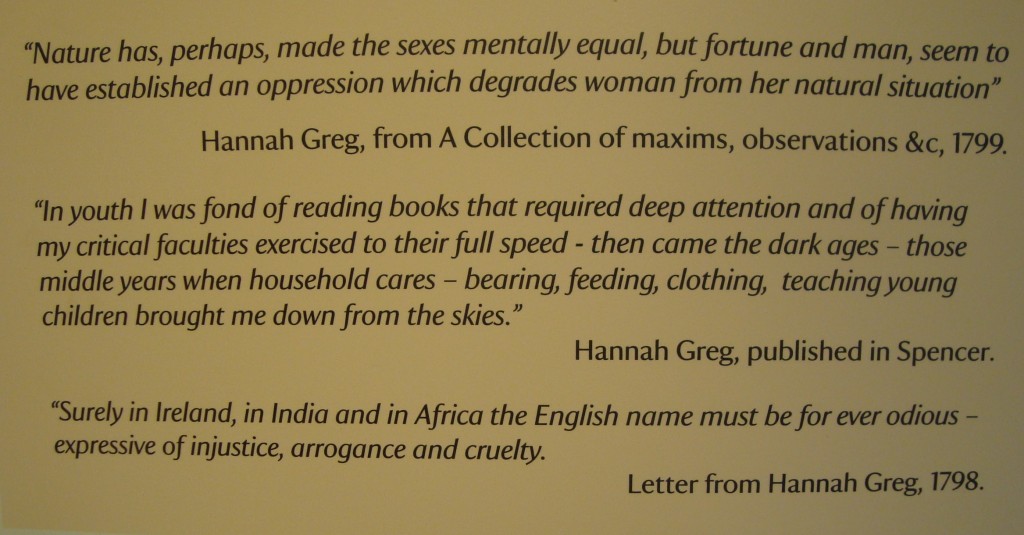 Anyway, Quarry House was well worth a visit. More of the noise, the dust, the sheer awesome scale of the factory operations, in a future blog. Details of the National Trust property opening times appear here.