This caricature on manners revolves around the fact that in polite company you indicated when you had had a sufficiency of tea by placing the teaspoon in the cup when putting it down on the table. Not to do so was an invitation to the hostess to pour another cup. 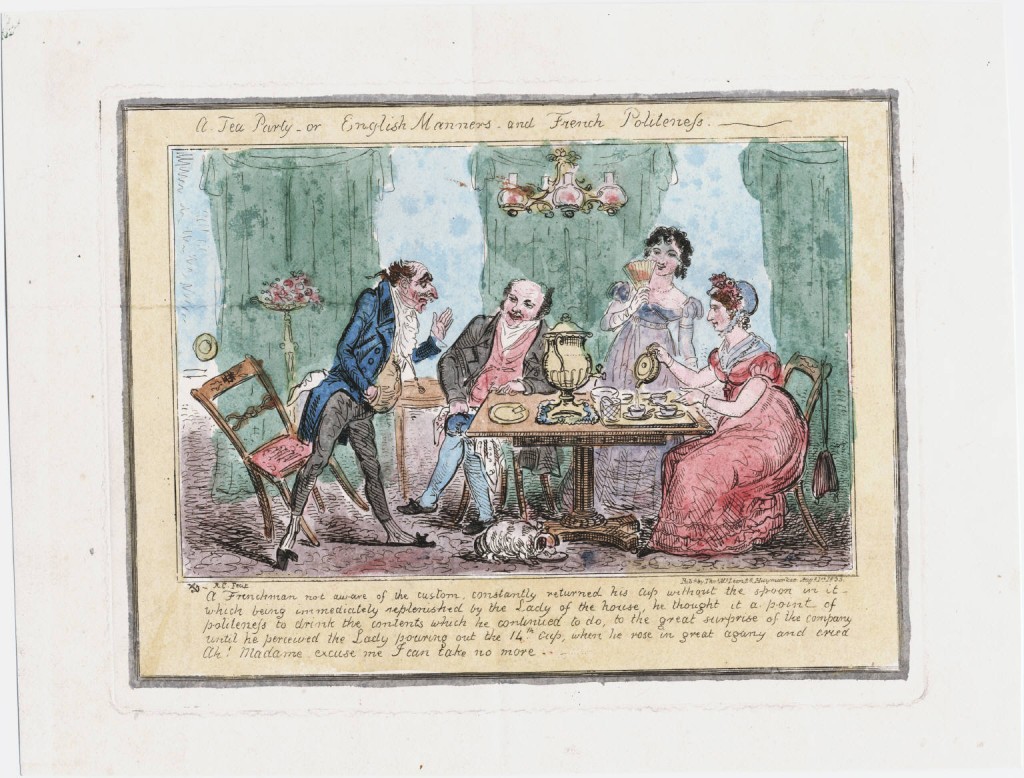 The text beneath reads:

“A Frenchman not aware of the custom, constantly returned his cup without the spoon in it, which being immediately replenished by the lady of the house, he thought it a point of politeness to drink the contents which he continued to do, to the great surprise of the company until he perceived the lady pouring out the 14th cup, when he rose in great agony and cried, ‘Ah! Madame excuse me I can take no more’.

As befits such an image it contains  a picture of a dog. It is by Robert Cruikshank and appeared in 1835, and is shown courtesy of the Lewis Walpole Library. And that will be the last of my doggy-themed posts for this week – I promise!