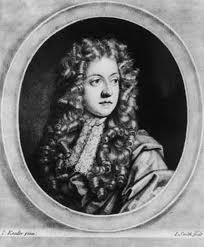 In researching a number of Eighteenth Century scientists I keep coming across mention of the Copley Medal – recipients such as Benjamin Franklin (electricity) John Dolland (optics) John Harrison (maritime time-pieces) James Cook (explorer and circumnavigator) Joseph Priestley (chemistry) and William Herschel (astronomy) are just a few of the recipients I have blogged about. Which got me thinking: who was Copley and who else got honoured but have since been forgotten?

I suspect the most forgotten recipient, nay a triple recipient, is one I had never heard of: John Theophilus Desaguliers who won the medal in 1734, 1736 and 1741. The citation doesn’t give much away: “For his experiments made during the year” and “In consideration of his several Experiments performed before the Society” or best of all, “For his Experiments towards the discovery of the properties of Electricity. As an addition to his allowance (as Curator) for the present year.” Which, let’s face it, sounds rather like an award for putting out the chairs before the meeting, fetching the coffee, and being an all-round good egg. (I am being deliberately unfair on JTD, who was an influential inventor (steam engine safety valves) and researcher (he gave us the word ‘conductor’ for things which conduct electricity). But given that the award was first made in 1731, to give it 3 times to the same guy inside ten years (and 2 of those years were blank) showed a lack of imagination on the part of the Royal Society who then, as now, administer the award.

In the intervening centuries there has only ever been one female recipient (loud cries of “shame on you” and “Boo! Hiss”) when in 1976 the British chemist Dorothy Crowfoot Hodgkin was awarded the medal. Fifty two of the medallists have gone on to become Nobel Prize winners (17 in Physics, 21 in Physiology or Medicine, and 14 in Chemistry).

To start with it was decided that “a medal or other honorary prize should be bestowed on the person whose experiment should be best approved” by the Royal Society but in 1831 the rule changed: it is now awarded to the researcher who most deserved it. It honours outstanding achievements in research in any branch of science, and alternates between the physical sciences and the biological sciences.

And what of the man himself? Sir Godfrey Copley, 2nd Baronet FRS (c. 1653 – 9 April 1709) was a wealthy English landowner, art-collector and public figure, who lived in Sprotbrough, now part of Doncaster in South Yorkshire. His father had been made a baronet by King Charles II in 1661, and he succeeded to the title in 1678. By then he was already High Sheriff of Yorkshire, and was elected a member of the Royal Society in 1691.

He served as Member of Parliament for Aldborough from 1679 to 1685 and for Thirsk from 1695 to 1709, and also served as commissioner of public accounts and controller of the accounts of the army.

In 1709 he made a bequest in the sum of one hundred pounds, “in trust for the Royal Society of London for improving natural knowledge.” Sir Godfrey died of a quinsy (a form of tonsillitis) at his house in Red Lion Square off Holborn in 1709 and is buried at Sprotborough.

A second donation of £1666 13s. 4d. was made by Sir Joseph William Copley in 1881, and the interest from that amount is used to pay for the medal. The medal in its current format is made of silver gilt and awarded with a £5000 prize.

Recent recipients of the medal have included Stephen Hawking (2006) ‘for his outstanding contribution to theoretical physics and theoretical cosmology’ and Dan Mackenzie in 2011 (‘for his seminal contributions to the understanding of geological and geophysical phenomena including tectonic plates’).

I am intrigued by the work of some of the scientists honoured in the Eighteenth Century:

In 1738 James Valoue got the award “For his invention of an Engine for driving the Piles to make a Foundation for the Bridge to be erected at Westminster, the Model whereof had been shown to the Society”

In 1747 Gowin Knight was recognized “On account of several very curious Experiments exhibited by him, both with Natural and Artificial Magnets”

In 1750 the award went to George Edwards “On account of a very curious Book lately published by him, and intitled, A Natural History of Birds, &c. – containing the Figures elegantly drawn, and illuminated in their proper colours, of 209 different Birds, and about 20 very rare Quadrupeds, Serpents, Fishes, and Insects.”

1770 saw William Hamilton given the Copley Medal “For his Paper, entitled, An Account of a Journey to Mount Etna”

In 1771 Matthew Raper was the medallist “For his paper entitled, An Enquiry into the value of ancient Greek and Roman Money”

In 1791 James Rennell was recognized, not his painstaking work as a cartographer in India, but “For his Paper on the Rate of Travelling as performed by Camels, printed in the last … volume of the Philosophical Transactions.”

In all, a fascinating catalogue of scientific research and exploration! 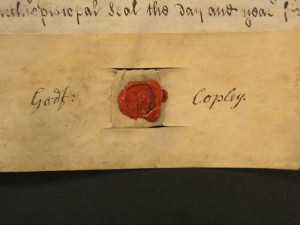 One Response to “The man behind the medal: Sir Godfrey Copley.”