Spare a thought today for a young woman called Elizabeth Butchill who, on 6th January 1780, gave birth to an illegitimate child. Elizabeth Butchill had been born in Saffron Walden in Essex in 1758, making her twenty two years old. She had moved to Cambridge when she was eighteen or nineteen, living with her uncle William Hall. 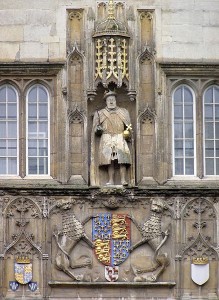 William’s wife Esther had a job making beds for the students at Trinity College and she used her connections to secure the same employment for her niece. Whether some randy undergraduate “bedded the young bedder” history does not relate, but suffice to say she became pregnant and carried her secret for nine months, unable to confide her shame in anyone.

It must have been terrifying for her as the moment of birth drew near – the certainty that further concealment would be impossible. She dared not tell her aunt and uncle. Whether she had a plan or simply acted on the spur of the moment is not known. What is clear is that she went into labour on her own – her aunt heard her groaning in the early hours of the morning and on being informed that “it was colic” took her niece some peppermint tea and hot flannels to soothe her. Not perhaps the most observant of people, the aunt….

The aunt went off to work at six in the morning and at around half past six Elizabeth delivered herself of a baby girl. She would have known that her aunt would return from bed making duties at around ten. On her own admission she held the baby for some twenty minutes, no doubt pondering the awful fate which life would have in store for them both if the child lived. In her desperate state she committed a terrible sacrifice – she hurled the baby down the necessary – the latrine – from where it floated down into the river where it was discovered the following day, its skull fractured.

The Newgate Calendar takes up the story:

“William Hall, hearing a child had been found, suspected the said Elizabeth Butchill, and sent for a surgeon to examine her. In her voluntary confession, taken before the mayor and Dr. Ewin, and read to the jury, she confessed that she was delivered of a female child on Thursday morning, about half past six o’clock, by herself; that the child cried some little time after its birth; and that, in about twenty minutes after, she herself threw the said infant down one of the holes of the necessary into the river, and buried the placenta, &c. in the dunghill near the house. The Coroners Inquest returned a verdict of wilful murder.”

The wheels of justice moved fast: 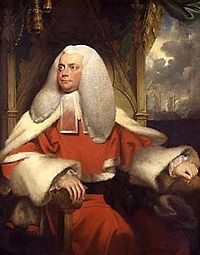 “On Wednesday morning she was tried before Judge Buller, when her voluntary confession being produced, and many corroborating circumstances appearing in evidence, the jury found her guilty, and the judge passed sentence on her in a very pathetic and affecting manner. When the unhappy culprit, in extreme agony, solicited mercy, his lordship told her that, as she had been deaf to the cries of the innocent, and, stifling the strong ties of maternal affection, had been the murderer of her child, it was impossible for mercy to be extended to her in this world; he therefore exhorted her to seek for a sincere repentance, and sentenced her to be executed the succeeding Friday, and her body to be anatomized.”

The Newgate Calendar ends this sad tale by describing her execution with the following words:

“Desiring her example might be a warning to all thoughtless young women, and calling on Jesus Christ for mercy, she was launched into eternity amidst thousands of commiserating spectators, who, though they abhorred the crime, shed tears of pity for the unhappy criminal.

She was a decent plain young woman, about twenty-two years of age; and, before this unfortunate affair, bore a good character for her modest behaviour.”

Her execution took place on 17 March 1780 at Cambridge. Spare a thought for the poor tormented “thoughtless” young Essex girl, who 234 years ago paid a heavy price for the prejudices of 18th Century society, and for the blindness of Justice.

Post script: as far as I know William and Esther Hall were no relations of my ancestor Richard Hall.

3 thoughts on “18th Century infanticide: the sad and salutary tale of Elizabeth Butchill.”