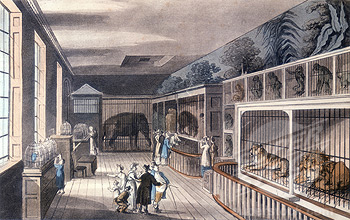 On 14th November 1813 Lord Byron went to the Strand in London to see an elephant. Not any old elephant: Chunee, the star of numerous plays and pantomimes, and who had appeared at both Drury Lane and Covent Garden. This male elephant was huge – 11 feet tall, and weighed nearly 7 tons. The animal’s party piece was to use his trunk to pick up a silver sixpence from a member of the public, and then pass it back to the visitor. Byron paid over his money and recorded “The elephant took and gave me my money again — took off my hat — opened a door — trunked a whip — and behaved so well, that I wish he was my butler.”

At the time Chunee was being exhibited at Exeter Exchange. From the 1770s, Exeter Exchange in the Strand was occupied by a succession of showmen who dealt in ‘foreign birds and beasts’. Chunee had been acquired by a Mr Pidcock, who showed him to the public alongside kangaroos, beavers, exotic birds, and oddities such as a two-headed cow! After Pidcock’s death in 1810 the animals were sold and Chunee ended up in the possession of one Edward Cross. 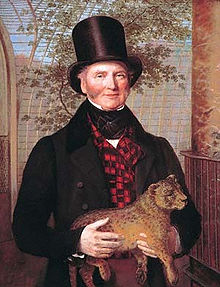 Then one day in February 1826 while he was being walked down the Strand (as you do) Chunee ran amok and killed one of his keepers. Over the ensuing days he became impossible to handle and there were fears that he would smash his tiny cage to pieces. Mr Cross decided to have the beast killed.

On 1 March, his keeper tried to feed him poison, but Chunee refused to eat it. Soldiers were summoned from Somerset House to shoot Chunee with their muskets. Kneeling down to the command of his trusted keeper, the massive elephant was hit by 152 musket balls, but refused to die. His keeper then administered a coup de grace with a weapon variously described as a harpoon or a sword. 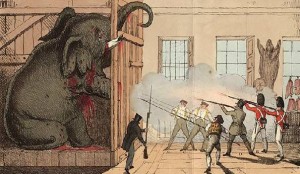 The poor animal obviously died in agony, but that was not the end of his ignominy: hundreds turned up and paid a shilling to watch his carcass being butchered and dissected. His hide was removed and found to weigh 1900 lb (860 kilos) and was sold to a tanner for fifty pounds. His skeleton was sold for twice that amount and ended up at the Royal College of Surgeons (after being paraded around the Egyptian Hall in Piccadilly). The skeleton remained in the Hunterian Collection until it took a direct hit from the luftwaffe in 1941. 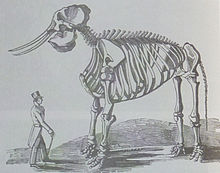 The animal’s death led to a huge furore: people wrote The Times complaining about the appalling, cramped, living conditions in which the animals had been kept – others complained at the barbaric and cruel slaughter. Within a month of the animal’s hideous death, the Zoological Society of London was founded (April 1826) . People no longer wanted to come and see the animals and as a result, the Exeter ‘Change soon closed down (it was finally demolished in 1829) and the remaining animals were transferred to a zoo in Surrey. 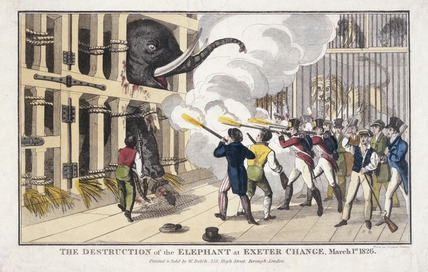 The Destruction of the Elephant at Exeter ‘Change (courtesy of the City of London Museum). 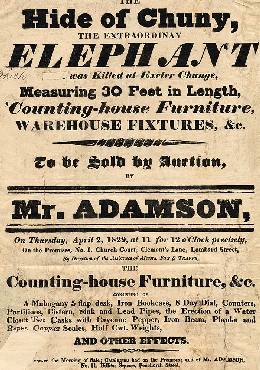 This sad story is shown as an indication of the Georgian’s cruelty to animals. Of course, it didn’t end there: I have a Victorian newspaper which describes in graphic detail how another elephant was poisoned with vast quantities of prussic acid – apparently to see how much it would take to kill the beast.

You will gather from the above that I do not like zoos. I accept that some of them have wonderful breeding programmes  which help keep different species alive, but I choose to vote with ny feet: this particular grandfather does not take his  children’s offspring to a zoo. Never have, and never will.

6 Responses to “The sad story of Chunee the elephant.”