I recently returned from India and one of the main recollections was of the way that if I ventured outside, I was immediately targeted by every taxi driver within half a mile! This scene drawn by Thomas Rowlandson is a reminder that anyone walking near the River Thames crossings 250 years ago would have been assailed in a similar fashion. 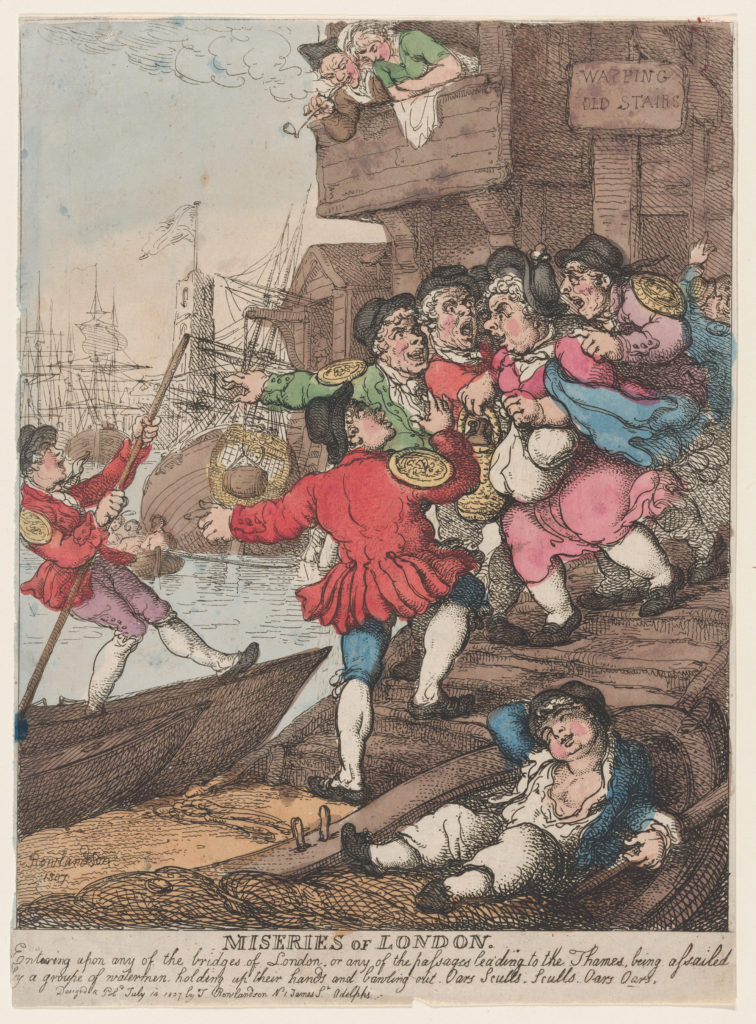 Entitled ‘Miseries of London’ it has  the strap-line ‘Entering upon any of the bridges of London or any of the passages leading to the Thames being assailed by a groupe [sic] of watermen holding up their hands and bawling out. Oars Sculls. Sculls. Oars. Oars.’

The watermen were notorious – this was drawn by Rowlandson in 1807 and is shown courtesy of the Metropolitan Museum of Art.

For several hundred years the activities of the watermen (who carry passengers) and lightermen (who carry goods) had been governed by The Company of Watermen and Lightermen of the River Thames which was founded in 1514, back in the reign of Henry VIII (the lightermen were allowed to join in 1700). Members must have watched in horror throughout the eighteenth century as more and more bridges were constructed across the Thames – Westminster Bridge opened in 1750, Blackfriars in 1769, Vauxhall Bridge (then known as Regent Bridge) in 1816 and Southwark in 1819. Each new bridge-crossing would have lessened the volume of business for the poor watermen, classic losers in the  changes brought about by the Industrial Revolution.

So, what happened to all the importuning,wheedling, body-checking, shouting, swearing men who used to gain a living from working the river (and there were 40,000 of them as far back as 1600)? My guess is that they all went to India to look for work driving taxis… 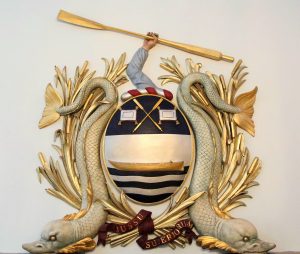 One Response to “The watermen on the River Thames – an unruly, noisy, boisterous gang of men.”