I blogged a few years back on the way that my ancestor Richard Hall wrote down words where the spelling and the pronunciation differed. I thought  that readers might be interested in seeing the original hand-written list of ‘awkward words’ rather than my summary, so here goes: 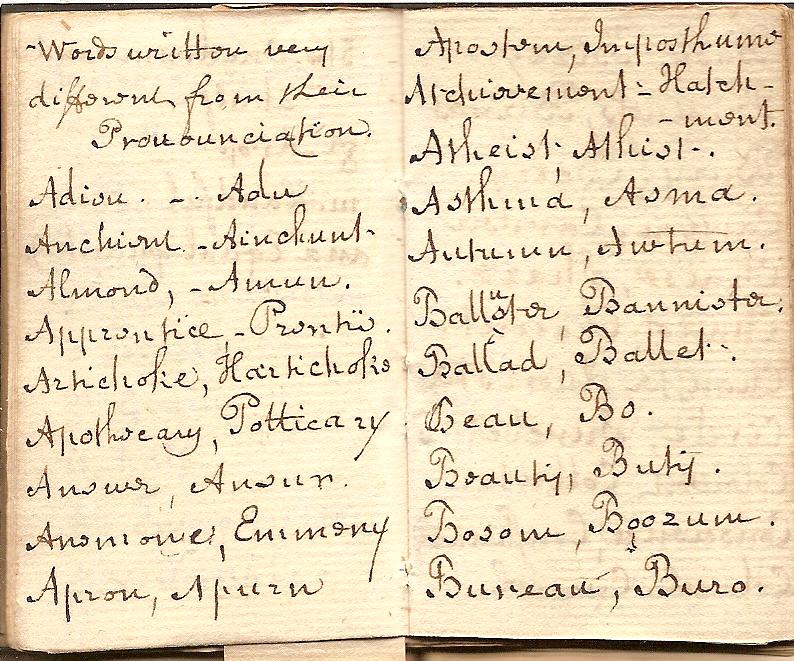 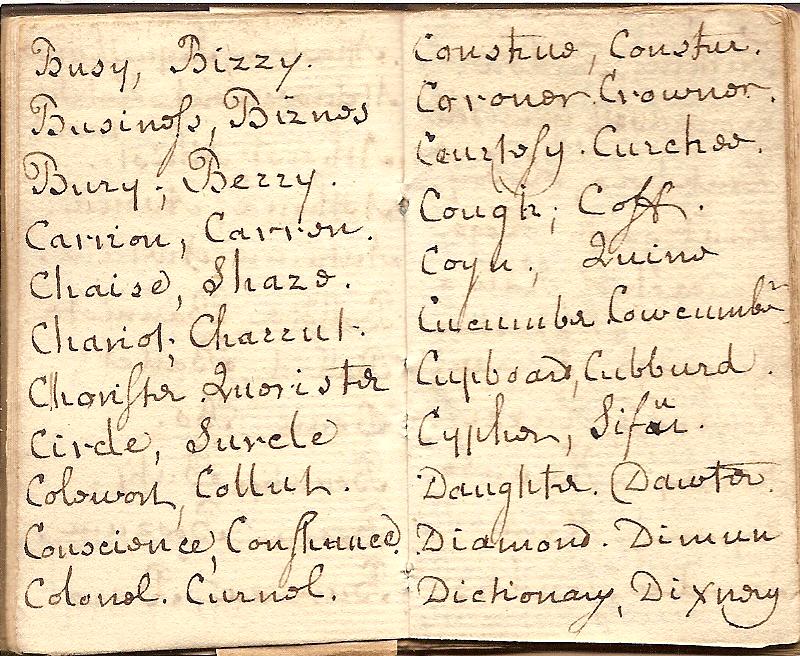 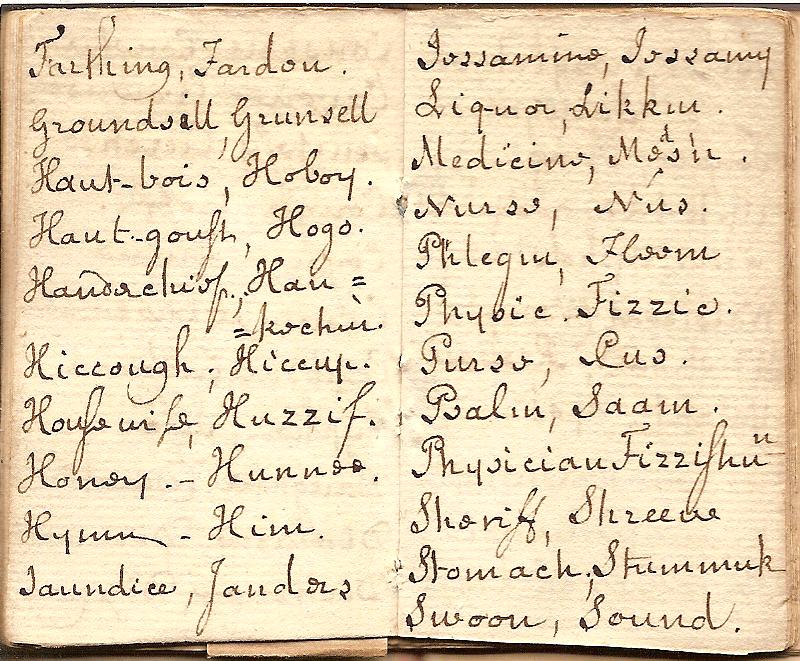 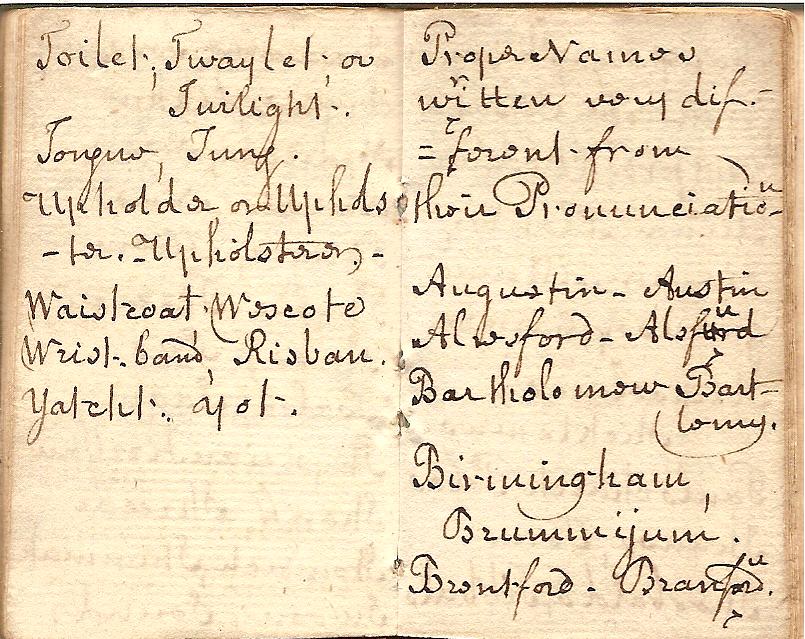 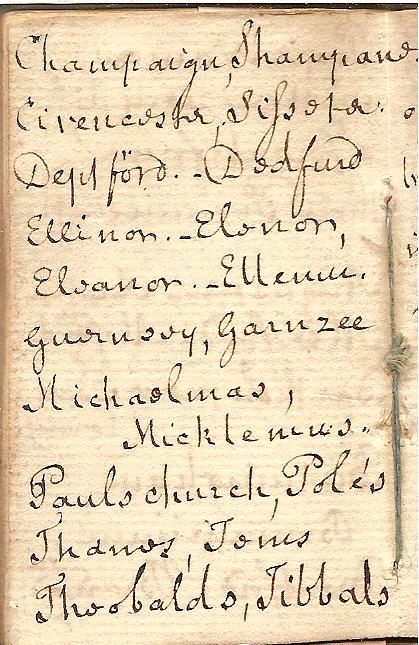 Some of the items are a surprise – such as adding an ‘h’ to artichoke, and calling a ‘cucumber’ a ‘cowcumber’. I have not come across anyone pronouncing ‘swoon’ as ‘sound’  and with his ‘amuns’ for ‘almonds’ and  his ‘fardons’ for ‘farthings’, and his ‘twaylet’ for ‘toilet’, he does sound just a little bit precious!

To end with, I am reminded that when I was researching for my book on Philip Astley I came across the story of how he was teased because he was always unsure about adding an ‘h’ before any word starting with an ‘a’. So, “Hannibal’s army had hardly any armour” would come out as “Annibal’s harmy ad ardly hany harmour”. Poor Philip – and should that make him ‘Philip Hastley’?