Time to get your skates on: Gillray’s Elements of Skating, from 1805

At that old  favourite the Lewis Walpole Library site I came across a lovely series of four prints entitled “Elements of skateing” published by Hannah Humphrey on 24th November 1805. 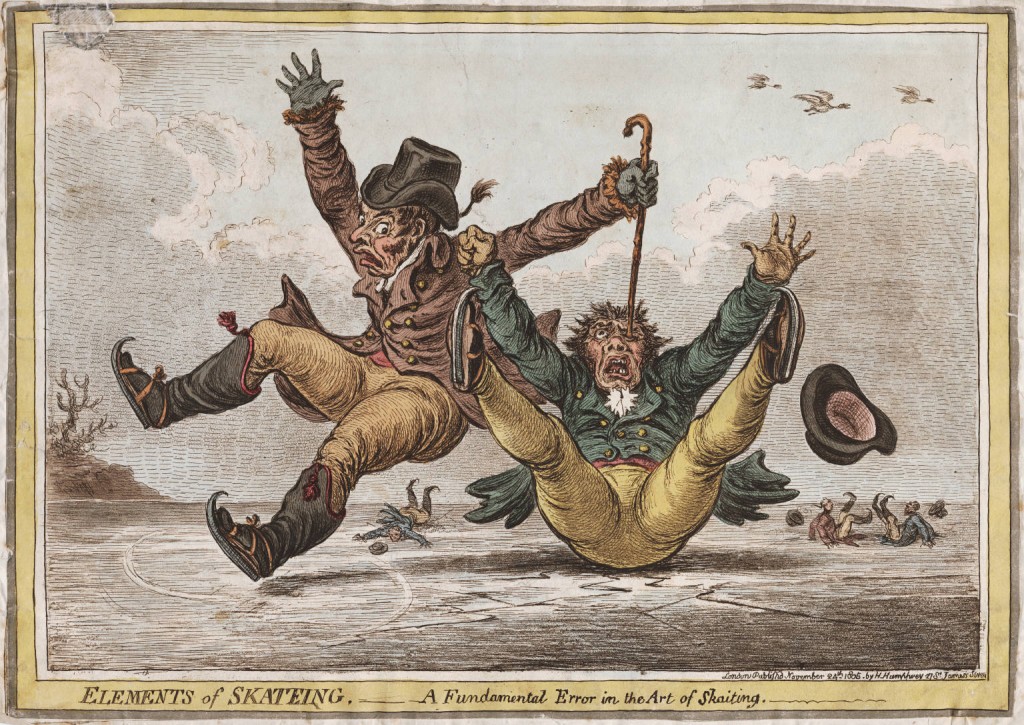 It reminds me of one time when I went skating on a first date with a girlfriend, and crashed into the professional skating teacher, sending her sprawling. It was only then that my date admitted to me that she was a member of the Olympic skating team – and that I had well and truly blown it in the romance stakes!

The second in the series is called “Making the most of a passing-friend, in case of an emergency!” 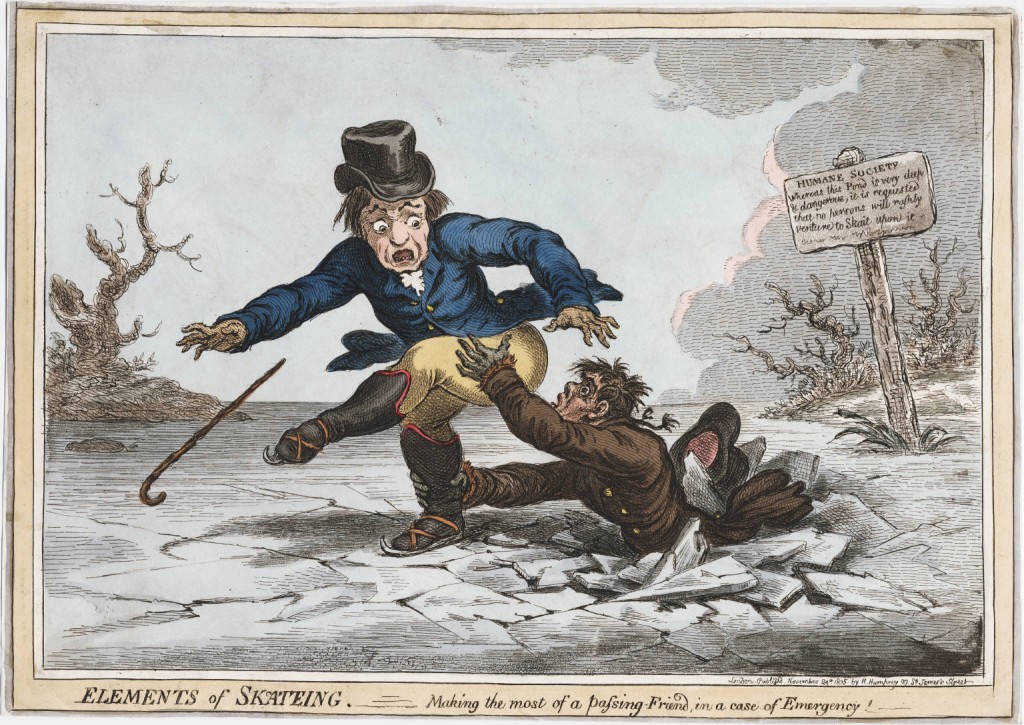 The third one is “Attitude! attitude is every thing!” and shows the importance  of adopting a stylish pose: 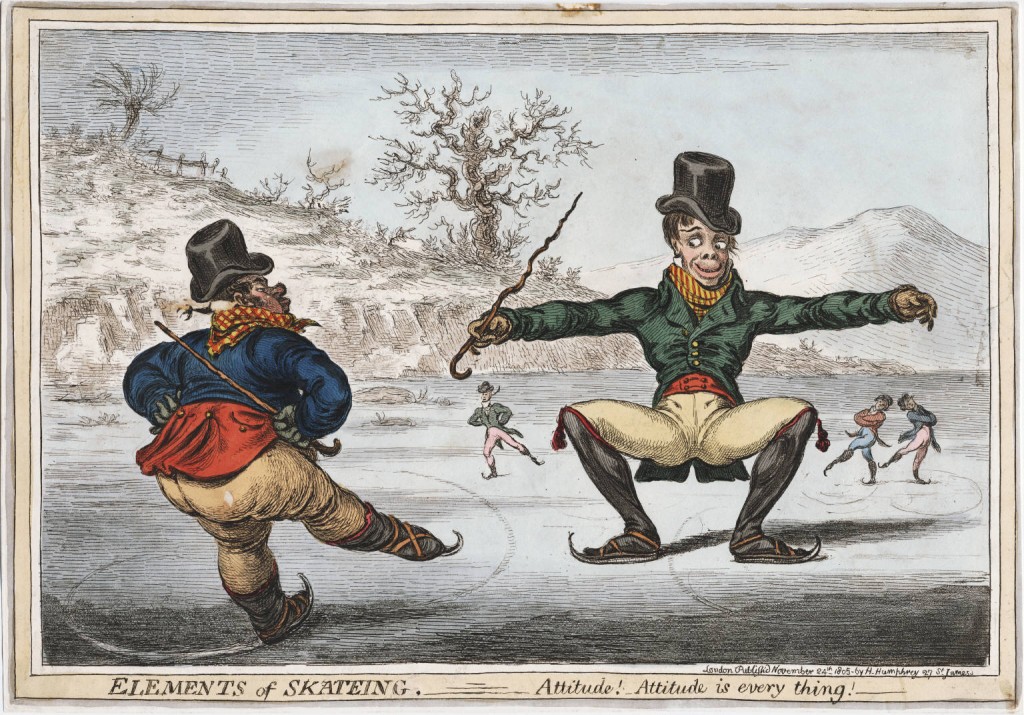 The last in the series is called “The consequence of going before the wind.” It combines that new-fangled invention the umbrella with the perils of ice skating: 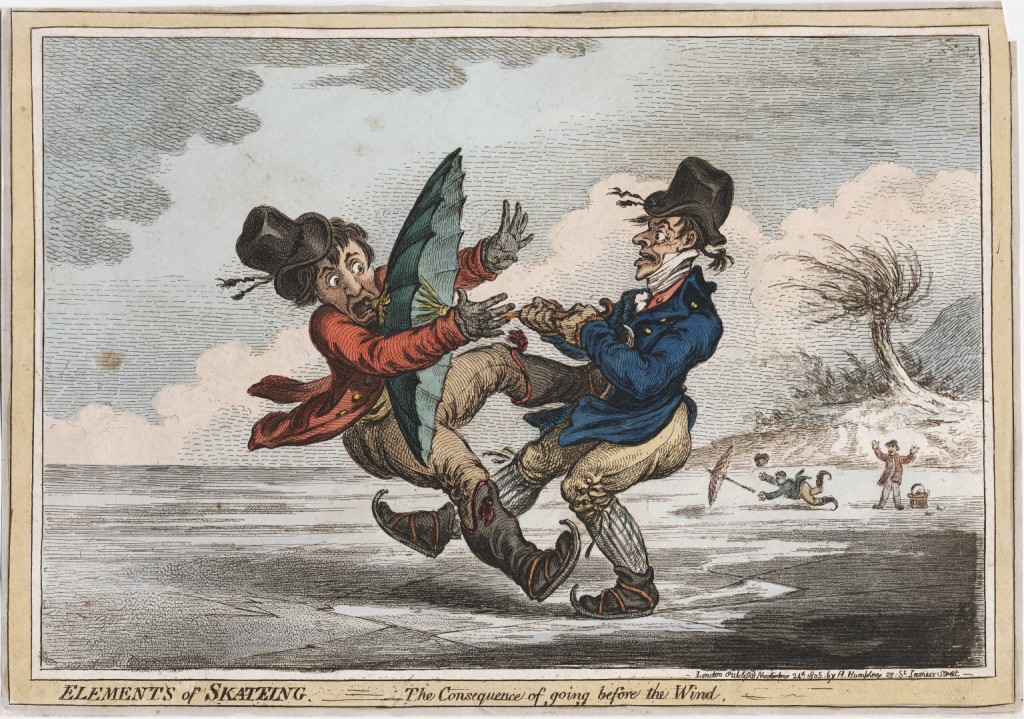 And to end with, Gillray’s “Fine bracing weather” from 1808, part of his group describing different weather conditions, and showing a happy if rotund gentleman whizzing along on skates. 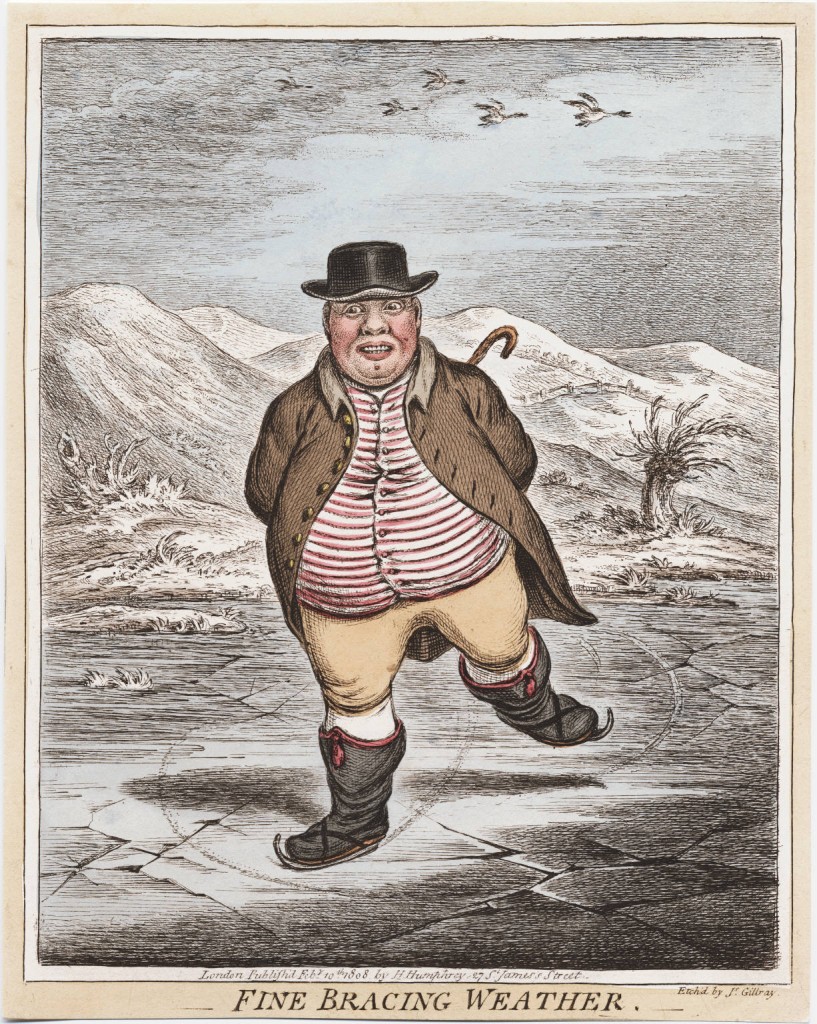 1 thought on “Time to get your skates on: Gillray’s Elements of Skating, from 1805”