A short follow-up to my blog relating to my last book (Trailblazing Georgians). I see that this month’s issue of Jane Austen’s Regency World contains a review of the book. In case you haven’t heard of the ‘JARW’,  it comes out six times a year, is in full colour, and is a satisfyingly sumptuous publication. It doesn’t confine itself to stories about Jane Austen, although there is much there to please aficianados of all things Austen. It also has articles relating to the Regency era, as well as puzzles, quizzes, background information – and, of course, interesting and perspicacious book reviews!  Anyone interested in finding out more should enquire via subscriptions@lansdownmedia.co.uk or write to The Editor at 3 Traquair Park East, Edinburgh, EH12 7AP. 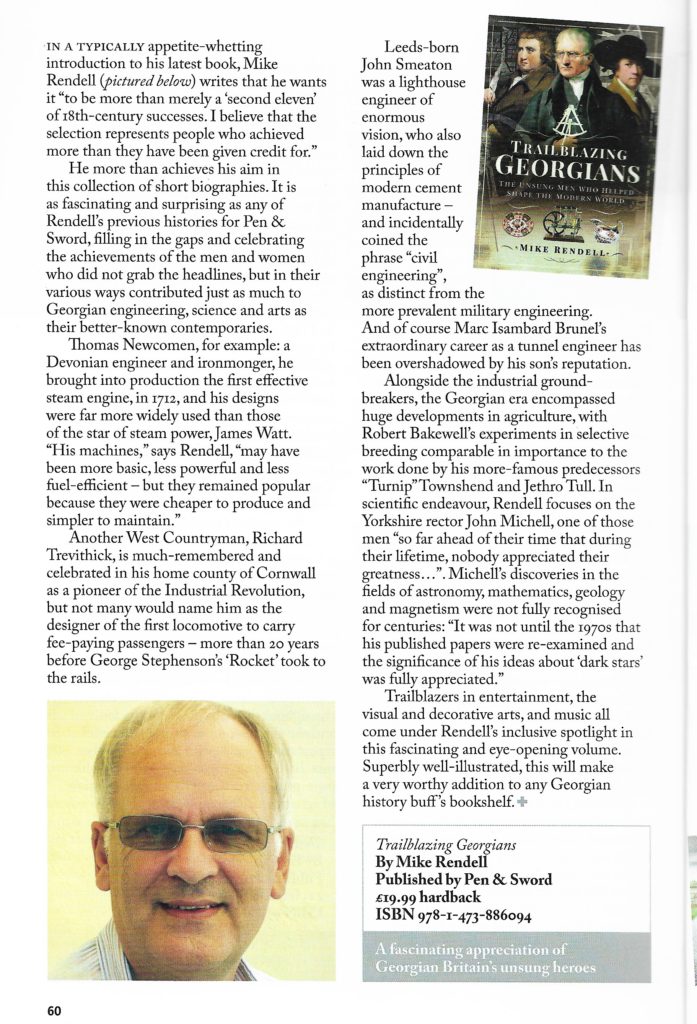 Just for the record, I did not include female achievements in this particular book – because they received a separate showcase in Trailblazing Women of the Georgian Era

Ah well, back to writing my next book, featuring the elite harlots who strutted their stuff across fashionable London 250 years ago. It is all about the women who earned the sobriquet of ‘Toast of the Town’, and who influenced  what women wore in a way which is hard to imagine nowadays. The ‘Fanny Murray cock’, (so called because it was worn at a jaunty angle) the ‘Perdita  chemise’ and  the ‘Robinson hat’ (both named after Mary Robinson) – all will get a look-in for what I hope will be my final outing into print, some time in 2022, as ‘Whores, Harlots and Mistresses‘. But then again, it may be called something entirely different by the time I finish writing it …!