Richard filled book after book with distances between towns which he visited, sometimes combined with the turnpike fees paid along the way. Here his list gives  the distances by road when travelling from Bath to Bristol, from Gloucester to Bath and from Bourton to both Stow-on-the-Wold and to London. 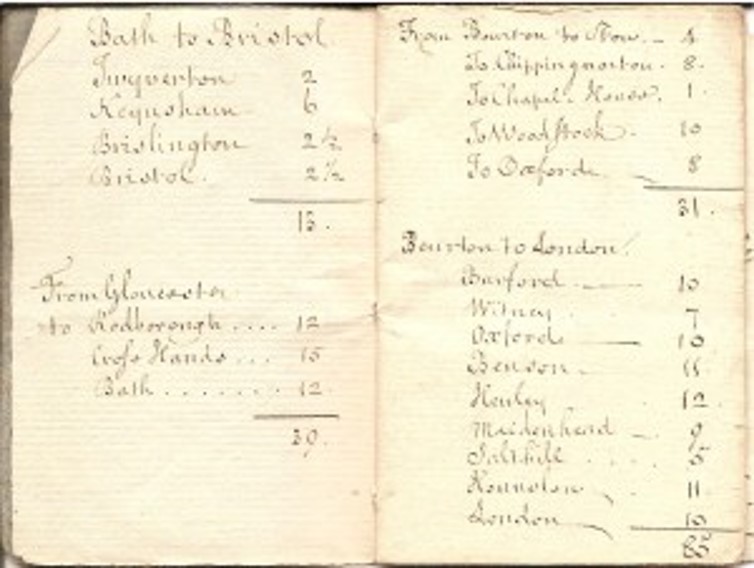 Richard would also follow his progress on journeys by looking at the route on his linear maps, such as this one, showing a journey between Bristol and Banbury: 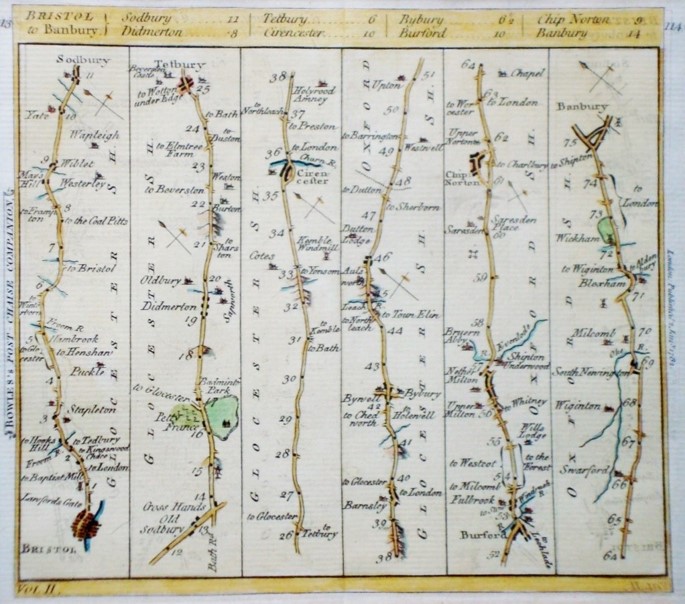 More lists – and what they meant – in the Journal of a Georgian Gentleman !