I am always intrigued by the ‘Marriages’ section in the Gentleman’s Magazine – at the amount of detail about the age of the participants, and the amount of the fortunes being brought into the marriage.

Sometimes it is difficult to know for whom to feel most sorry – the old bride or the young swain (or, conversely the old goat and the young bride). Consider the second of these two entries:

So we have the 21 year old Captain Peter Hale, of no Business nor Fortune, marrying a rich old biddy of 74, presumably to get his hands on her assets, in this case an income of £300 a year (come on, what other assets do you think he was after?). Having married her he would presumably automatically have become the owner of all her capital (under the law of coverture). I have no idea how many years Sarah Vincent stayed alive, or whether the young captain turned out to be a scoundrel and promptly went off with all her money but I fear the worst!

Sometimes of course the boot was on the other foot, where on 7th September, Mr Dethick, a 70 year old Senior Proctor in Doctors Commons, used his considerable charms to entice a young woman living at the Mitre Coffee House into marriage. She was 23, and I am sure that she would have made the old man very happy…. especially as he had no family and no-one else with a claim on his estate. 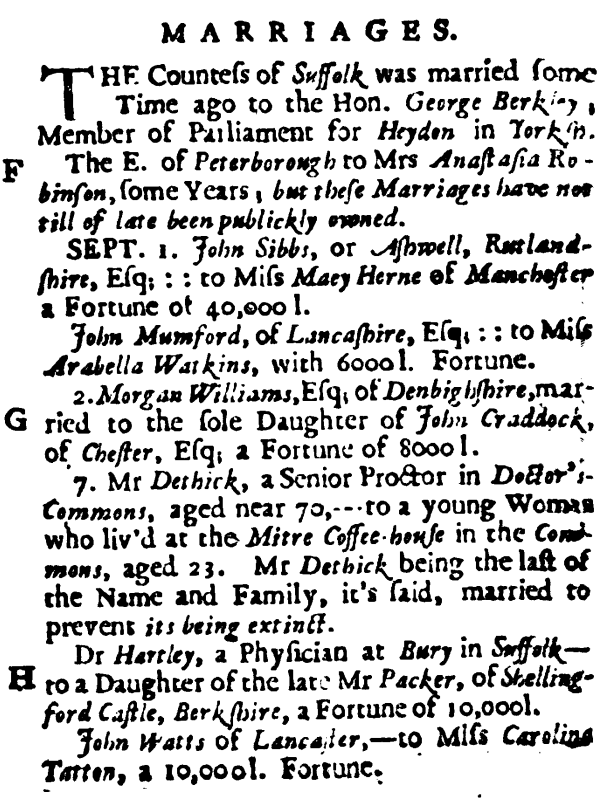 Below that entry are the details of two men who each secured a fortune on marriage of £10,000 – equivalent to nearer a million pounds nowadays. Intriguingly, the top entries refer to members of the aristocracy, and on those cases no mention is made of either age or fortune. I rather like the reference to the fact that the “these marriages have not till of late been publickly owned”. But I think my congratulations should be saved for John Sibbs. I have no idea of his age, or how ugly/vivacious was the blushing bride (Miss Mary Herne), but he copped £40,000 by marrying her. Fortunate indeed!

And to illustrate   these entries, how about a G M Woodward caricature from 1803, shown courtesy of the Lewis Walpole Library, entitled “An advertisement for a Husband” 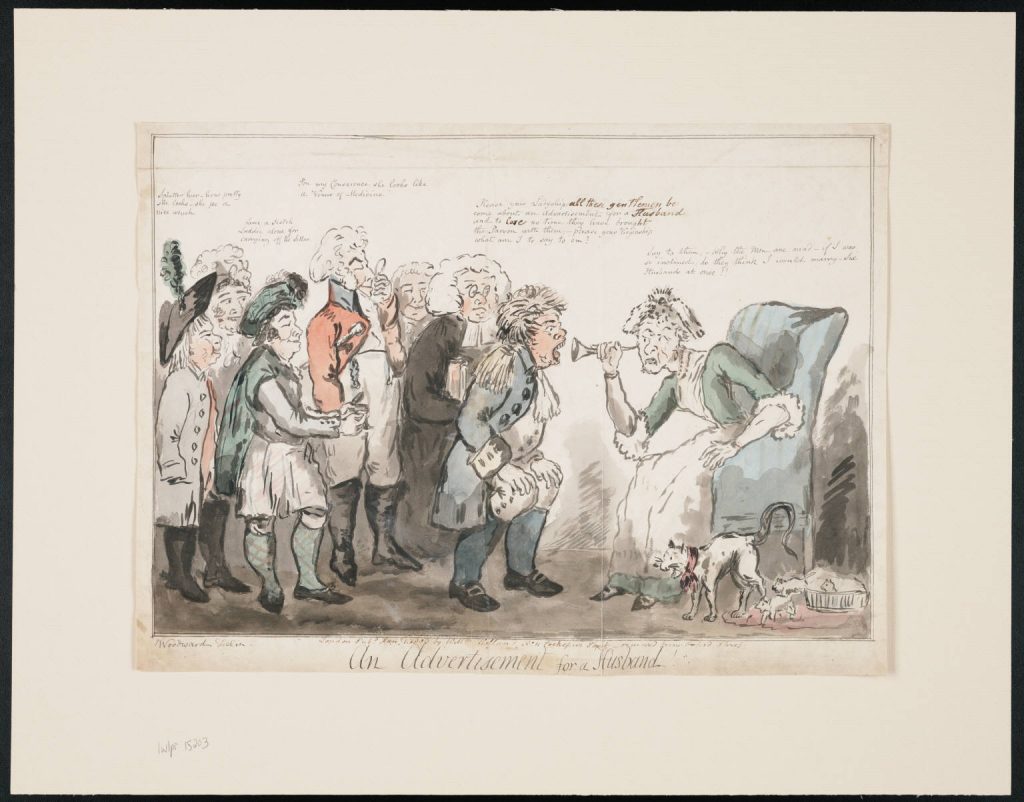 The explanation given on the site gives us: “A footman leads a parson and six prospective suitors that have arrived in response to an advertisement for a husband posted by an ‘old maid’. The bachelors include a Welshman, a Scotsman, and a doctor that offer flatteries while waiting, “Splutter hur, how pretty she looks, she be a nice wench.” “Leave a Scotch laddie alone for carrying off the sillar” [silver] and “From my conscience, she looks like a Venus of medicine!” respectively. The footman leans forward to shout into the elderly woman’s ear trumpet, “Please your ladyship all these gentlemen be come about an advertisement  for a husband and to lose no time they have brought the Parson with them; please your Virginship what am I to say to ;em?” The elderly woman responds, “Say to them, why the men are mad, if I was so inclined do they think I would marry six husbands at once!!” A hissing cat followed by a litter of kittens stand beside the woman’s chair.

Or finally, because I am a terrible cynic, a caricature about marital bliss from around 1812, also on the Lewis Walpole site, entitled ‘Hither and thither’. 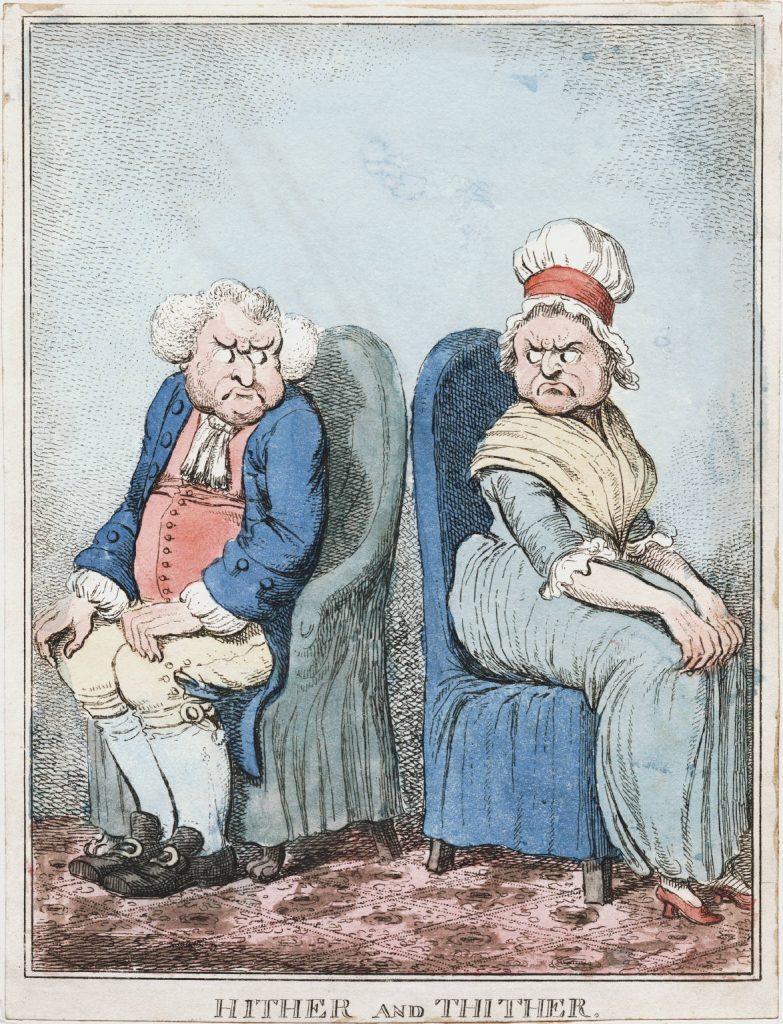 One Response to “True love — and marriage”