I thought it would be interesting to do a few blogs on clergymen and how they were shown in 18th century caricatures. First up, a couple of drawings under the title of Fast Day, the first by Thomas Rowlandson: 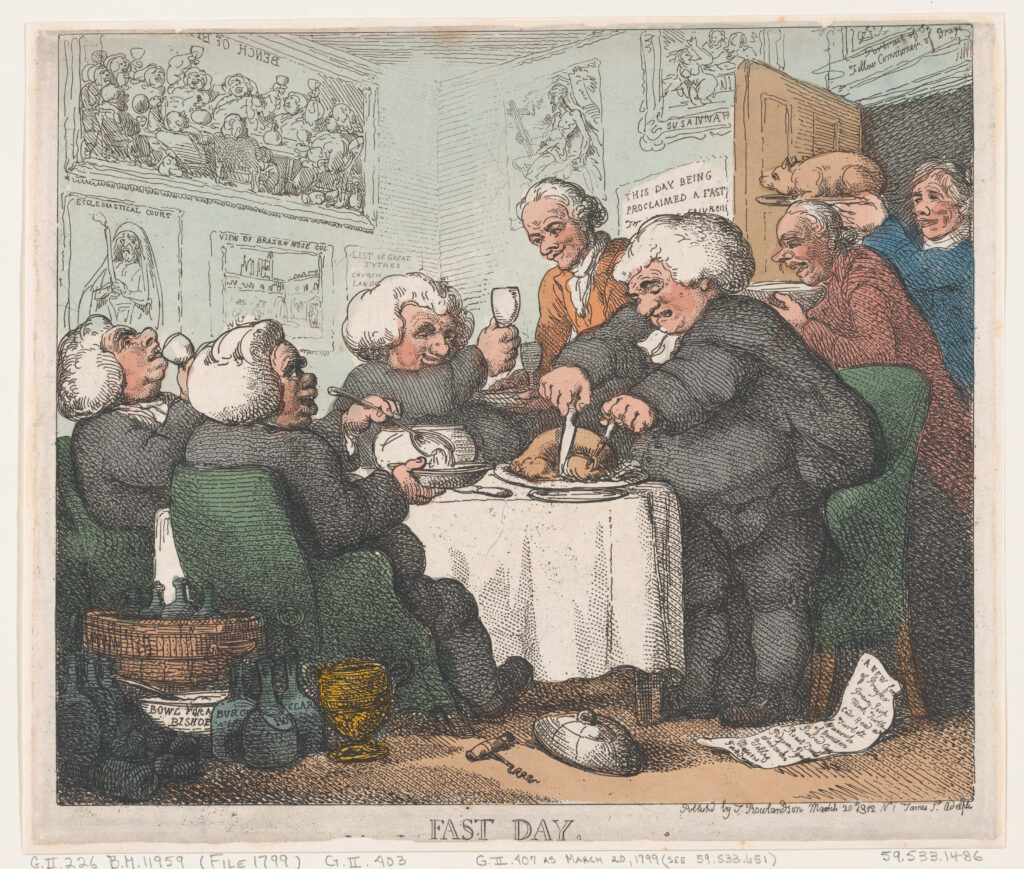 It shows four members of the clergy enjoying their food hugely, at a feast at a small dinner table at Brasenose College – one carves the roast while another enthusiastically ladles food onto his plate. The connection with Brasenose is shown by two pictures, one over the door  which is entitled ‘A Portrait of a Fellow Commoner of Brase’ and another entitled ‘View of Brasen Nose College’. A third picture, shown top left, shows a bench of ten clergymen  carousing and raising their wine glasses.

Three servants bring in replenishments, including more drink and a suckling pig. The wine cooler has at least four bottles waiting to be opened and three further bottles (marked Burgundy, Hock and Claret) stand on the floor, alongside the bottle opener in the centre and three more unmarked bottles on the far left. A punch-bowl marked ‘Bowl for a Bishop’ sits alongside the bottles.

A paper lies on the floor containing ‘a new form of prayer’ – a eulogy about food. It lists  such delights as Mock Turtle, Haunch of Venison, Cod’s Head and Turbot.The print was published by Rowlandson on 20 March 1799, from an address shown as Number 1, James Street, Adelphi, London. It appears on the Metropolitan Museum site   and a differently coloured version can also be seen on the Royal Collections Trust site.

An earlier Fast Day from  the pen of the precocious Richard Newton  had appeared six years earlier, on April 19, 1793. At that stage Newton was  one month short of his sixteenth birthday. He was such a talent, and was to die only five years later. 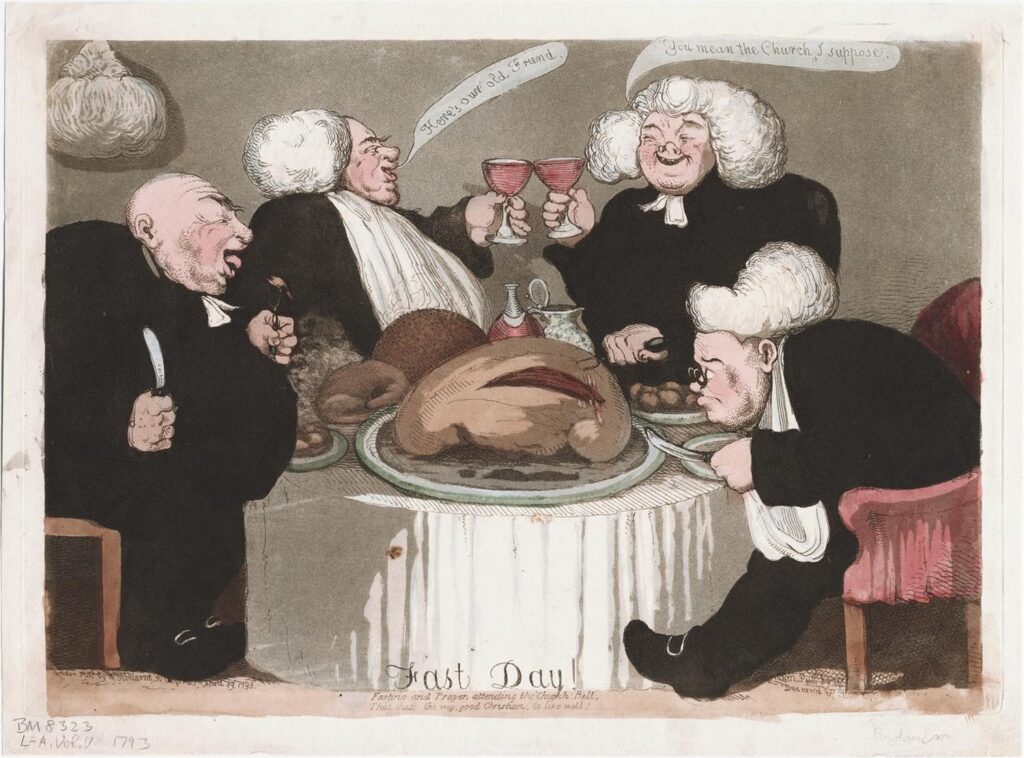 The description of it on the British Museum site  reads: “Four very fat and grotesquely ugly parsons greedily surround a circular table laden with food and drink. The two in the foreground face each other in profile: one (left) holds knife and fork vertically, about to eat; his wig hangs on the wall behind him; the other, stooping near-sightedly, carves a large turkey. The other two stand behind the table, clinking glasses; one (left) says: “Here’s our old Friend”; the other answers with a grin: “You mean the Church, I suppose.”

Below the title appear the words   ‘Fasting and Prayer, attending the Church Bell,
That, that’s the way, good Christians, to live well!’

Taken together, the two prints echo the prevailing charge against the Anglican clergy – that they were over-fond of eating and drinking, more interested in the pleasures of the flesh than in carrying out their ecclesiastical duties.