Maybe you have noticed a theme: coloured mezzotints published by Carington Bowles  and based on original paintings by John Collet. This one is The Victim, and as before I am showing two differently coloured versions. First up, the one held by the Museum at Colonial Williamsburg: 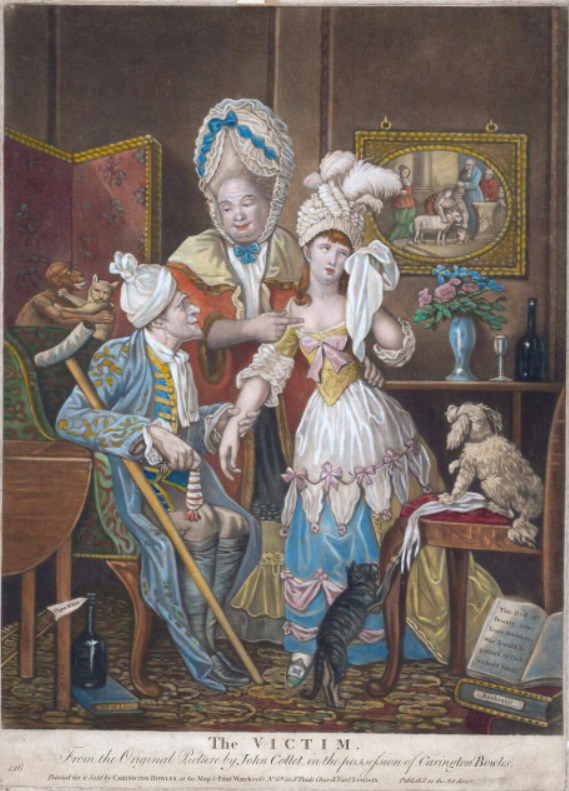 Compare and contrast with the one held by the British Museum. 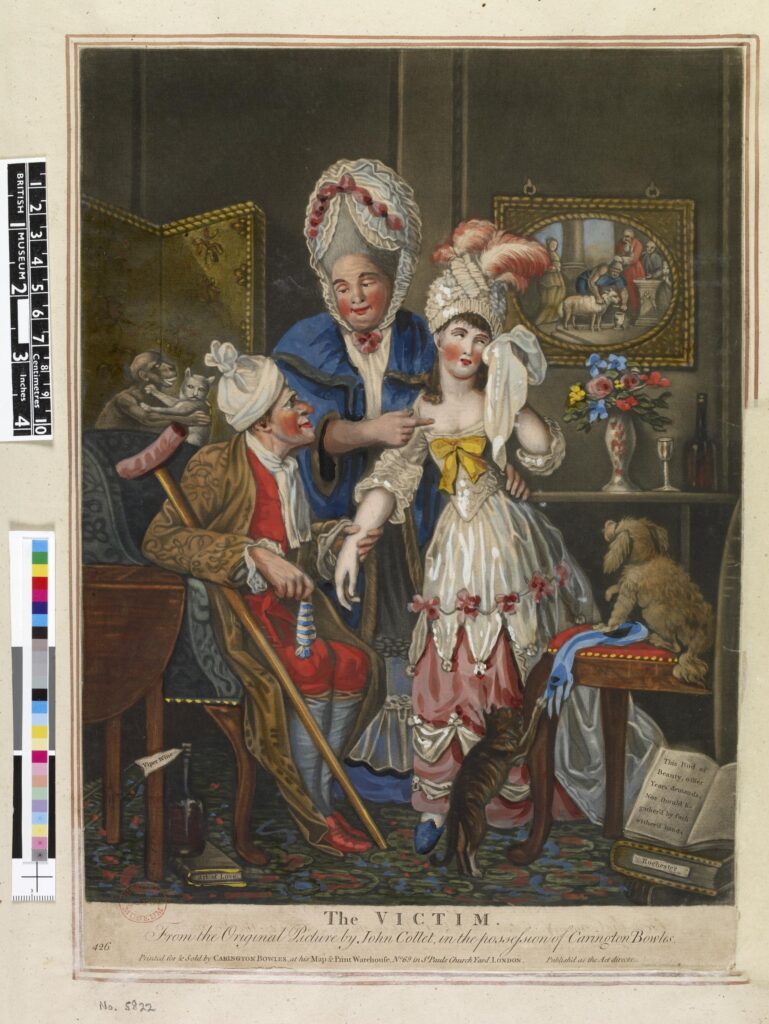 Initially I had read into this that the young girl has already ‘lost her virtue’ and this has come to the attention of the housekeeper, who has dragged her before the elderly employer. Victim she may have been, but she is about to be given her marching orders…..

Then I read the helpful British Museum explanation:

“An elderly man seated in an arm-chair, in night-cap and dressing-gown, a crutch by his side, holds by the wrist a young girl, who is being brought to him by a stout woman. The girl holds a handkerchief to her eyes; she is gaily and meretriciously dressed.
A monkey (left) holds a cat; a dog sits on a chair (right); a cat plays with a glove which hangs from the chair. On the wall (right) is a framed picture of a sheep about to be sacrificed before an altar. On the ground are books: on the “Art of Love” (left) stands a bottle of “Viper Wine”. A large volume (left) is labelled ‘Rochester’, indicating that it contains the works of the rake, Rochester (d. 1680). On it is an open book inscribed:
“This Bud of Beauty, other Years demands,
Nor should be gather’d by such wither’d hands.”

From this it is clear: the ‘withered hands’ are the ones which are about to take away the girl’s virtue. She has been dragged into the room by a procuress so that he can have his wicked way with her. In a sense it is simply a continuation of the initial plate of Hogarth’s The Harlot’s Progress, shown below, where the  innocent young girl, up from the country, is met by Mother Needham. The bawd is intent on procuring the girl for the pleasure of the loathsome Colonel Charteris, shown in the doorway ‘playing pocket billiards’. The young innocent is about to become a victim, but hasn’t yet realized that she is in peril…. The image is on the British Museum site. 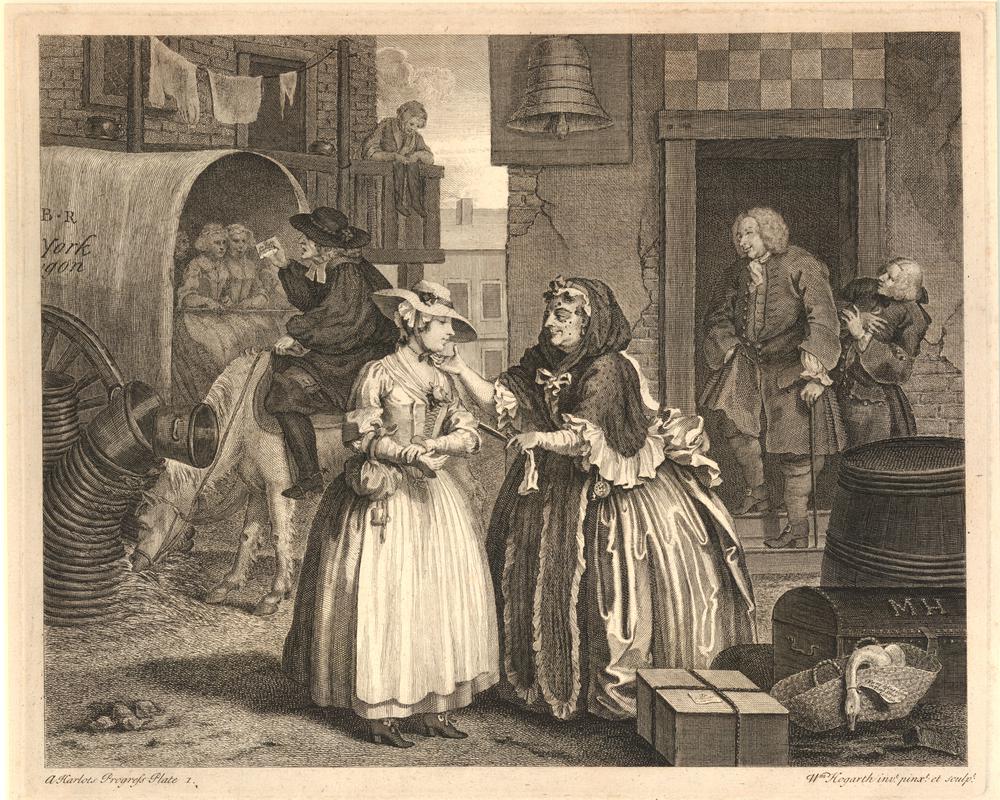 The Victim is simply showing what happens next – the monkey holding the cat, the sacrificial lamb – both signify that the girl is about to be raped. The elderly man holds in his right hand a beaded purse, presumably so that he can pay the woman for her assistance. Not a picture you might want to have hanging on your living room wall….