“About 1 o’clock in the afternoon Robt. Betteridge, whose Father and Mother live at Bourton, was at work as a carpenter in a Well about a mile from Stow. The wall of the Well fell in upon him and he was covered up to the Chin. It was twelve at night before he was released so far as his arms – at last it appeared one leg was about half way got between two stones and with every method used they could not get him out til 7 o’clock at night, on the Wednesday. He was then got out, with his life and limbs being preserved.” 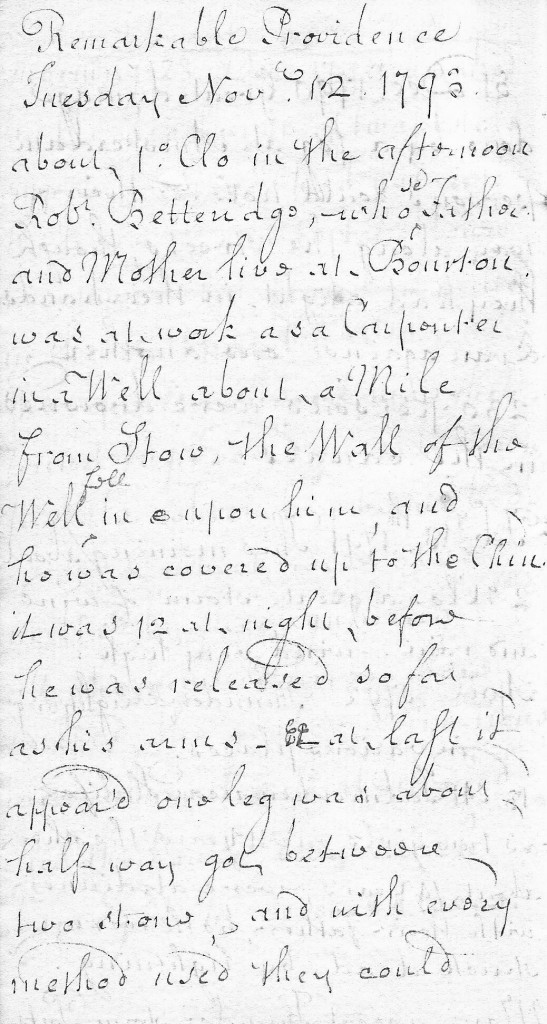 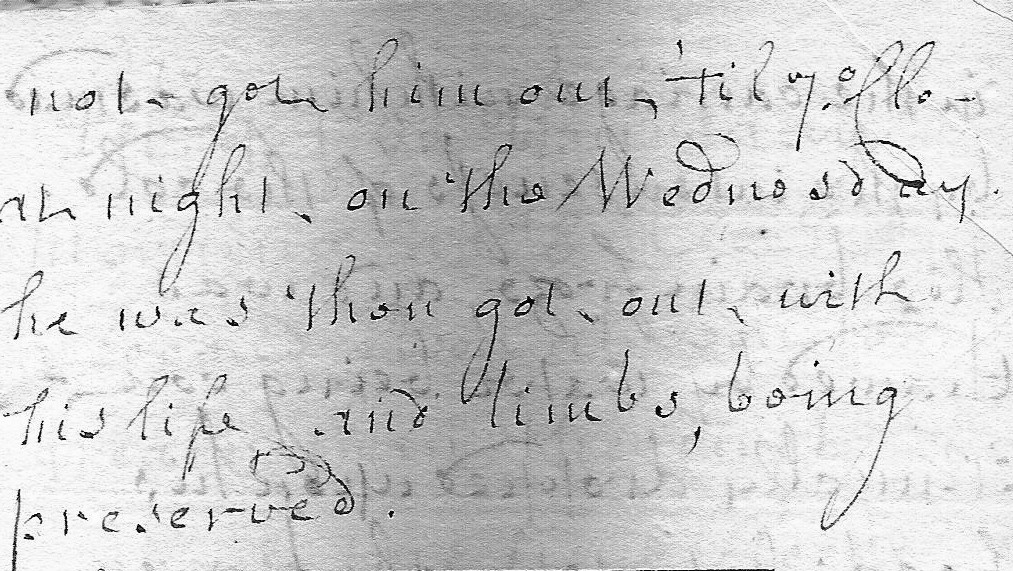 And although it may seem tenuous I think I will end this with a rather lovely Rowlandson coloured etching, dating from 1790. It shows  village life – including the maid at the well. 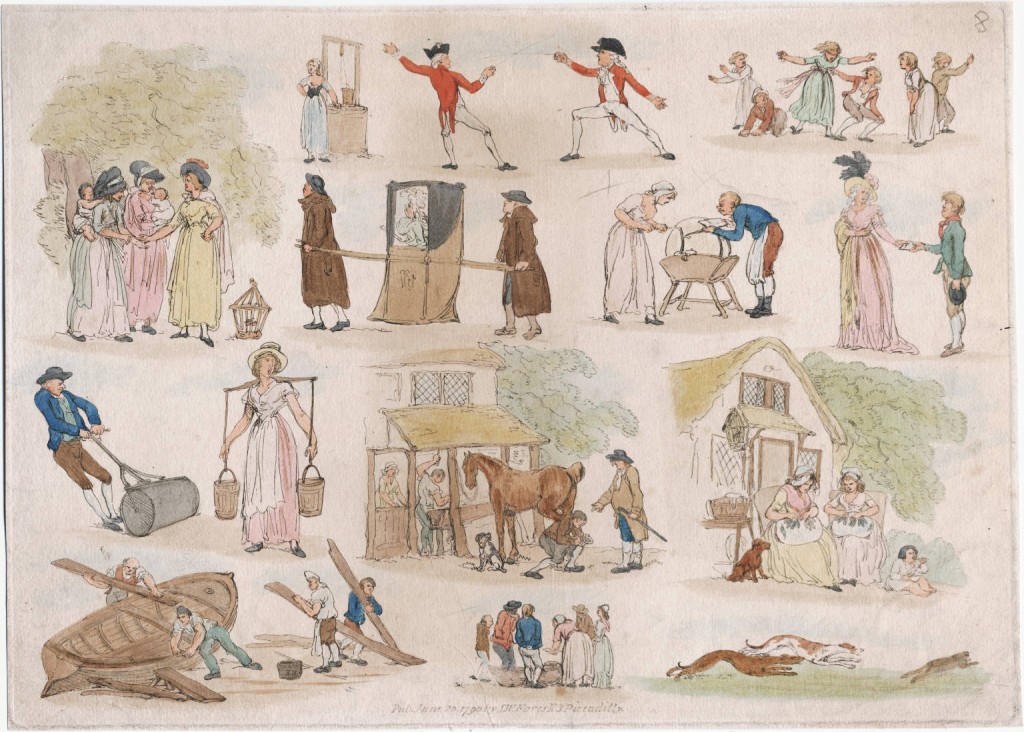 It appears on the Lewis Walpole Library site and is described as showing “Water wells — Duels — Children at play — Sedan chairs — Lawn rollers — Trades: blacksmiths — Cottages — Bird cages — Boats — Hounds — Hares”. A delightful set of images, and it is good to know that young Rob Betteridge lived to fight another day….