Whitebait at Greenwich – the tradition starts right here, in 1780

Writing in 1780 Richard Hall records a trip to across the River Thames to Greenwich with his daughter Martha (a.k.a. ‘Patty’) to eat ‘White Bait’.

When I first read that I had no idea that Richard was right at the start of a craze which swept through the latter part of the century, and by the start of Victoria’s reign had become a firmly established feature on the political calendar.

The first recorded mention of whitebait on an English menu goes back to the early years of the 17th century, but it only became a craze in the 18th century. Shoals of tiny whitebait were abubdant in the tidal waters of the river Thames, and they were popularised as a dish by a fishmonger called Richard Cannon of Blackwall.  At different times of the year they might be baby herrings,  or young sprats – but the emphasis was on small fry, very young fish which could be eaten whole. They were caught fresh and within the hour would be rolled in flour and deep fried, then eaten hot, hot hot! 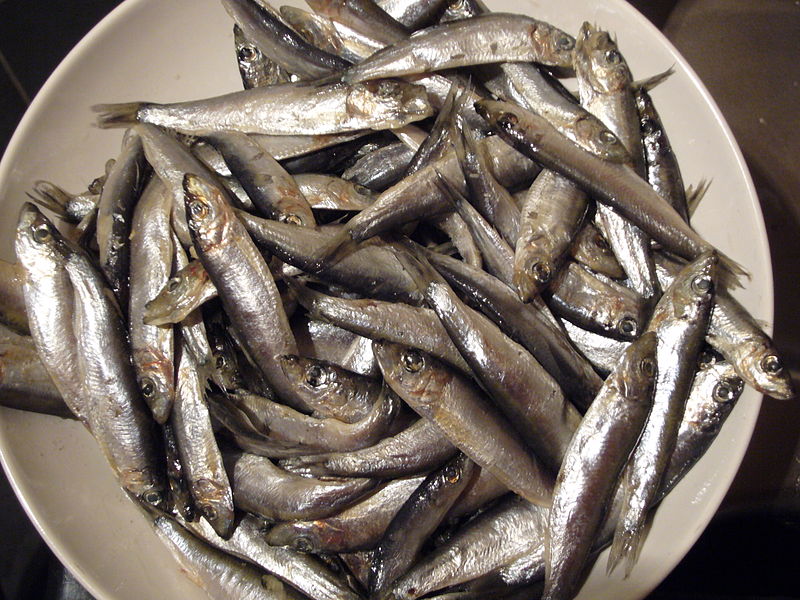 Over time it became the practice of the leading political parties to partake of whitebait in their favourite hostelries. The Michelin Green Guide to London tells us “In the Nineteenth Century Blackwell was associated with political whitebait dinners. The Brunswick Hotel and Tavern was built in 1835 by the East India Company and was patronised by members of the Fox Club  (followers of Charles James Fox); their political opponents headed by William Pitt the Younger, Gladstone and their Whig followers dined at Greenwich  (where the tradition of whitebait dinners still thrives at the Trafalgar Tavern.)”

These political gatherings lasted until 1883 – when Prime Minister William Gladstone held the last one at the Trafalgar Tavern. Ministers were carried from Westminster across the river to Greenwich in specially decorated barges.

In his Life of Frank Buckland, George Bompas describes what became an obsession as follows:

“1880 Her Majesty’s ministers when sitting down today at their whitebait dinner at Greenwich should not fail to recollect that the present year commemorates the hundredth anniversary of the eating of whitebait. It was in 1780 that one Richard Cannon, a fisherman of Blackwall first introduced whitebait as a savoury dish.  The proper whitebait season is considered by the principal fishermen to begin when parliament begins and ends when parliament ends. This is the rule they have gone by for many years past, or to put it in accordance with the Almanack, they  begin with their nets in February and go on until the middle of August.”

A cartoon from Punch in August 1862 – and my apologies for not being able to decipher the name of the agency  (Heritage?) which reproduced it.On that basis Richard and his daughter were involved in the early days of a craze which went on for a century. The restored Trafalgar Tavern may still stock whitebait but you can be sure that they are frozen not fresh, and probably come from abroad since none are fished nowadays from the Thames at Blackwall….

And my chosen recipe? Well I have several, but will start with the Spanish one, using boquerones (unsalted anchovies):

For a more English take on the dish, whitebait require little preparation. Toss the fish in well-seasoned flour (for devilled whitebait, small quantities of dried English mustard and cayenne pepper can be added to the flour), then shallow-fry in a few centimetres of hot oil until crisp and golden-brown. Drain on kitchen paper and serve piping hot with lemon wedges and brown bread and butter. Alternatives include whitebait fritters and whitebait soufflé….

And a final note: the popularity of frying whitebait led to the development of the fish slice with holes cut in it to allow the drainage of surplus fat as the whitebait was scooped out of the frying pan.

“The earliest fish slices date to the first half of the 18th Century. They were …. triangular and pointed with pierced decoration. Their main function was to drain and serve deep-fried whitebait directly from the pan. After 1745, slices were often shaped like a fish. The strict dining etiquette that evolved during the 18th and 19th Centuries may account for this. Very specific items of cutlery and flatware evolved for use with particular foods during this time. To use the incorrect implement would be considered an enormous faux pas. By shaping the slice in the form of a fish, its intended use was clearly demonstrated.

This Old Sheffield Plate fish slice was probably made in Sheffield, around 1782. The blade is flat and in the form of a fish. It is decorated with chasing and pierced ornamentation, which was sawn by hand, requiring considerable skill.”

2 thoughts on “Whitebait at Greenwich – the tradition starts right here, in 1780”