Richard Hall rarely mentioned party politics in his diaries – I suspect that he simply wasn’t that interested. But he did mention politics and current events if he felt that they represented a threat to stable government and the rule of law. 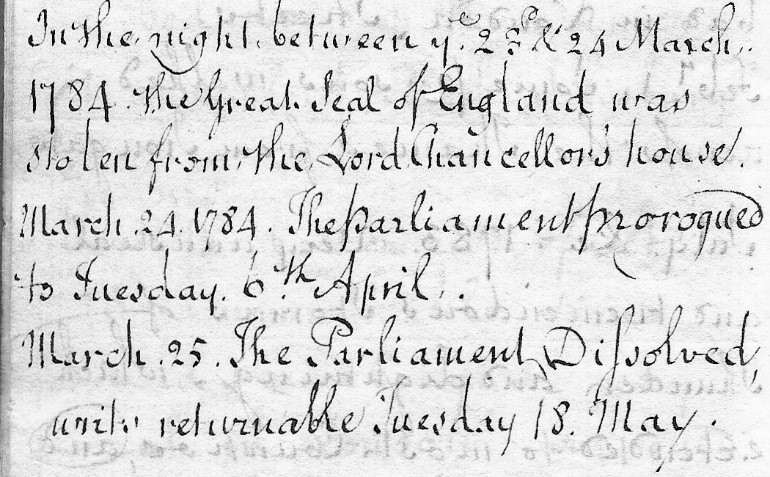 Thieves had broken into the Gt Ormond Street house of Lord Thurlow, the Chancellor, and had stolen the Great Seal, complete with its leather pouch and silk container. It was never recovered and a new seal had to be hastily made the next day. It was all part of a period of turmoil in Britain’s parliament linked to the rivalry between William Pitt, the Prime Minister, and Charles James Fox, the leader of the opposition.

Pitt had been endeavouring to govern from a power-base in the House of Lords. Indeed he was the only member of the government to have a seat in the House of Commons, with all the other Ministers being peers of the realm. But Pitt enjoyed the support of King George III and managed to resist all of the attempts by Fox to force him to resign.

In March 1784 Pitt asked George III to dissolve parliament so he could hold a General Election. Foxite supporters were believed to have been behind the plot to steal the Great Seal, a symbol of royal authority. In the event Pitt was returned to power and 160 opposition M.P.’s lost their seats. Caricaturists of the time suggested that the theft was part of a plot by the Prince of Wales, aided and abetted by Fox, to undermine the power of the Government. Here, a caricature from 1784 showing Fox, dressed as Falstaff, supporting the PoW on his shoulders while he takes delivery of the Great Seal, being handed to him out of the window by a man believed to be Colonel Richard FitzPatrick, who is disguised by wearing a stocking mask. Fitzpatrick was a lifelong friend of Fox, but in reality there is no shred of evidence to suggest that he theft was anything but the work of a petty criminal. 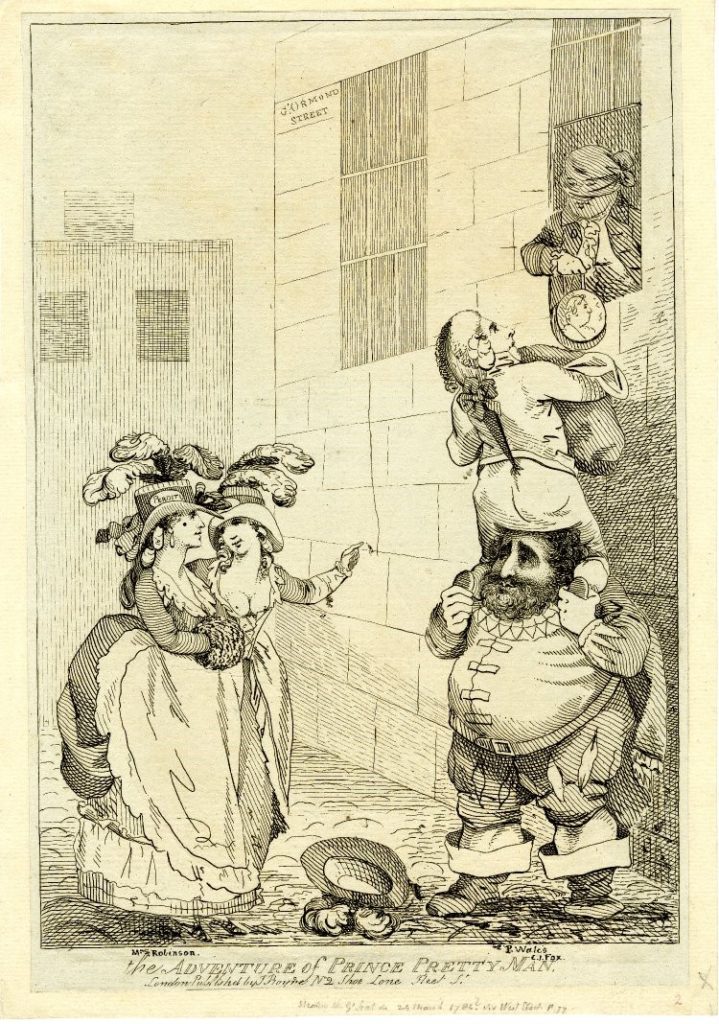 The adventures of Prince Pretty Man, courtesy of the British Museum 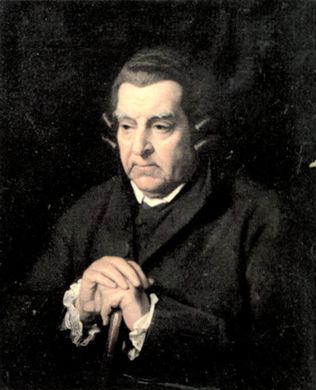 Lord Thurlow, from a painting by Thomas Phillips, R.A.
By permission of the Trustees of the National Portrait Gallery.

But for Lord Thurlow it must have been an embarrassing time, losing the ultimate symbol of his authority. For Richard? Well, it was a time of turmoil and uncertainty – not good for business! He was definitely a Law’nOrder man, who hated any challenge to the status quo because it might be bad for trade.

A wax impression of the reverse of the present Great Seal of England.