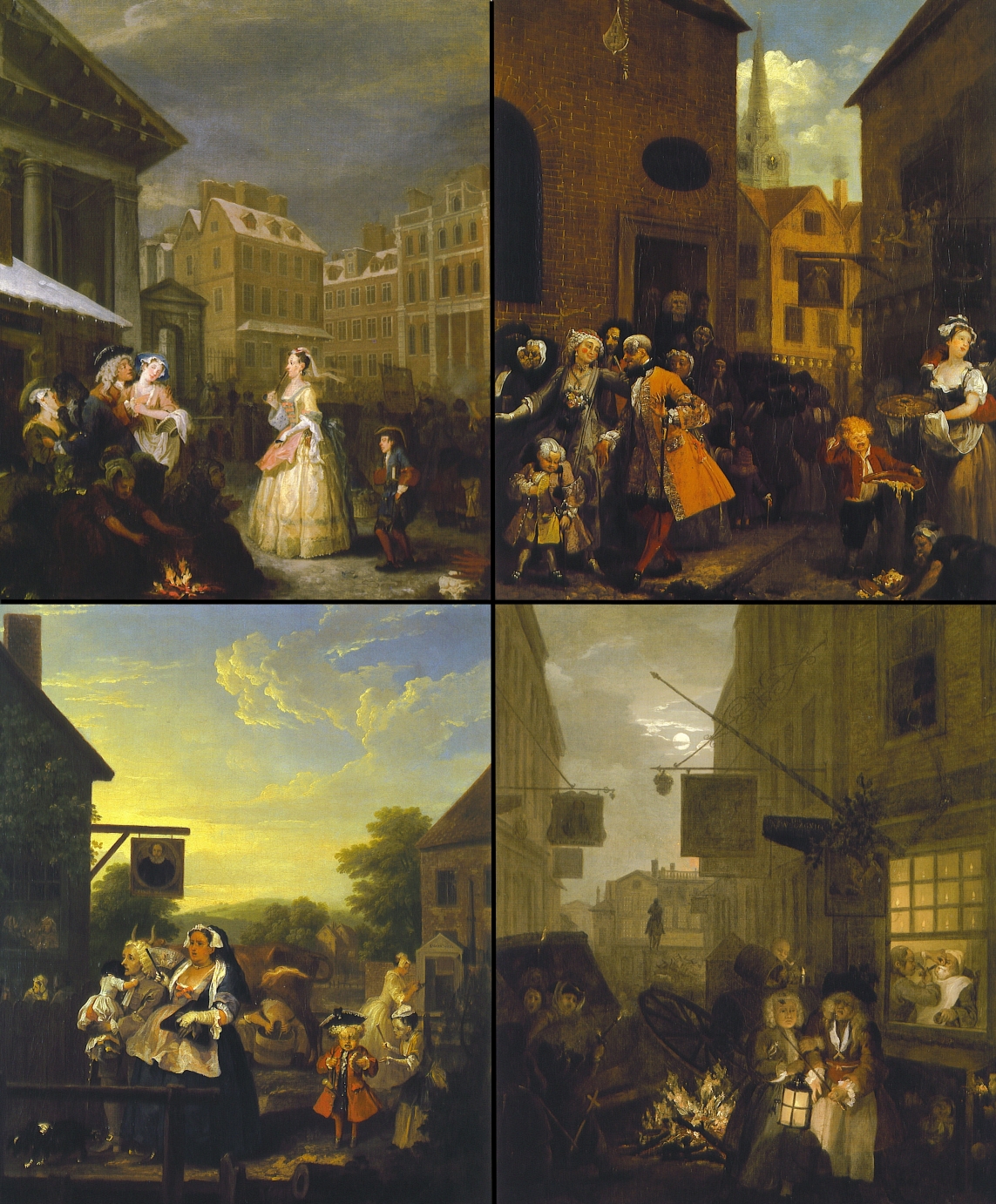 Being a history nerd I happily spend some of my spare time trawling through the Hathi Trust Digital Library site, which has on-line copies of loads of books and newspapers from the Georgian era. I recently came across one book on the site which describes what people of all ages and all classes  got up to on a particular Sunday in 1764. It goes by the somewhat wordy title of ‘Low-life, or, one half of the world, knows not how the other half lives, being a critical account of what is transacted by people of all religions, nations, and circumstances, in the twenty-four hours between a Saturday night and a Monday morning.

O.K. it is tongue-in-cheek, and is poking fun at Londoners for being idle and  vice-ridden. It is dedicated to the artist Hogarth and is intended as a sort of literary accompaniment to Hogarth’s four-part series of  Morning, Noon, Evening and Night. Its anonymous author describes a typical Sunday in London, seen through the lives of a whole host of different citizens – apprentices, merchants, whores, newly-weds – starting at midnight on Saturday. It describes the prostitutes walking the streets, bribing the watchmen with a bottle of Geneva to ‘look the other way’, and explains how midnight was the middle of the working day to many publicans, gin-shop owners and bawdy-house keepers – a reminder how even in the eighteenth century London was a city which never slept, on-the-go right around the clock. It continues with a scurrilous and amusing look at what everyone was getting up to on their Day of Rest, and it occurs to me that anyone writing a novel set in the 1760s could do well to look through the book to get ideas about what peripheral characters could be shown to be getting up to!

Just as an example, here are copies of some of the pages describing Hour 2: 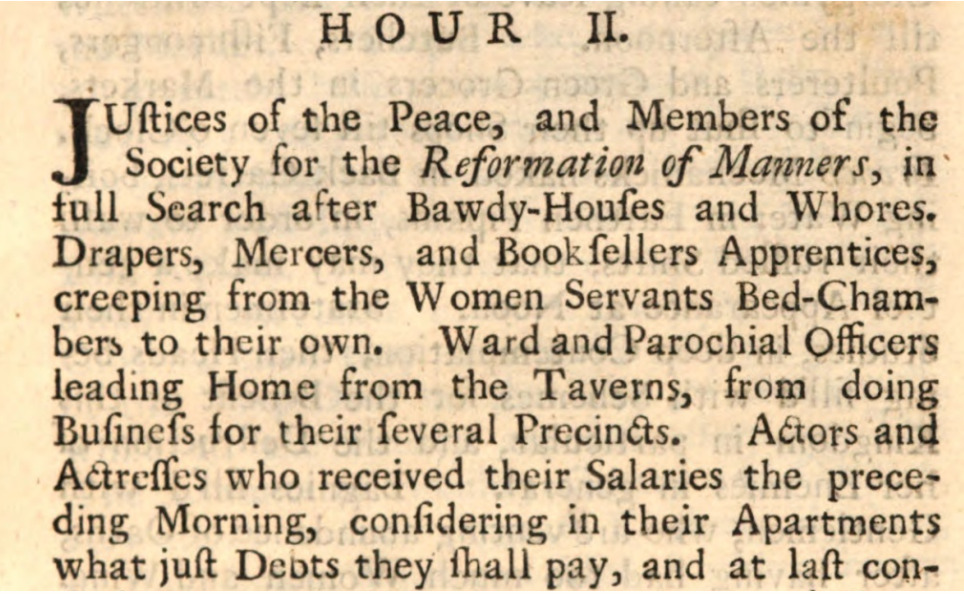 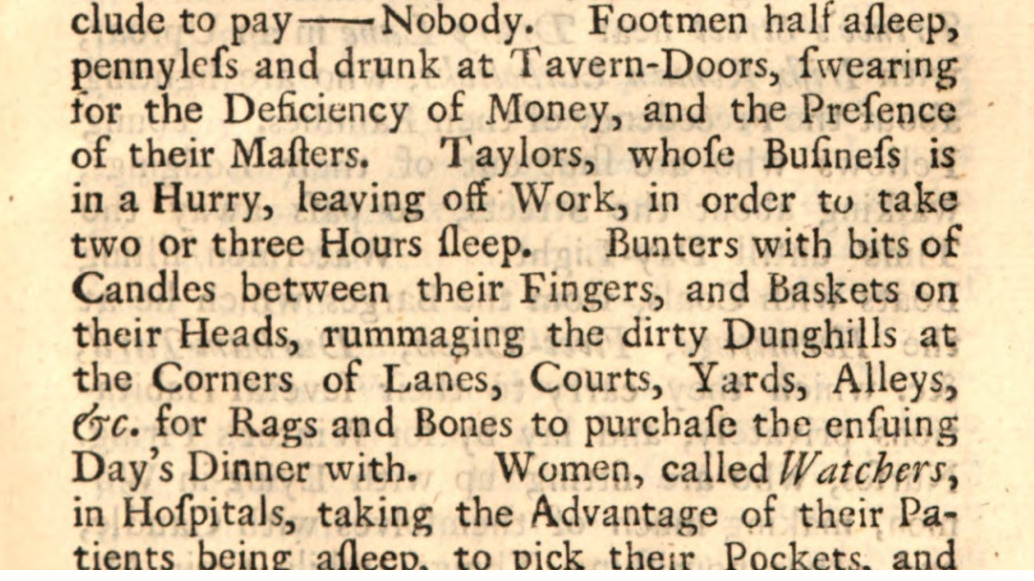 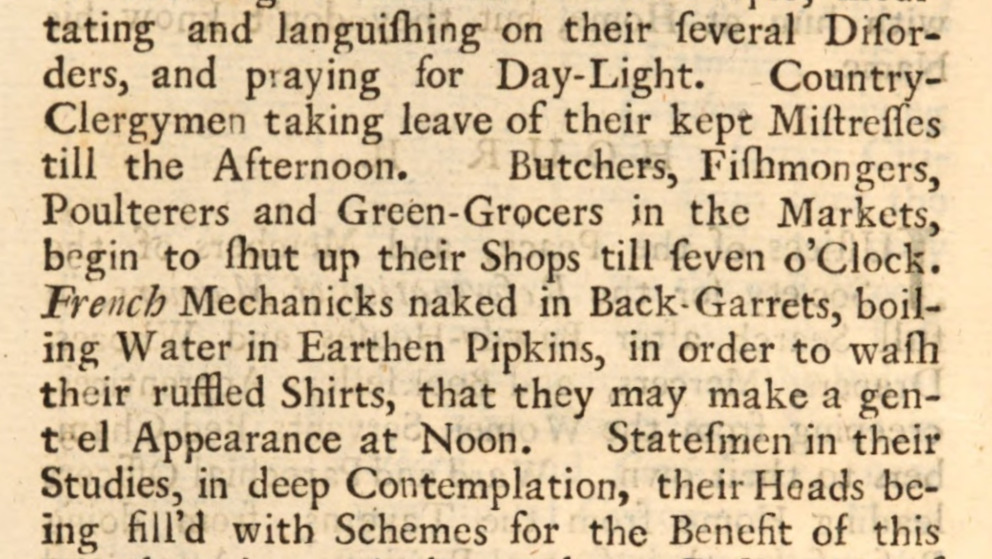 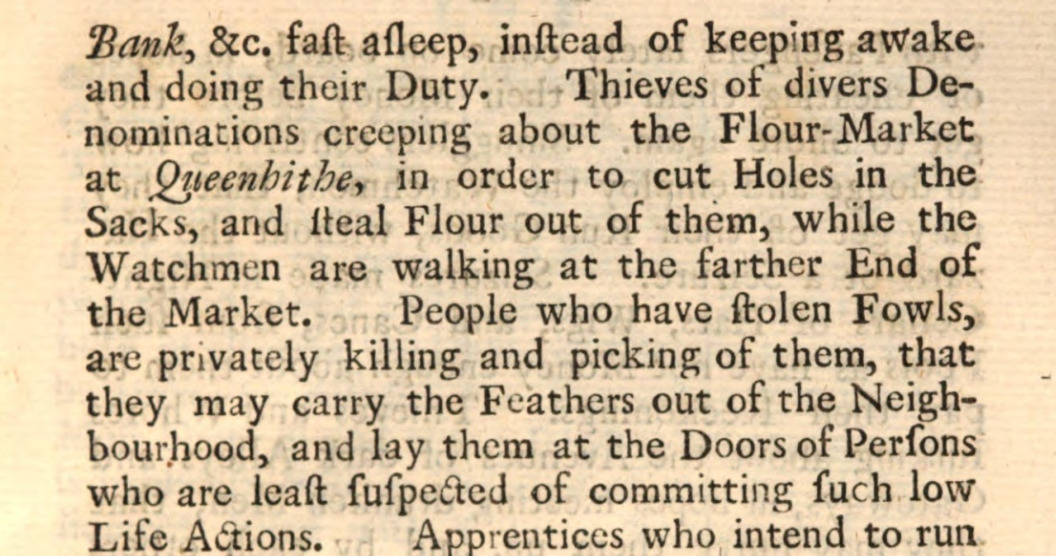 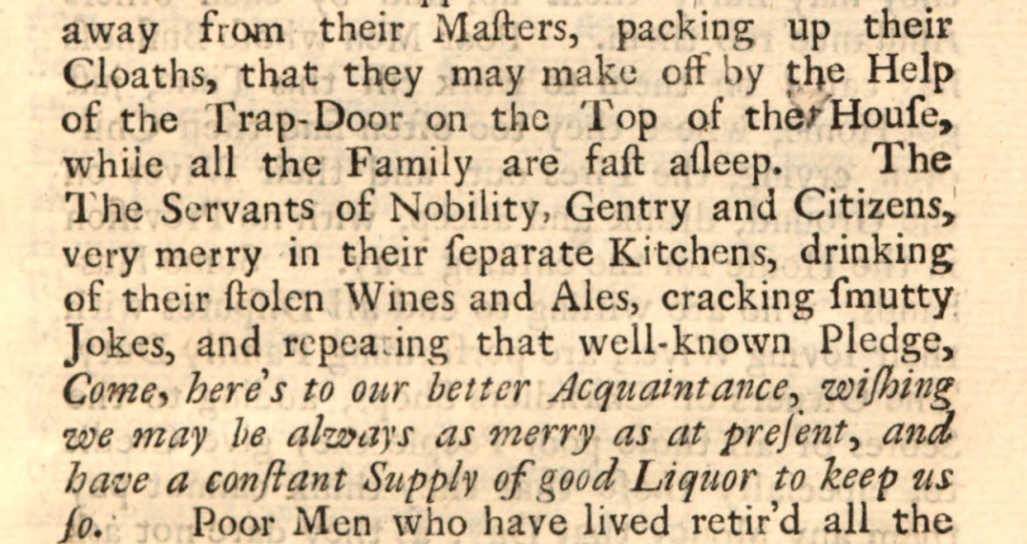 And so it goes on, before moving on to discuss three in the morning; four; five; etc right through until midnight. Some of the examples are delightful and I  just think it paints a fascinating if biased picture of London life. The particular book can be found on the Hathi site here. The great thing with the digitised book is that it is fully searchable – not only that, but it seems to be able to work out when a ‘long s’ is ‘s’ not ‘f’. [On some other sites you have to search separately for, say, ‘Wesley’ and Wefley’ – not here, it reveals both variants]. Hathi Trust is a partnership of academic and research institutions, offering a collection of millions of titles digitized from libraries around the world. To get the most out of it, and to be able to download images, you need to join as a member, but anyone can just browse and see what is on offer. A great research tool for aspiring writers!

One Response to “Writing a novel set in the 18th Century? Try this for background ideas….”